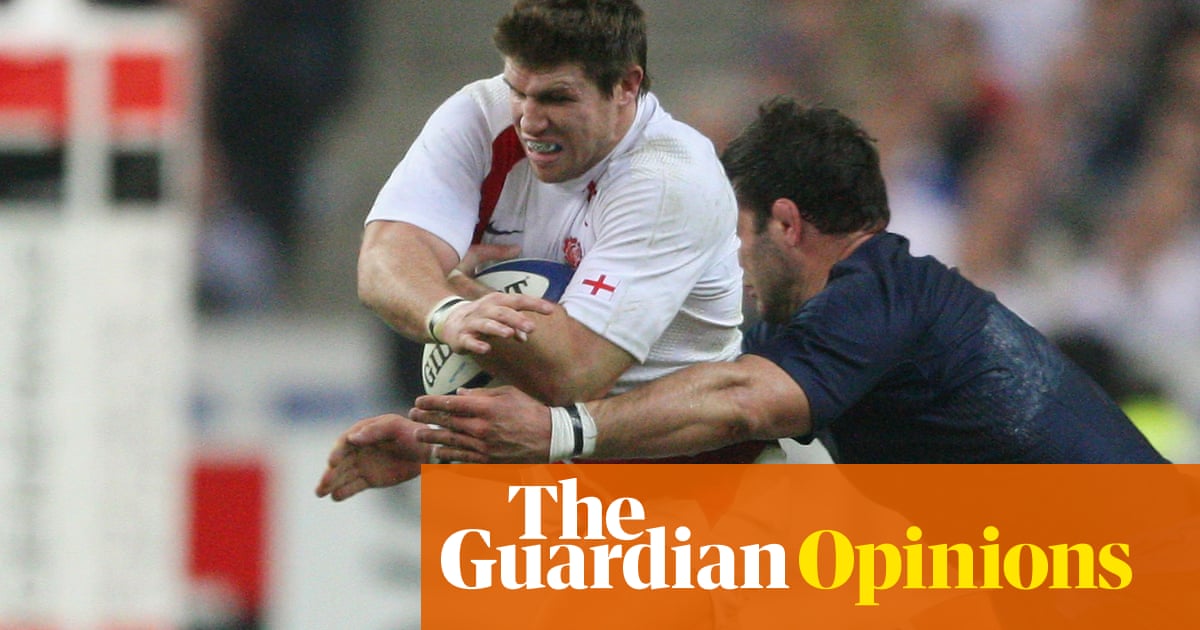 So it’s not the brain injuries after all. Those rugby players diagnosed with dementia in their early 40s, steadily growing in number, must be comforted to learn that the repetitive brain trauma they suffered in their playing careers is but one of 12 modifiable risk factors that might have contributed to their conditions.

This is the latest angle World Rugby has come up with, as the posturing continues in advance of impending lawsuits. Here we are, nearly a year since rugby union was rocked by the news that eight of its former players were suing the sport after their diagnoses of dementia, with scores more of them – now hundreds – waiting in the wings with further symptoms. And World Rugby continues to deflect.

In an extraordinarily insensitive press release and accompanying video, the game’s global governing body declares that brain health is a function of lifestyle choices, that dementia can be held at bay, that there is so much we can all do. That it is up to the players, in other words. Again.

This sits in a familiar basket of policies long favoured by World Rugby, which might be labelled: Blame The Players. It is the same with the high-tackle-red-card fiasco. This is not our problem; it’s those naughty players who keep making contact with each other’s heads.

This time, World Rugby is effectively saying to the players, don’t drink, don’t smoke, eat well, keep exercising, maintain an active social life, do the crossword – for the rest of your natural lives – and all will be well.

Throughout the video on brain health, the 12 modifiable risk factors are flashed up in a circle on the screen, like a ghostly clock face. If you pause it, you can find brain injury in among the others. There it is at one o’clock, tucked in between obesity at two and “less education” (yes, really) in proud position at 12.

It is true the brains of people with higher IQs and/or levels of education are more resistant to the corruptions of those dementing critters that build up in the circuitry of so many over time. Quite what use it is, though, to a retired rugby player to have that pointed out is anyone’s guess.

Which is not to deny the validity of any of these recommendations, but these are general lessons for all of us. Adhering to them will minimise the risk of developing dementia in late life and even, usually, of becoming one of the unlucky five per cent of cases who develop it before the age of 65.

But those diagnosed with dementia in their 30s, 40s or 50s are in a very different category. You could cane it for 24 hours a day on booze and nicotine without leaving your house (“lack of social interaction”, five o’clock), which is next door to a factory (“air pollution” at seven), and your chances of developing dementia in your 40s would be vanishingly small.

If unhealthy living were even vaguely as significant as repeated brain injury, we would already be inundated with cases of early onset dementia from the amateur era, when players were, shall we say, rather less meticulous about their lifestyle choices.

It is offensive to Carl Hayman (41 at diagnosis), Steve Thompson (42), Alix Popham (40), Michael Lipman (40) and their families, to name just a few, when the governors of the sport to which they gave so much imply their devastating conditions might, even in part, be the result of their own “modifiable” lifestyle choices. To see the role of brain injury in their plight if not glossed over entirely, at least relegated to the status of also-ran, one of the 12 …

The shame is that this approach is so unnecessary, for it clouds the announcement of the brain clinic World Rugby is introducing, which is an unequivocally good thing – even if we await any findings with trepidation.

As the independent studies continue to tumble in, documenting brain damage to players currently in action, who live rigorously by the code of the professional athlete, the fear is what a comprehensive audit of the brains of those now retired would reveal.

Meanwhile, it is clear the chances of all this being settled in a civilised manner are as small as Rab C Nesbitt developing dementia by the end of series one. By continuing to deflect, World Rugby is making obvious its intention to hold players responsible before they do their own sport. A few months ago, the Guardian uncovered its attempt to massage data from the 2019 Rugby World Cup to make out rugby is becoming safer than it really is.

This latest cynical exercise in airbrushing is from the same playbook. As always, it is the players who suffer.