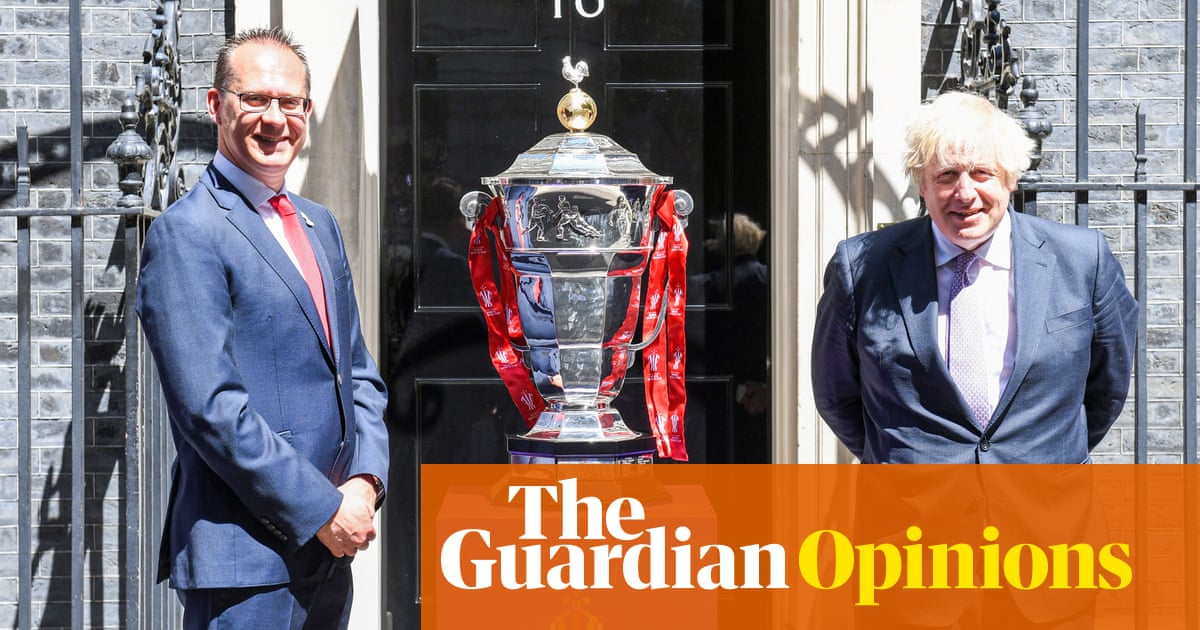 Rugby league is no stranger to finding itself in a state of flux. If anything, few sports are defined by their issues and problems more, but this week, more than ever, uncertainty hangs over the game in Britain like never before.

The headline, of course, is that there will be no Rugby League World Cup this year, with the tournament pushed back to 2022 after the withdrawals of Australia and New Zealand ultimately left tournament organisers with no choice but to postpone.

Yet perhaps unbeknown to the National Rugby League – believed by many to be the chief instigator of the move which led to the Kangaroos and Kiwis pulling out of the World Cup – that decision will have potentially grave ramifications on this side of the world. Australia’s leading clubs are in a biosecure bubble to ensure they complete the NRL season, but there is also a long-held belief in the boardrooms of British clubs that Australian rugby league also operates in a metaphorical bubble where anything outside of their domestic game simply does not matter.

Whatever the reasons for pulling out of the World Cup, there is no doubt the impact will be felt much harder in the British game than it is among its antipodean counterparts. Here, rugby league is practically on life support thanks to Covid-19, with major structural changes being mooted again, and many clubs barely getting through the pandemic – and the financial implications of it – in one piece. Yes, Australia’s clubs have had issues, but nothing on the scale their northern counterparts have had to endure.

The World Cup was seen as a seminal moment not only to generate interest and participation in rugby league in Britain but also to provide much-needed financial stability. There is hope that the significant commercial deals and broadcast arrangements the tournament’s organisers had put in place will still be standing in 2022, but there is also a feeling that rugby league needed that income this autumn not next. There is a very real fear that some clubs outside Super League could struggle to survive.

Few sports depend on income from their communities and supporters like rugby league. With many supporters locked out for the past 18 months, and early crowds post-lockdown much lower than they were before the pandemic, to suggest the sport is walking the financial tightrope would be somewhat of an understatement. There were guaranteed to be sellouts almost everywhere England played. Historic league clubs such as Rochdale were also banking on full houses for other games to bring some vital money in. They must now wait a year to get that pay-off.

That, in part, is why the Rugby Football League was so aggressive in its disapproval of the Kangaroos and Kiwis pulling out: this has effectively only darkened the gloom around the sport from a financial perspective at a time when many were already worrying about where the game went next, and the people hit hardest by the decision of the Australia Rugby League Commission and New Zealand Rugby League are the ones who were powerless to do anything about it.

There is also the social impact of the World Cup which cannot be replaced. Again, generating interest in rugby league in Australia is child’s play, but it is not so simple here. With government funding of £25m, Jon Dutton and his team were able to put community programmes together all across the country which would have left rugby league in a much stronger position to build from the bottom up: a mantra it rarely adopts. Hopefully Dutton – a rare beacon of optimism in rugby league administration – can continue the momentum in 2022 and salvage something from this unfortunate wreckage.

Of course, with a World Cup-shaped hole in the calendar this autumn there are already calls for Super League to use the opportunity to its own advantage and extend a regular season that is in danger of falling apart. Almost 20 fixtures have been cancelled because of Covid-19 issues among the clubs in 2021 and, with only a handful of those successfully squeezed in at a later date, there is growing concern about what happens next.

The integrity of the competition is, to an extent, intact with the decision made to allow clubs to qualify for the play-offs so long as they complete 18 games, a tally most clubs should be able to reach. But the issue was brought to the fore again on Saturday when Warrington’s game with Hull FC was called off because of coronavirius cases in the Hull squad. “I think it’s a worrying time for Super League,” the Castleford head doctor, Nick Raynor, said. “If there aren’t changes outside of the sport to testing and tracing, I worry the season could come under threat.”

Extending the campaign to get those missed games in feels like a possible option for the sport – but not everyone agrees. “I think we should continue as we are,” Hull’s coach, Brett Hodgson, said. “The date for the Grand Final is pencilled in, and from a player welfare perspective I think the guys deserve a longer break.”

That feeling is echoed across the competition by players and coaches but crucially, it is not they who will make the decision. It is the chairmen and chief executives who, perhaps understandably, are looking to find ways to maximise revenue and keep their clubs and the sport’s existence alive. But prolonging this season would be kicking the can down the road as it would yield a shorter pre-season in 2022, leading to a congested season once again before finishing with – hopefully – a World Cup.

The World Cup will take place in 2022 come what may. But the landscape and outlook of rugby league on these shores could look drastically different by the time the Kangaroos and Kiwis finally arrive.