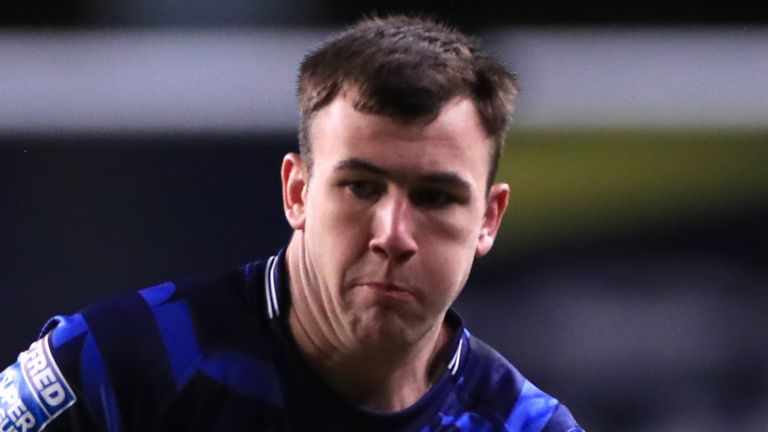 Wigan scrum-half Harry Smith has committed himself to the club by signing a new contract that will keep him with the Warriors until 2024; Smith made his debut for Wigan two years ago and has scored six tries in 22 appearances

The 21-year-old, who has scored six tries in 22 appearances for the Warriors since making his debut in 2019, is now committed to the club until 2024.

“I’ve been here since the age of 14, working my way through the scholarship and academy system and I can’t wait to see myself and the team continue to grow over the next four years.

“The club leaves nothing to chance and you only have to look at the fantastic facilities we have at Robin Park to realise that. I’ve got a lot of friends here who I came through the Academy system with, so it’s great to be able to continue playing with them.

“We also have a great first team squad and a number of players my age who will continue to go from strength to strength. I’m really looking forward to the next four years here at Wigan Warriors.”

Warriors head coach, Adrian Lam, added: “I watched Harry when he played for the England Academy side against Australia and thought him outstanding. I’ve always thought he was going to be a special player for Wigan.”