West Brom Women set for landmark game at The Hawthorns 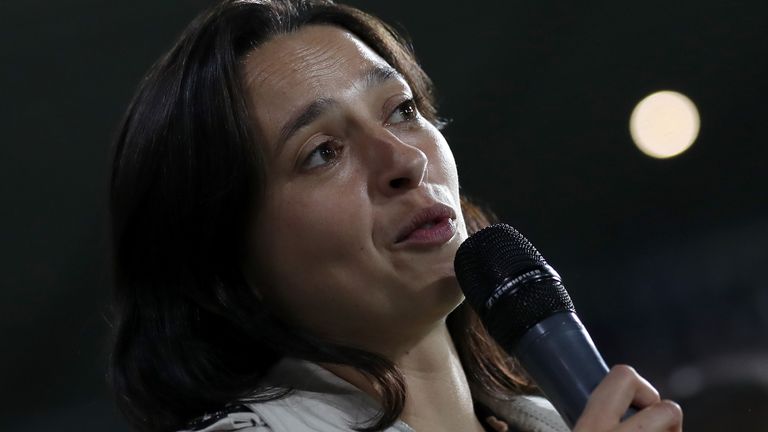 Albion Women earned a hard-fought 1-0 FA Cup fourth-round win over Exeter City last weekend, and can now look forward to a home tie against Championship side Coventry United for a place in the quarter-finals of the competition.

West Brom host rivals Derby County in the FA Women’s National Premier Division the following Sunday on March 6, with this game under consideration to be staged at The Hawthorns, home of the Baggies.

The town of West Bromwich has a significant South Asian population with over a fifth of residents coming from the community.

Both West Brom and Derby have a South Asian female in their first-team squads, with prolific striker Maz Mahmood a key player for the hosts, and flamboyant winger Kira Rai an important member of the Ewe Rams squad.

Rai has spent over a decade at Derby and is sponsored by official club supporters’ group the Punjabi Rams, who are part of the Fans for Diversity campaign.

Sky Sports News revealed on Diwali that the Punjabi Rams were stepping in to become shirt-sleeve sponsors for Derby County Women amid the ongoing uncertainty around the football club as a whole.

? “If I can inspire other South Asian girls to play football, then that’s the main thing.”

Derby County Women footballer Kira Rai admits she is slowly beginning to get used to the idea that she is a role model for girls across Britain’s South Asian community pic.twitter.com/VGm2xoDfR5

Given that March 6 is also two days before International Women’s Day, there is a general feeling that this is the ideal opportunity for West Brom to engage more deeply with the local community and promote their women’s team and girls’ football programmes, as well as their revamped vision for the future.

Dave Lawrence took up a full-time role last year as Director of Football at West Brom Women and has gone about trying to improve the player pathway at the club, with a view to also helping the club establish itself in The Championship by the end of the 2024/25 season.

Speaking after his appointment, Lawrence said: “The vision is to produce a team that is capable of, not just moving into the Championship, but being competitive within the Championship.

“I want players that are currently within our Regional Talent Centre or girls’ academy to represent not just our first team but our first team within the Championship – and possibly even the Women’s Super League – and then go on to national honours.”

‘The aim is to get Albion in the Premier League’

Following his appointment as Valerian Ismael’s replacement as West Brom manager, Steve Bruce says he has arrived at The Hawthorns with the sole objective of getting the club promoted.

Bruce said: “I am delighted to have the opportunity to manage a club that has such great history and tradition. It is a club I obviously know well from my time in the Midlands, and I am already relishing the challenge of taking it forward.

“I did not envisage I would return to management this quickly, but once I got the phone call from Ron (Gourlay), I knew I could not resist the challenge of getting this club back to where they want to be.

“I am coming in with one aim and that is to get Albion to the Premier League.”

For more stories, features and videos, visit our groundbreaking South Asians in Football page on skysports.com and stay tuned to Sky Sports News and our Sky Sports digital platforms.