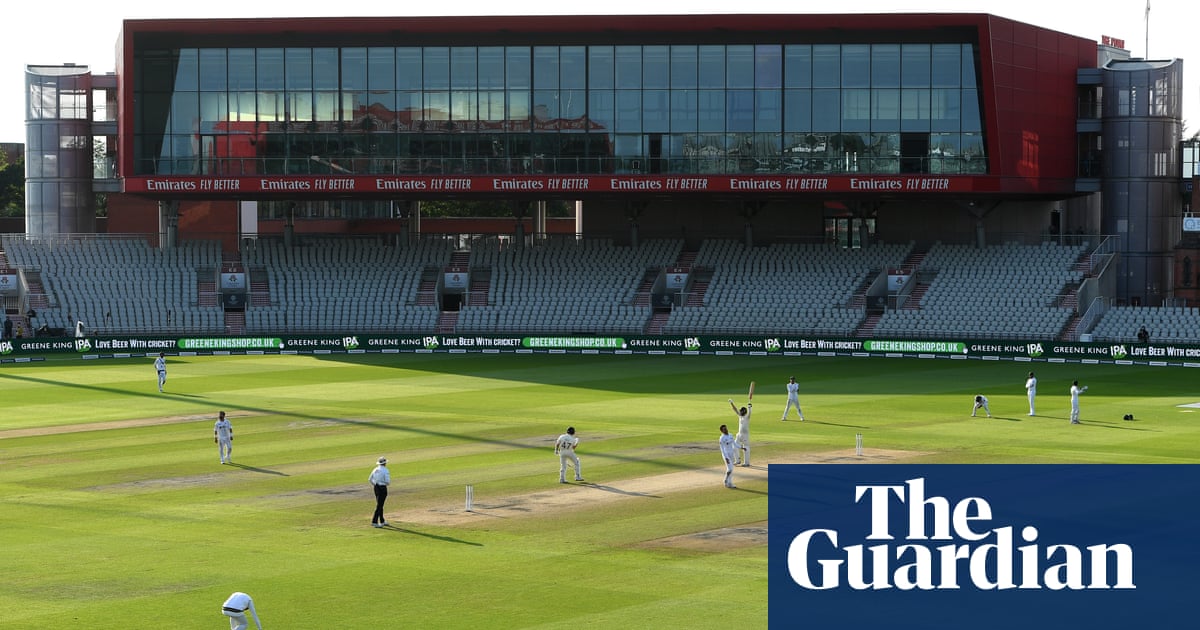 Old Trafford was deemed to be the less comfortable of the two biosecure venues by England’s men last summer, with its city location and smaller perimeter a distant second to the leafy golf resort that is the Ageas Bowl. Some even called it an “open prison”.

But cricket-wise the old ground was also the scene of the three Test wins they managed to secure during that weird season – two against West Indies, one against Pakistan – and thus a source of encouragement as Joe Root’s now weary-looking side hope to beat India in Friday’s fifth Test and escape with a drawn series.

It is much like the most recent Ashes series two years ago, where the only goal come the finale at 2-1 down was to poop the party for the tourists. This also would prevent England ending their home summer with just one solitary Test win, something last witnessed back in 1999 when they dropped to the bottom of the rankings and regime change followed.

The two teams are not staying on site at Old Trafford this week and crowds have thankfully returned since the cricketing vacuums witnessed 12 months ago. But something of a jailbreak performance is still required by England after the 157-run loss at the Oval that, like the defeat at Lord’s, underlined the fact that they are the inferior team unless conditions suit.

The response by Chris Silverwood, the head coach and sole selector, on Tuesday was to announce returns for Jos Buttler and Jack Leach. The pair are a bit more useful than Baldrick’s miniature trumpet and painted wooden duck as an escape plan but the absence of any reinforcements to the seam department points to the bottom of a barrel having been hit.

Lancashire’s Saqib Mahmood would probably have been added for his home ground but has picked up a side strain and Durham’s Brydon Carse, denied a call-up earlier in the series due to a positive Covid test, now has a thumb problem. As such, with Stuart Broad, Olly Stone and Jofra Archer long-term absentees, the seamers in the squad who could freshen things up are the previously dropped Sam Curran and previously injured Mark Wood.

Wood has to play, both as a point of difference pace-wise on what is usually the bounciest Test pitch in England and also to exploit any reverse swing on offer. That India crucially got just a smidgeon on the final afternoon at the Oval to extinguish hopes of a record chase, and England did not 24 hours earlier, was one of many differences that added up to the final result.

By this stage both Jimmy Anderson and Ollie Robinson were wilting and hit a combined 340 overs for the series, while Chris Woakes – exemplary on his return with seven wickets and a half-century – sent down 47 in the match and said his body was “barking” afterwards. Wood for the underused Craig Overton seems the obvious tactical swap but how the other three pull up will still be key here.

It may be that one of Robinson or Anderson accepts the need for a breather (likely grudging in the case of the former on home turf), especially if conditions look like they will suit Leach. Some will say the left-armer should be playing regardless, not least with Moeen Ali an attacking spinner who struggles to deliver control or maidens, but the mood music from England is that he is there to provide the option of playing both spinners.

Buttler’s return after paternity leave creates a logjam in the middle order and though Moeen played the worst shot of the three players who failed to fully capitalise when well set on the crucial second day at the Oval, Jonny Bairstow could be the one to step aside after flattering to deceive. Ollie Pope made 81 and England remain hopeful he is one for the long term.

But then hope is what seems to be underpinning England’s batting, because, bar an encouraging start to the alliance of Rory Burns and Haseeb Hameed at the top of the order with two century stands in three innings, they still have only one banker for consistent runs in Root. And as this week showed, even his celestial form will have off days.

India by contrast appear to have just one bad headache in the shape of Ajinkya Rahane’s flatlining form and clearly some good ones if a cricketer like Ravichandran Ashwin cannot get a game. Even Jasprit Bumrah and Mohammed Siraj (who like Anderson and Robinson have played all four Tests) were still tearing in on the final day and if one now needs a break as a result, Mohammed Shami is on standby to slot back in.

Needless to say England are feeling the absence of Ben Stokes while he takes a break for mental health reasons and there are no guarantees the all-rounder will return this winter either. Silverwood, due to name England’s squad for the T20 World Cup on Thursday, said on Monday evening he had not spoken to the all-rounder about this recently.

Instead they are discovering what some frankly herculean performances from Stokes over the previous two years were masking in Tests and, bar Robinson, the leading wicket-taker this series, plus some green shoots of recovery from Hameed, it is hard to point to much tangible progress during this time.

It may yet be that they get out of jail with helpful conditions in their former “open prison”, take the gloss of India’s tour and avoid joining the class of ‘99. But as good as Virat Kohli’s tourists are, and as hard as some absences have been felt, schadenfreude and dodging ignominy would not feel like success.