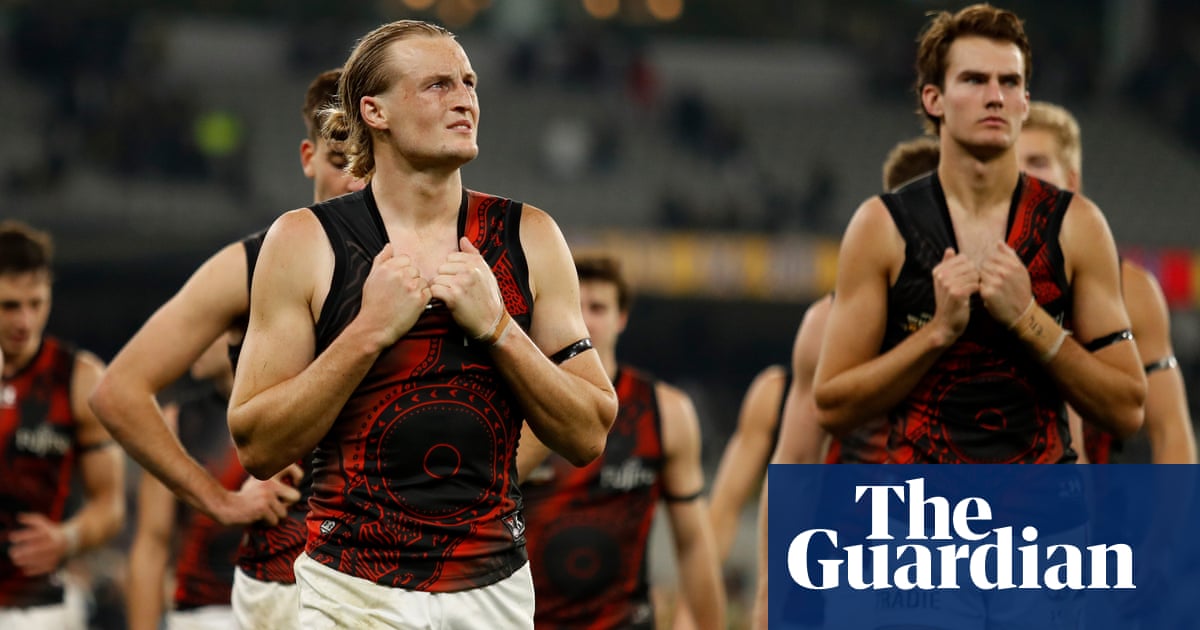 A few years ago, the Sunday Age columnist Tim Boyle recalled a conversation with Kevin Sheedy at a draft camp. The teenager was spooning some mashed potatoes when Sheedy sidled up to him. “Ever hit anyone, Boyley?” he asked. That was the era. And that was Sheedy. He was always wary of cerebral types. He preferred tradies and farmers. His teams, particularly in the early days, lunched on the meek. “Half the time you were playing for self-preservation,” Dermott Brereton once said of Essendon games. “You didn’t know if you would be whacked, split open, broken nose, have your ear ripped off, broken jaw.” To which Sheedy chimed in. “You went to war – absolutely. Do you want to fill stadiums, or do you want to go and play with plasticine, or get on a skateboard, or catch a wave, or listen to music?”

Perhaps Sheedy covered similar territory in his recent speech to the Victorian state opposition. But modern footballers generally don’t respond to that sort of talk. They talk about connection, about vulnerability, about walking into the club on a Monday with a smile, irrespective of the weekend’s result. Ask any teacher, coach or parent of a teenager whether that stuff resonates anymore, and they’ll laugh, just like Boyle laughed at Sheedy. It’s a very different society, and a very different generation of footballers.

The old legends, and plenty of Essendon supporters, hate it of course. They want these guys to bleed. They want them to go to war. They want tortured apologies when a player shirks a contest. They ask, as Matthew Lloyd did last week, “where has the nastiness gone?”

When Dylan Shiel was mocked by his Sydney opponent, it fitted neatly with the view that Essendon is too nice, that it’s playing with plasticine. He was straight from central casting – he makes good money, he’s down on form, and he doesn’t play a particularly robust game.

There was talk of ‘mental disintegration’ and of ‘humiliation’. Many pundits had a few bob each way. They spent half the week talking about the need to protect the head, mispronouncing the word ‘sacrosanct’ and lamenting the number of former champions whose brains are ruined. They spent the other half pining for the days when men like Ronnie Andrews settled scores at Windy Hill. Lloyd himself weighed in from the Channel Nine studio. “I would have ploughed straight through Parker,” he said, “and got him to the ground and said ‘you will never treat me like that again.’”

All week Essendon had been labelled soft, weak, and pathetic

The football field has never been safer. But the way we report on and frame the sport is pitiless. The football world loves a pile-on. As Shiel walked into training, the snouts of microphones were shoved in his face. He probably felt like one of those rogue plumbers on A Current Affair. The captain went on ‘The Couch’, not exactly football’s most relaxed piece of furniture. He dropped a few F-bombs and defended his coach and teammates. The coach himself was bailed up by Channel Seven’s Tom Browne. “What do you make of this noise that he’s playing scared,” Browne asked. Such is the lot of the senior coach when your team is underperforming. You have to look people like that in the eye, try and keep a straight face, resist the urge to get physical, and somehow protect both player and brand.

On May 18, 1974, at half-time of an Essendon-Richmond game, one of the most infamous brawls in the history of football broke out. Sheedy was playing for Richmond. Andrews copped a six week suspension, and would probably get six years these days. A six-year old kid wandered into the middle of it all. A dozen policemen had to break it up. That evening, Gough Whitlam defeated Billy Snedden in a federal election.

Forty-eight years later, as Australia voted out a prime minister, the two sides met again. All week Essendon had been labelled soft, weak and pathetic. They finally flew the flag. They tackled. They pushed and shoved when remonstration was called for. At no point did they mentally disintegrate. But they never looked like winning. They dropped chest marks. They had no forward targets. Yes, they brought effort. But as Damian Hardwick told his players before the 2019 grand final: “we can take any bastard’s best shot … and then we start to steamroll.”

And so, come Monday morning, the cycle repeats. The president will address a membership base that’s at its wits end. Another review looms. When you’re a big, polarising club, and nothing’s going right, it can feel like the footy world’s closing in on you. There’s almost a sense of violation. Why do you have to be like this? What’s wrong with you? Just bring some fucking effort.