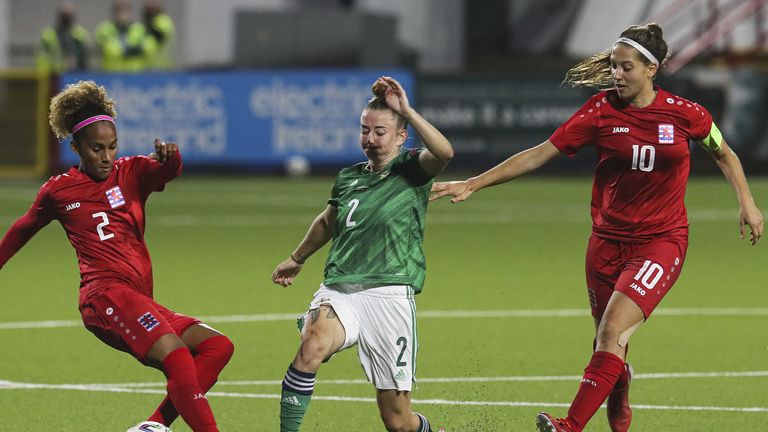 Wales are one point away from securing a Women’s World Cup qualification play-off place after a 1-0 victory over Greece.

Carrie Jones’ first international goal settled the contest in Volos, the teenager slotting home at the second attempt in the 34th minute after Gemma Evans had flicked on a long free-kick into the box.

The three-point haul in their penultimate qualifier keeps Wales second in Group I and they will clinch a play-off spot if they avoid defeat against third-placed Slovenia in Cardiff next Tuesday.

Sarah McFadden opened the scoring with a well-placed header from Demi Vance’s 52nd-minute corner, but the home side equalised in the 80th minute when Amy Thompson’s shot went through the hands of goalkeeper Jackie Burns.

However, Thompson was immediately sent off after being shown a second yellow card, seemingly for taking her shirt off in celebration, and Northern Ireland took advantage when McKenna fired into the bottom corner with five minutes remaining.

Although Kenny Shiels’ side cannot qualify for the World Cup in Australia and New Zealand next summer, the win secured third place in Group D behind England and Austria.