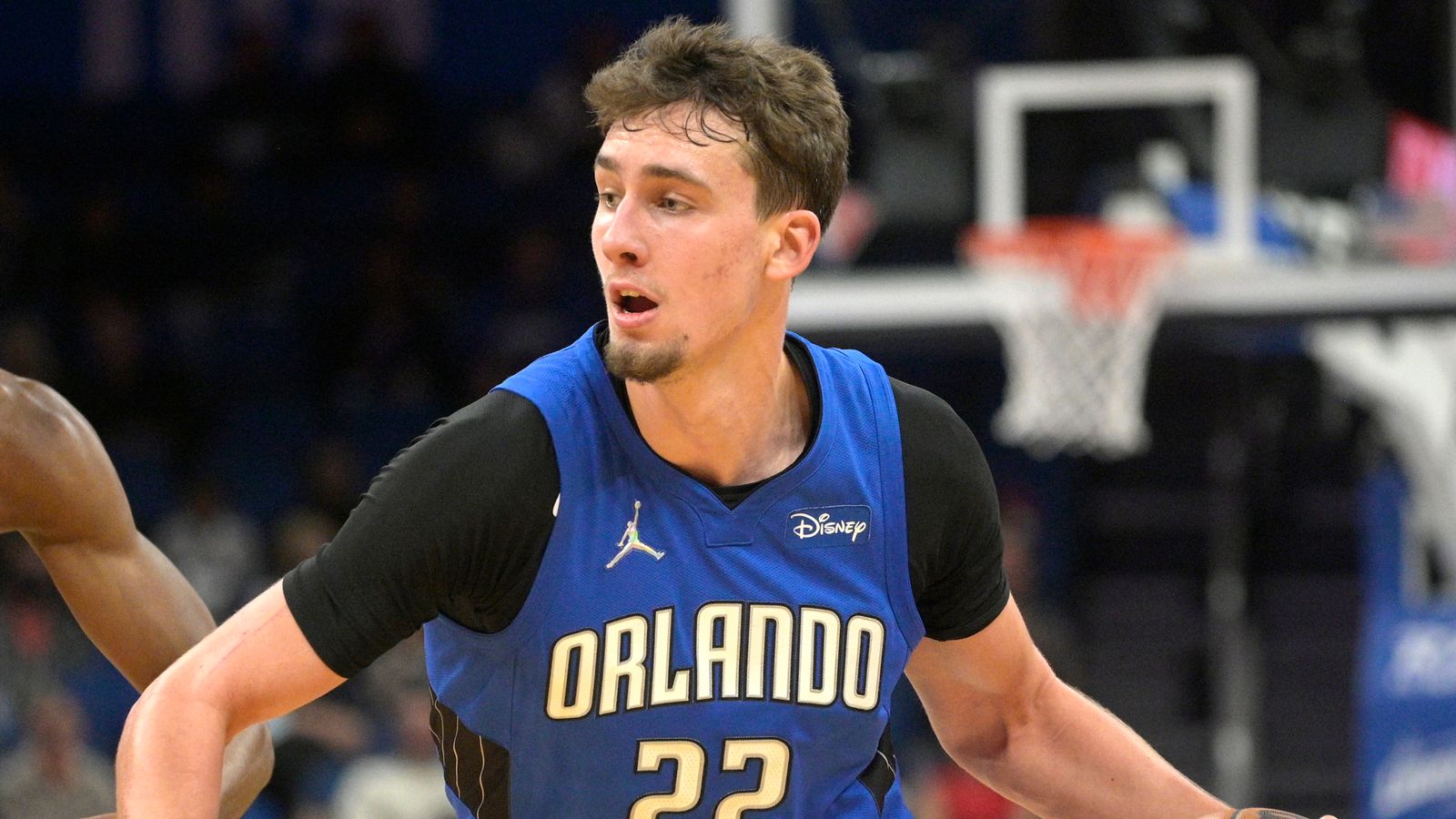 This year’s NBA Rookie of the Year race is turning into a bit of a classic with five legitimate contenders to grab the much-vaunted end-of-season award.

Some of the winners within the last decade include Luka Doncic, Damian Lillard, Kyrie Irving, Karl-Anthony Towns and Ja Morant so it’s often a very good indicator of players who can go on to become superstars – or who arrive in the league that way.

Perhaps it would be a stretch, so far, to say that any of the contenders in this year’s race have quite reached that bracket yet, but the new leader is the Orlando Magic’s Franz Wagner and he’s fresh off putting up 38 points matched up against the Milwaukee Bucks and former defensive player of the year Giannis Antetokounmpo.

That output helped him surge to the top of the rankings, but he’s closely followed by the Toronto Raptors’ Scottie Barnes who has impressed north of the border; Cavaliers big man Evan Mobley, who is a walking double-double and blocks specialist oozing superstar potential with his versatility; top pick Cade Cunningham who is getting up to full speed after missing a chunk of action at the start of the year; and flashy passing Australian Josh Giddey who’s dropping some eye-popping dimes for the Oklahoma City Thunder.

It’s an exciting race and promises to be one of the closest races in recent years after Morant and last year’s winner. LaMelo Ball both were comfortably the favourite choices in the past two years.

The top five are all in with a chance of winning the award, with Mobley, Barnes and Wagner all now having led the way in the rookie ladder rankings at some points.

Here is how they look heading into the new year…

If showing up truly is 90 per cent of life, then the Orlando Magic’s rookie wing continues to pace the Class of 2021. Wagner scored more points last week (58) than the other Top 4 rookies on this Ladder combined and nearly matched them in total minutes – and that’s without counting his big night Tuesday against the Bucks (career-best 38 points). He has been this rookie crop’s iron man with 35 appearances and has logged 1,100+ minutes before any of the others has reached 1,000. He fills a real position of need for the Magic, with lead roles at both ends. With only Thursday’s rematch against Milwaukee to go in December, Wagner’s 19.5/5.3/3.3 in 13 games should serve him well in East Rookie of the Month consideration.

With postponements and his own stint in the Health and Safety Protocols, Barnes hasn’t played since December 18. He still tops the Raptors in double-doubles (5) but his stats have been stuck with the layoff. Games, practices and individual development all have gotten stalled, not ideal for first-year guys. But based on his early-season play, Barnes probably will do better than most at slipping quickly back into rhythm.

Mobley returned from the league’s protocols after the Ladder’s weekly Monday’s stats cutoff. But it’s worth noting he had 22 points on 9-of-12 shooting with seven boards but was a minus-8 in Cleveland’s loss in New Orleans Tuesday. Now the challenge is how well he plugs holes left by other missing Cavs in their absences. He tops all rookies with 46 blocks and ranks sixth in the NBA with 1.8 bpg.

Hardly seems right, slipping a rung when other Ladder denizens didn’t play at all. But Wagner was special and Barnes and Mobley are back or nearly so. And then it was Cunningham’s turn, after just one appearance last week, to get shelved for the same reason. His skills are obvious but consistency remains a goal, and he is bedevilled by turnovers and fouls. He has 11 games of 2+ steals and 35 total steals in his first 25 games, second in Detroit history only to Grant Hill’s 50 in 25.

Giddey’s performance in his most recent game before entering the virus protocols wasn’t just quirky, it was historic: 10 rebounds, 10 assists, zero points. A scoreless double-double reportedly is something that happened only once before in NBA annals, back in 1971 when Cincinnati’s Norm Van Lier went for 13 assists and 11 boards without scoring in the Royals’ 34-point drubbing of the Los Angeles Lakers. Giddey’s club beat New Orleans, its fourth victory in five games. He shot 0-of-8 and didn’t attempt a free throw.