Verstappen vs Hamilton: What was said about near miss 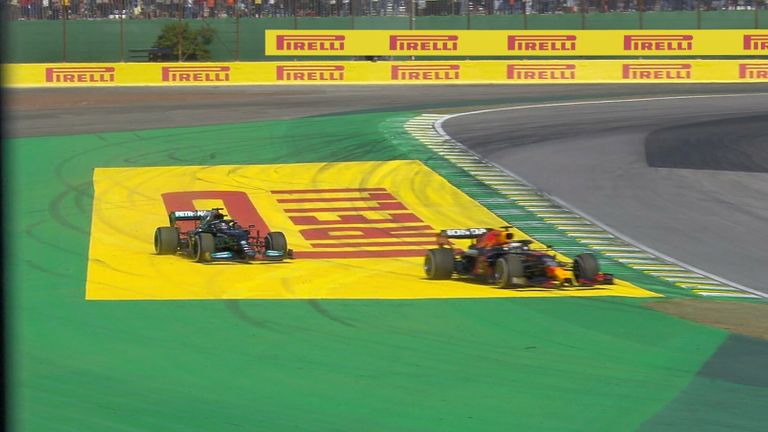 In a season of gripping – and sometimes controversial – racing, Max Verstappen and Lewis Hamilton had another flashpoint on track as they duelled for the lead at Interlagos; What happened and what was said…

What happened in the incident?

As so often has been the case in this gripping championship duel between two great drivers and teams, Max Verstappen and Lewis Hamilton found themselves battling for the lead into the closing stages of a race.

Both drivers were racing to the finish at Interlagos having completed their second pit stops (Verstappen – lap 40; Hamilton – lap 43) and as they crossed the line to start the race’s 48th lap were separated by just 0.483 seconds.

With Hamilton enjoying great straight-line speed in addition to the boost of DRS for being within one second of the leading Red Bull, the Mercedes was starting to look menacing and Verstappen moved slightly left into the turn-one braking zone to ward off any advances his rival might make there.

But as they dived down the Senna S and then through the Curva do Sol, Hamilton remained in prime position to attack as they arrived onto the backstraight and the next DRS zone.

Moving out from behind Verstappen to the right s they powered down towards Turn Four, the Mercedes got its front wheels ahead on track on the outside line as they prepared to brake for the oncoming right-hander.

But Verstappen was still on the inside and wasn’t going to give the place up easily, staying there as they reached the braking zone. The position of the Red Bull forced the Mercedes wide, and having just about avoided contact, both cars then left the track before rejoining with Verstappen still ahead.

“I wonder what the stewards will make about that?” said Martin Brundle immediately on Sky F1 commentary.

“He [Verstappen] didn’t shove him off the track but he certainly ran him out of road.”

What was Race Control’s view?

Race Control unsurprisingly swiftly confirmed they had ‘noted’ the Turn Four incident and next had to decide whether it required further investigation by the stewards.

When told by his race engineer Peter Bonnington the near-miss was being looked at, Hamilton replied: “Yeah, crazy.”

“Michael, that is all about let them race,” said Wheatley, in reference to the intended approach of allowing the drivers to go wheel-to-wheel without every incident necessarily requiring investigation and penalty.

Masi replied: “Yep, no problems. That’s why I’m just having a look at that, Jonathan. There is nothing further than that. Thank you for your input.”

On lap 53, Race Control confirmed that no investigation was required.

Hamilton, calmly but sarcastically, then said “of course” when that decision was relayed to him by Bonnington.

Ron Meadows, Wheatley’s counterpart at Mercedes, then asked Masi: “So crowding off track and gaining an unfair advantage – and no action necessary?”

Masi responded: “Ron, having looked at it all completely it was one of those. Obviously had a good look at it, that’s why we’ve gone for no investigation,”

What did the drivers and bosses say about it? 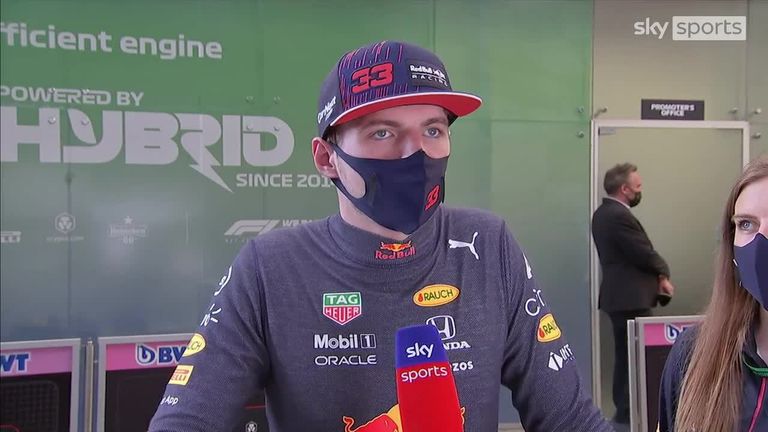 Red Bull
Max Verstappen: “We both braked really late into the corner of course trying to get the position, so I think that was fair enough.”

Christian Horner: “It’s two guys running hard. Lewis has got a run around the outside, Max has gone in deep, they’ve both gone wide. It would have been really unfair to penalise on that. If it was the other way around, I would have told my sporting director to have a moan about it but I wouldn’t have expected really anything from it.”

“I’m not going to get into that. I need to look back at it. It’s a racing incident at the end of the day. It doesn’t really matter. I got the result I needed.”

Toto Wolff: “Lewis didn’t want to comment, I’d like to comment. Brilliant racing; I think you put the helmet on and said that that’s hard defending just to the limit. Lewis was super clever avoiding the contact, so it was great to see these two super drivers. But not giving it a five seconds [penalty] or so? Come on.”

What happened in the end?

Of course, as it turned out, such was Hamilton’s speed that he overtook Verstappen anyway without any controversy on the same run to Turn Four on lap 59, sending the Briton on his way to the most impressive of comeback victories after two separate grid demotions through the sprint-format weekend.

The result moved Hamilton seven points closer to his Dutch rival in the championship, meaning there are 14 points now between them heading towards the Middle East and the final three rounds of an astonishing season.

Three to go: How it stands in the title chases

“We’ll arrive next week in Qatar for Practice One and see what it’s all about. Tune in!”

The lap-48 controversy was ultimately not decisive here in terms of the destination of the win, but it’s almost certainly unlikely to be the last time in the concluding weeks of the season that the duelling pair find themselves eyeing up the same corner at the same time. The stakes will only keep getting higher.