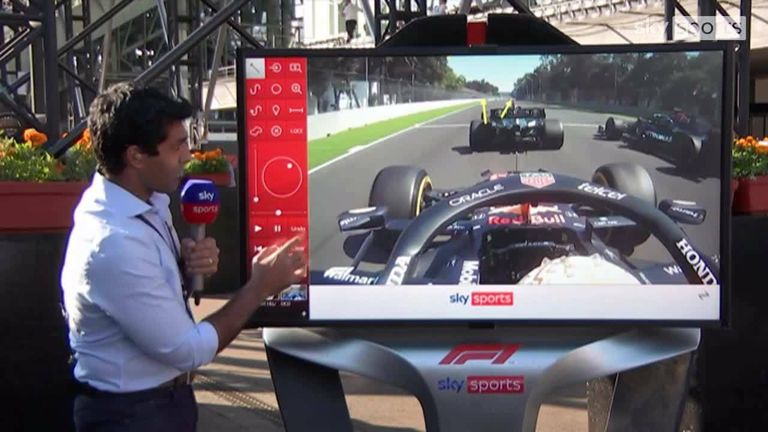 “It was a great move and it could be a defining moment in this championship,” suggests Sky F1’s Jenson Button of the overtake that took Verstappen from third to the lead in Mexico – and set up a runaway victory which increases his championship lead to 19 points with four races to go Max Verstappen said it was “crucial” he overtook the Mercedes cars at the start of Sunday’s Mexico City GP as he reflected on a victory that edged him further away from Lewis Hamilton in the duel for F1’s world title.

In a start-line move that Sky Sports F1’s Jenson Button said could prove to be “defining” in the final weeks of this year’s championship, Verstappen went three-abreast with Valtteri Bottas and Lewis Hamilton on the long slipstream-friendly run to the circuit’s first corner – and brilliantly emerged ahead.

Verstappen went on to win at a canter ahead of Hamilton and told Sky F1: “It was crucial to get that start sorted and get them into Turn One.

“I never thought about it too much. I just said to myself ‘let’s see what happens’.

“Once we went three wide I knew on the outside exactly where I wanted to brake. I also knew if the guys tried to copy where I was braking they were not going to make the corner.”

Button, the 2009 world champion, was impressed with the move – and believes it could prove to be significant in the season’s final outcome over the next month.

“It was a brave, brave move around the outside of the Mercedes’,” said Button.

“He knew where to brake, he’d been braking there all through the weekend, and it was a lot easier on the racing line.

“But he had the confidence to turn in and know they were not going to tap him on the rear. It was a great move and it could be a defining moment in this championship.”