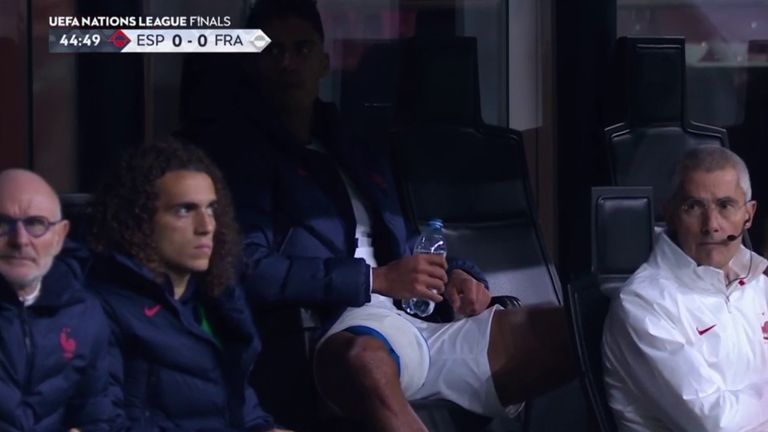 Manchester United defender Raphael Varane was forced out of the UEFA Nations League final before half-time due to injury.

The France centre-back hobbled off after appearing to pull up while running, and was seen with ice on his right thigh after being replaced by Dayot Upamecano on 43 minutes.

It will come as a major concern for United boss Ole Gunnar Solskjaer, who is already without Harry Maguire for their next Premier League game away to Leicester on Saturday.

The score was goalless at half-time between France and Spain, after Italy earlier sealed third place in the Nations League with victory over Belgium.