US sprinter Ross banned for three years after fake email 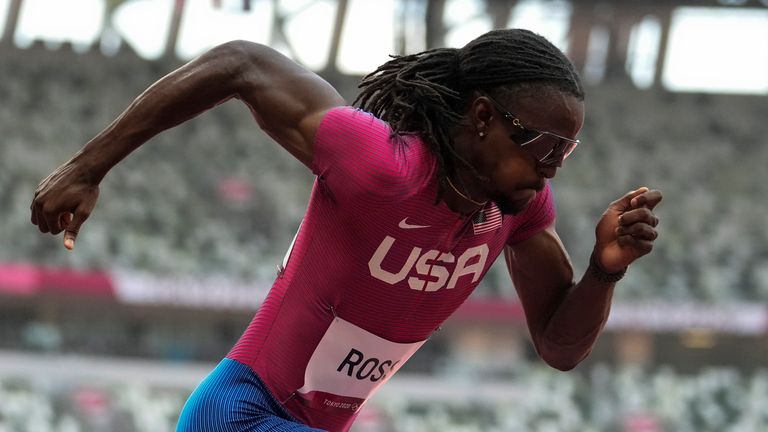 Sprinter Randolph Ross has been suspended until June 30, 2025 and will be ineligible for the Paris Olympics in 2024; he had been provisionally suspended on the eve of his race at the world track and field championships

United States sprinter Randolph Ross has been banned for three years for whereabouts failures and faking an email to anti-doping authorities.

The Athletics Integrity Unit announced Tuesday the back-to-back NCAA champion from North Carolina A&T will be suspended until June 30, 2025, meaning he will be ineligible for the Paris Olympics in 2024.

Ross had been provisionally suspended on the eve of his 400m preliminary race at the world track and field championships in Eugene, Oregon, on July 16, about a month after officials could not locate him to take a doping test – his third whereabouts failure in a 12-month period.

The 21-year-old had provided a copy of an automatic email “allegedly confirming an update made to his whereabouts information for the relevant period,” the AIU said.

The sprinter “immediately admitted” he had altered the email when he was questioned by the AIU representatives, the unit said.

He won his second straight title in the 400 meters at NCAA championships in June.

Ross won an Olympic gold medal as part of the 4x400m squad at the Tokyo Games in 2021, though he did not compete in the final. In the 400m, he was eliminated in the heats in Tokyo.