Tuchel: I picked the wrong team 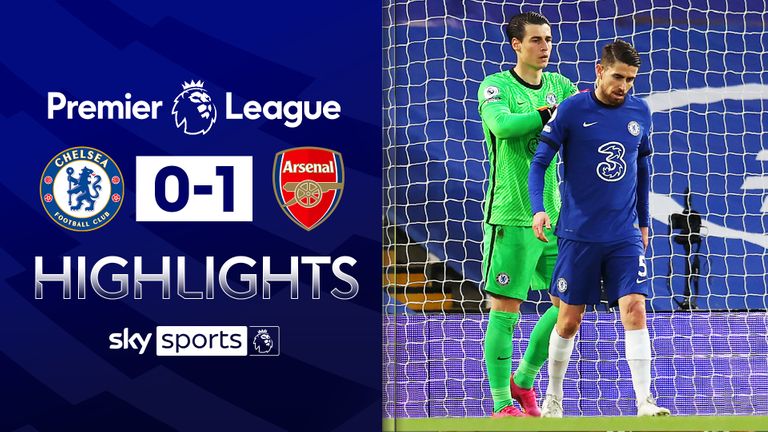 Thomas Tuchel blamed his own team selection for Chelsea’s 1-0 defeat by Arsenal, after making seven changes to his line-up ahead of Saturday’s FA Cup final.

Tuchel suffered only the second defeat since taking charge at Stamford Bridge with the Blues unable to cut through a defensive Arsenal side who hung onto their 16th-minute opener, scored by Emile Smith Rowe after a Jorginho defensive howler.

That defeat, which opens the door for Liverpool to cut their cushion inside the top four to only a point, came less than three days before Tuchel will lead his side out at Wembley in Saturday’s FA Cup final to face Leicester, who will enjoy a day more of rest having played Manchester United on Tuesday.

Having already made five changes to face Manchester City at the weekend from the side that beat Real Madrid in the Champions League semi-finals, Tuchel kept only four players from that game to face the Gunners on Wednesday night – and admitted it had been a step too far.

He told Sky Sports: “We had three days, we are on a good run, we had a good mood. The choices were not so good today from my side for the line-up so that’s on me. We were unlucky, of course. But we did everything today to lose.

“I’m not happy with my line-up. It’s easy to say afterwards. But it was too many changes, I should not have done it like this. It’s something in particular – but I will not tell you.

“I did not feel us in the same way involved, sharp with intensity and energy like the last game and these are the per cents who are missing today.”

Tuchel further suggested his line-up may have provided a psychological shock to his team ahead of Saturday’s final, telling his post-match press conference: “We all lacked concentration and focus, that is very unusual.

“Maybe I gave some signs to the team that Saturday is on my mind, even if it’s only five per cent, or one per cent, that is not how you approach things and you get punished, because you cannot be naive.”

Chelsea’s result opens the door to both West Ham and Liverpool, who will sit three and one point behind them if they win their respective games in hand, but the manager took solace from the fact his side’s fortunes are still in their own hands with only two games left to play.

“It was always a big fight,” he said. “It’s still in our hands. Another chance missed. But we had some good results so we have to cope now with a loss.”