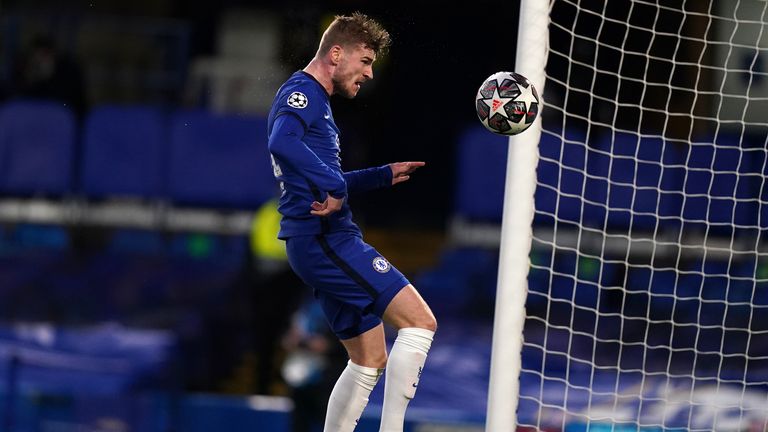 Tuchel’s side set up a Champions League showdown with City on May 29 in Istanbul with a 2-0 win over Real Madrid at Stamford Bridge on Wednesday night, going through 3-1 on aggregate.

It’s the second all-English Champions League final in three years, and while Tuchel says April’s FA Cup semi-final win over Pep Guardiola’s side doesn’t give them an upper hand, it does make them confident of a repeat performance.

“No [it doesn’t give us] the upper hand, but it gives us a good feeling, it gives us confidence. We played the semi on the edge. They are the benchmark and we wanted to close the gap to Man City. We will need the same level of performance again. It gave us belief, because it is the highest level you can face.

Tuchel was full of praise for the way his side stayed positive during Wednesday’s clash, having missed nearly half-a-dozen find chances to double their lead after Timo Werner’s opener. The second goal eventually came late on through Mason Mount.

‘We wanted it badly’

Speaking about his impressive four months at the club so far, which has included 18 clean sheets in 24 games, Tuchel said: “It’s worth it every single day so far, I work for an amazing club from the first day, I felt huge support from day one, and I am grateful to be on the sideline of this team.

“This was another energetic performance full of positive attitude and hunger, the spirit to go.

“Their heads were never down. Even after these big chances, they were positive. We are not done yet. we are in two finals now, and the sacrifice, I personally gave was worth it from day one.

“I’m pretty happy with what I see. [When I arrived] I thought individually and as a group they were strong and had great behaviour, and that never stopped. It’s a pleasure to be in the dressing room.

“We hang in and fight our way through, we use our bodies and work rate, and if we cannot out play them we out work them.

“They didn’t step back, they never got frustrated, I never saw a change in mentality or body language, it was very positive and very brave. We didn’t regress. We really wanted it, wanted it badly.

“Pure individual quality, to hang in there, to continue with positive body language, to hang in physically, and the mental attitude like today, to stay aggressive and active, to never stop trying, play for the second ball, never allowing Real to push us deep, this is really huge. I am absolutely delighted with this spirit, and big credit, big congratulations to the team.”

Mount: We should have had five!

“I can’t put it into words. It was a great performance. We should probably have had about five. I should have had one 20 minutes before I scored. We had that desire. We wanted to win.

“It is not over. I have won nothing yet but we have two cup finals that we want to win.”

Former Chelsea man Eden Hazard made only his second start since January for Real Madrid, but was largely ineffective at his old home. His manager, Zinedine Zidane, says the Belgian needs to find some self-belief.

“We tried but Chelsea were the better team today and you have to congratulate them. I also want to congratulate my players for what we’ve done this season. We gave it a go but we were up against a team that was better than us today.”

When is the Champions League final?

This year’s final between Chelsea and Manchester City will take place in Istanbul on Saturday, May 29.

The Ataturk Olympic Stadium famously staged the 2005 Champions League showdown, when Liverpool came from 3-0 down at half-time to beat AC Milan on penalties.

UEFA has not yet confirmed the kick-off time, but say detailed information regarding the capacity for the match, travel and ticketing details will be communicated publicly by the end of the week.

What’s next for Chelsea in bid for top four?

Chelsea now go to Man City on Saturday Night Football, live on Sky Sports Premier League at 5.30pm, knowing that a City victory will wrap up the Premier League title for Pep Guardiola’s side.

And what’s next for Real in La Liga title race?