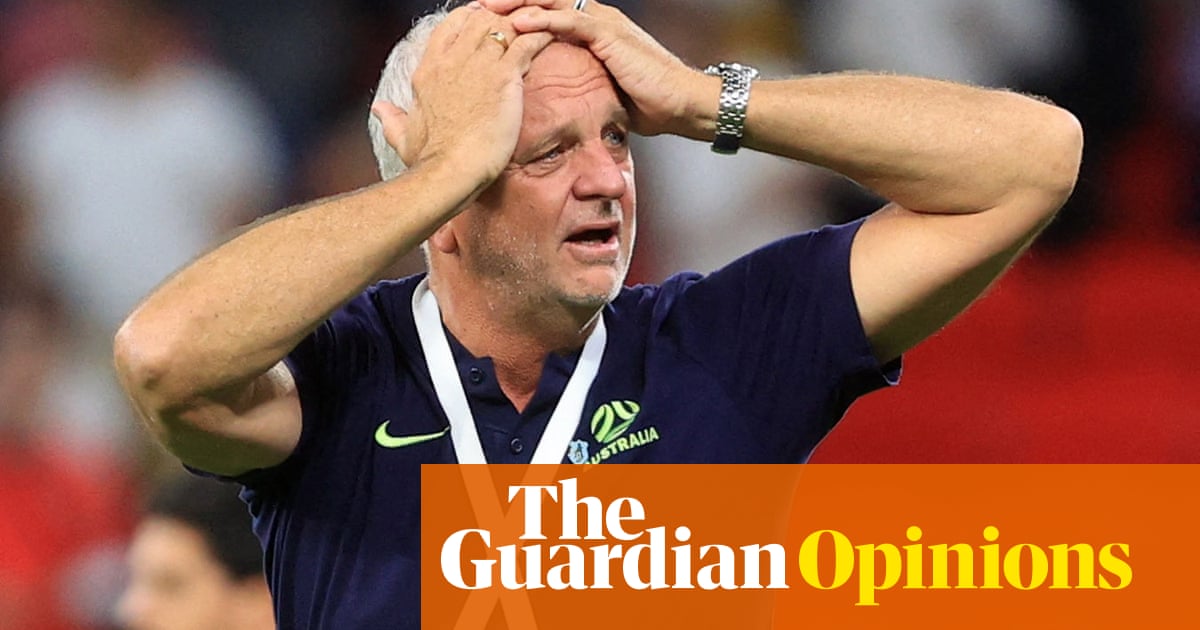 It is an oft-repeated expression that “opinions are like arseholes, in that everyone has one”. Tim Minchin used this once during a speech to university graduates, and then clarified that “opinions differ significantly from arseholes, in that yours should be constantly and thoroughly examined”. The comedian-composer said we should be hard on our beliefs, “take them out onto the verandah and beat them with a cricket bat”.

It feels like an uncomfortable but worthwhile exercise after the Socceroos qualified for the World Cup, particularly when it comes to opinions regarding the coach. Today, a quick Google search of “Graham Arnold” brings up headlines such as “vindication for Arnold”, and “Australia, we owe this man an apology”. Less than three months ago an identical search returned results like “axe looming for Arnold” and “pressure is mounting”.

At that time, in late March, a 2-0 loss to Japan had consigned Australia to two sudden-death playoffs next to nobody believed the team could win. The only tangible difference between then and now is that they have won both and we are all rather happy about it. Football is notoriously fickle, and recency bias gets the better of us all from time to time, especially in the context of such emotive subject matter.

Arnold nailed the Peru match from start to finish. His already-famous goalkeeper gamble was dumfounding in its audacity. In the moment it seemed stark-raving mad. And perfectly so, because it worked. Had it not, the torches and pitchforks were ready. That decision would have, for those already prognosticating his failure, offered indubitable proof that they were right and he was wrong and so were all of his supporters.

But why must we oscillate so wildly? There must surely be some space on the spectrum between mythical hero and substandard super villain. Arnold has been many things over the course of his four-year tenure and a lot of them don’t fit neatly into any box.

For those who already liked him at the time of his 2018 appointment, he was the perfect choice. A very good local coach who had won numerous domestic trophies with different clubs, been named coach of the year multiple times and learned a lot since his first stint in the national set-up. For those who did not he was a facade, a master of skullduggery and an already-tried-and-failed Socceroos coach. Most damning was the notion he did not possess the romantic ideals of Ange Postecoglou.

In Arnold’s very first press conference he said his philosophy lay somewhere between Postecoglou’s attack-at-all-costs mentality and Bert van Marwijk’s more defensive approach. He is probably a pragmatist, but did not want to use that word because of its (inaccurately) negative connotations. He, like those before him and no doubt others in the future, inherited not just a team but an entire country’s worth of hopes, gripes and snipes.

When it comes to the actual team, he has been overseeing transition. The remnants of the classes of 2006 and 2010 retired and, in an attempt to expedite the development of young players, he took charge of the Under-23s too. He was building for the future. This is laudable, isn’t it? So why were we so off-kilter when results did not meet our expectations in the present?

Was it partly the cognitive dissonance of hearing him repeatedly telling us “we expect to win” even when they did not do so? Was it that a couple of the opponents who beat Australia had interpreted those pre-match words as arrogance? Do we forgive that because we know he got them from a self-described “coach whisperer” who tells his clients to study the “subconscious mind”? Does it make a difference that he has since toned down that rhetoric, or that behind the scenes he is well liked in the dressing room for being jovial and kind?

Maybe it is all ancient history anyway because Australia have qualified. Does it spoil the party to point out that Peru played at a level well below their best and Australian football still faces myriad challenges? Had the Socceroos not made Qatar 2022 would it have been Arnold’s fault or that of all of these long-unresolved problems? Would his success or otherwise be defined by his selections or tactics, and would that be offset by all the difficulties associated with Covid-19 and absences of key players throughout the campaign?

It is hard to even define success when there is no constant against which to measure it. These questions just render it all the more confusing, but the point is that every time we watch a Socceroos match we are spring-loaded with whatever preconceived ideas we have already formed. None of us is impartial and, just like with managers, it is easier to back ourselves into an obdurate corner than unlearn learned behaviours.

Australia are off to the World Cup. Now we must ask ourselves what we expect when they are there and why, and whether our answers stand up to a good beating with a cricket bat.