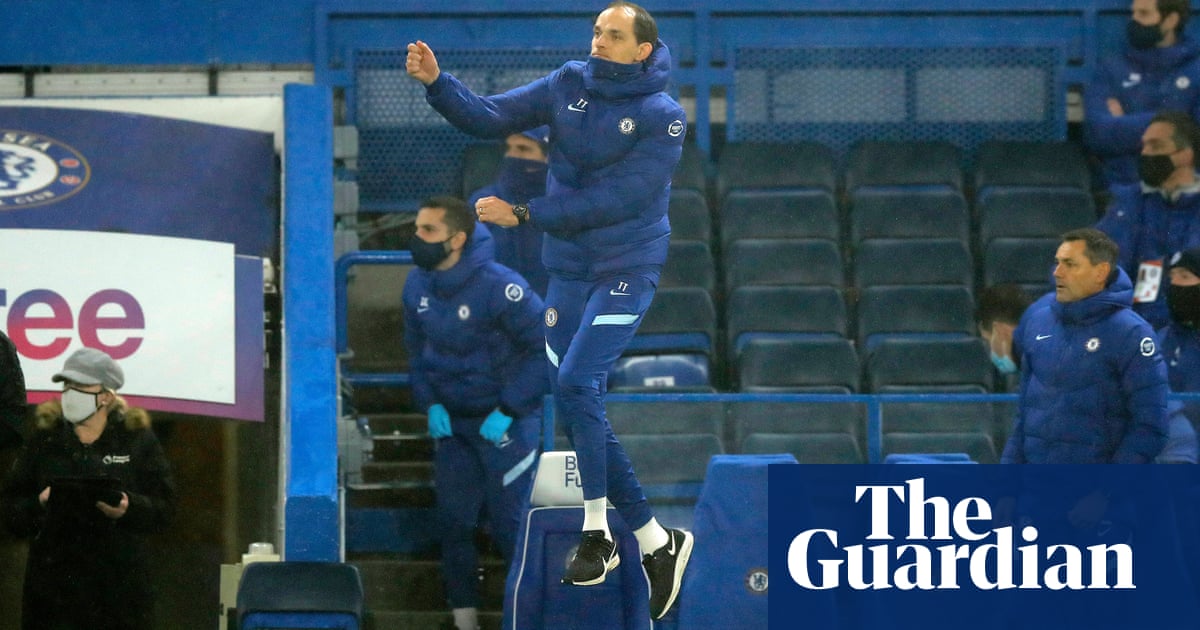 Welcome, then, Thomas. At times such as these it is traditional to say something along the lines of: “If the manager wasn’t aware of the task facing him in the white heat of this, the English Premier League, then he will be now.” These are of course anything but ordinary times. But at the end of this enervating, slow-burn 0-0 draw with Wolves, during which Chelsea’s new appointment was probably the single most animated presence inside Stamford Bridge, it seemed unlikely Thomas Tuchel would find himself struggling with the fabled “intensity” of English football.

Instead a debut Tuchel selection reconfigured into an attacking back three looked quite a lot like the last few selections of the sadly departed Frank: a team still baffled by its own shadow, and lacking clear idea of how it wants to play. As is often the case on these occasions, the greatest point of interest was the new head coach himself, this agreeably angular and awkward footballing technocrat who seemed determined to make an uncharacteristically breezy first impression.

Before kick-off Tuchel was startlingly carefree in front of the BT Sport cameras. There he was suddenly, smiling the warm friendly smile of a man who has only this morning looked up the words “warm friendly smile” in a medical dictionary, practised in his hotel mirror the precise physical movements required, and who remains cautiously happy with the results. “I’m very excited,” Tuchel said, which is good to know, although also kind of assumed. The best bit came at the end of a hyper-fluent live TV English language test, when he simply turned on his heel and walked off. That brusqueness is the real thing. He might need a fair bit more of it.

Tuchel may be a genuine, scale-appropriate replacement for Frank Lampard, an actual established football manager with his own energy and his own methods. But the first real obstacle is that everyone has to like him. How to put this? Tuchel has never seemed that interested in being liked. He doesn’t look cuddly or warm. What does he look like? An angular Bavarian tactician with a thorn in his side. A surprisingly irritable graphic designer. A 1930s intellectual trying, unsuccessfully, to disguise himself as a middle-aged dance music producer.

All managers take time to find a comfortable touchline style in a new league. How you look, how you occupy that space. It all transmits. Even in the dark times Antonio Conte had the grace to at least look like the executive arm of a high-end jewel heist ring.

There is a theory the Chelsea crowd never really got over the first sightings of Maurizio Sarri in his dog-walkers tracksuit, fag-butt drooping from his lower lip. And it was Sarri’s shadow that seemed to hang over this Chelsea team as they settled into sustained periods of tame possession at Stamford Bridge.

Tuchel also has a midfield obsession. He likes ball-hogging central controllers. At which point, enter Jorginho, a fine player, but one who still carries about him a mild, yellowing whiff of something Sarri-ish. With an hour gone Jorginho and Mateo Kovacic had touched the ball 200 times between them, although not necessarily in a way you’d notice. Kai Havertz made a first home league start since early December, stationed as a kind of narrow inside forward. For the neutral this is perhaps the most exciting part of Tuchel’s arrival. Havertz has been a flaccid, meandering presence in English football. But he is an enchanting presence when the parts align. Here there were glimpses and sparks, and one powerful driving run from the centre circle. On the whole he was a slightly less flaccid meandering presence.

Otherwise Chelsea dominated the ball. In the first half they had 79% possession and made 433 passes to Wolves’ 90, most of them a private conversation among the blue shirts. But then this is still a group of players who lack the certainty to swarm forward with any conviction, to take chances, to move out of their positions.

Midway though the first half Tuchel could be seen “doing some coaching”, barking out instructions at a break in play to Callum Hudson-Odoi, who did his best to frown urgently and look like he was actually taking it all in mid-match. In between he leapt and skipped on the touchline, a slightly scarecrow-ish in his quilted blue nylon suit. Tuchel is a barker and a flincher, a manager who doesn’t so much kick every ball as sense every avenue of spade, read every zonal overlap.

In reality there was little to be learned here, beyond goggling at the altered optics. The facts remain the same. This is a really excellent Chelsea squad, crammed on all fronts with high-end talent, but without any real notion of how to make those parts speak to one another.

Tuchel is known for the intensity of his training-ground presence. A sleepy 0-0 against a staggeringly cautious Wolves team felt like a free hit first up. But nobody gets time at Chelsea, or much time. Time to put away the smile – really, Thomas, please – and get to work.