The Spin | Elitism, murder and the other MCC: the complex story of cricket in Mexico 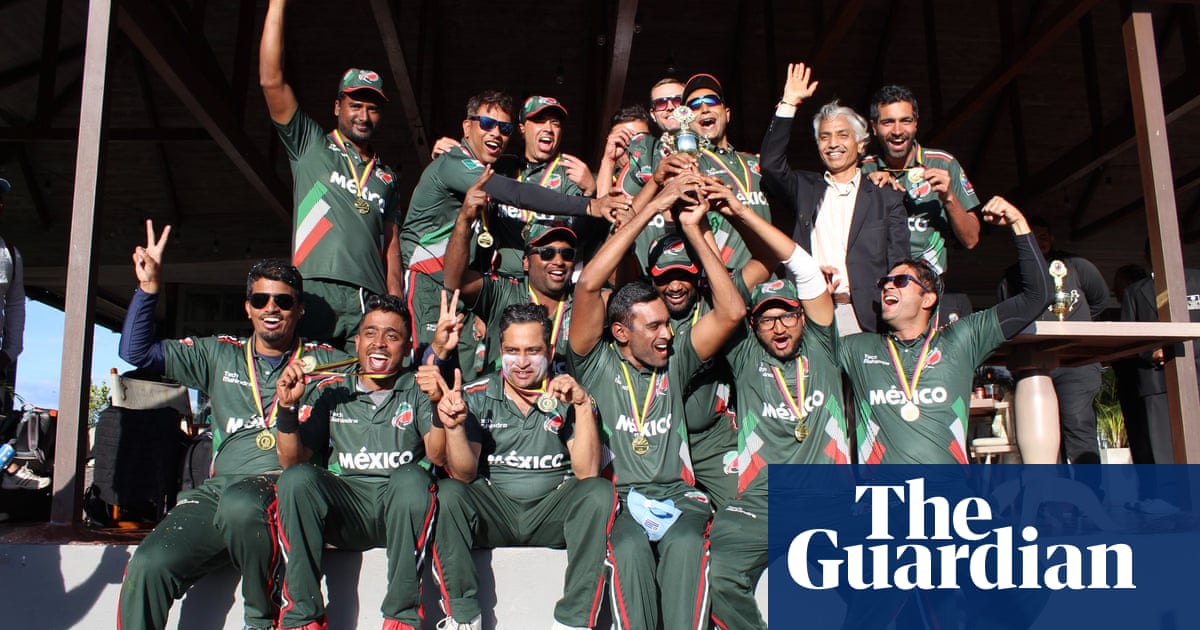 “Had one been asked to name the thing with which there was the least chance of meeting in a country like Mexico,” wrote William Bullock in the mid-19th century, “one might very well have fixed on a game of croquet.” But even in Montezuma, his fellow Victorians still insisted on getting a game in.

It was around the same time as he stumbled upon croquet that Bullock – an English journalist and a first-class cricketer – discovered its near namesake was even more popular in the country. His book of his travels, Across Mexico in 1864-65, contains the first written account of cricket in Mexico, but by the time he committed it to paper, the game had been flourishing in the country for several decades.

Mexico was, in fact, one of the first countries outside England to embrace the game. It had arrived on its shores in the 1820s, along with the British who had travelled to work in and profit from its silver mines in the years immediately after it gained independence from Spain. In the mountains of Hidalgo they quickly established no fewer than three cricket clubs in and around Pachuca.

As well as their love of sport, Cornish miners introduced their most famous foodstuff. You can still buy Cornish pasties all over the country – they’re a popular snack in Mexico, where they were adopted, adapted and improved on. So why didn’t the same happen with cricket, which was introduced a good 60 years before organised football made its appearance? What stopped Mexico becoming a Test-playing nation?

It’s a question that author Craig White has been pondering during lockdown, as he finally writes that history of Mexican cricket that the world has been waiting for. “I’ve actually been working on it for more than 10 years,” says White, who’s the secretary of the Mexican Cricket Association, “but I’ve never had the time to do it properly before. And so much information has been lost over the years that I’ve had to reconstruct a lot of the history from old newspaper accounts.”

As an NGO worker who began his career in the country at the British embassy, White is well aware of the international power dynamic that accompanied the sport during the 90 years before the Mexican Revolution ended its heyday. “The sport was a real celebration of Britishness at the time when Britain was the world power,” says White. “I was reading about one game played during the Boer war that was accompanied by a band playing patriotic songs and Union Jacks flying.”

There was no interest in spreading the game among the general population. “It was played in sports clubs that were well out of reach of all but the richest,” says White. In Mexico, cricket remained very much a sport of and for the elite – Eric Gomez, an ESPN journalist currently writing a history of Mexican football, points out that most Mexicans couldn’t afford a day off work to play a game, let alone spend money on kit, but they could kick a ball about with fellow workers at the end of their shift. This was one of the chief reasons that football prospered where cricket failed.

But then, cricket’s exclusivity was its very appeal – the game became a bulwark of power and prestige, just as it had in Britain’s colonies. Bullock was travelling through Mexico during the brief, doomed reign of Emperor Maximilian, the Austrian archduke put on the throne with the help of a French invasion. Sure enough, captured in a photograph by François Aubert, there is Maximilian all kitted out for one of the Mexican Cricket Club’s – or MCC’s – reds-v-blues Sunday games. Within a couple of years, Maximilian would be immortalised in a very different way when his death by firing squad was captured on canvas by Édouard Manet.

Even after the republic reasserted itself, cricket prospered – in no small part due to President Porfirio Díaz, dictator-to-be. His economic policies made Mexico a magnet for foreign investors from Britain, Australia and New Zealand, while a young Mexican elite learned the game in the British public schools to which many were sent to polish both their education and social standing. Luis Amor, who returned from Stonyhurst College to a life as a sugar plantation owner, established the Mexico Cricket Club in 1896, with the help of his brothers Alejandro, Victor and Pablo – all of whom had also fallen for the game at Stonyhurst.

It is a complex history, and one that deserves to be told, if nothing else as a cautionary tale of how cricket’s elitism and classism has so often been its own downfall. But also as a reminder that sport is never separate from politics. Not long after the Santa Rosa Athletic Club, whose cricketers called themselves “Los Rancheros”, celebrated a 65-run victory against Porfirio Díaz city, their president David McKellar was ambushed and murdered. He had angered Mexican ranchers by fencing off his land.

Bullock wrote, of the Sunday cricketers he met: “They assured me that they had never allowed political events to interfere with their game, which they had pursued unconcernedly, more than once, in view of the fighting going on in the hills around them.” But come the Mexican Revolution – swiftly followed by the first world war – many British and other expatriates returned to their home countries; their departure triggered the demise of Mexico’s cricket league and the sport in general.

“There’s a real similarity with Denmark and the Netherlands and other countries where cricket arrived early but remained among the elites,” says White. “It was a missed opportunity – cricket had a head start on football and baseball by at least half a century and it was squandered.” The Mexican Cricket Association has had considerable recent success establishing a national women’s team, and hopes that the game will finally reach the Mexican population through girls’ cricket. In the meantime, White is putting the finishing touches to his history – and publishers are encouraged to get in touch.