Talking Horses: Young Wolf can be another big winner for the two Jonjos 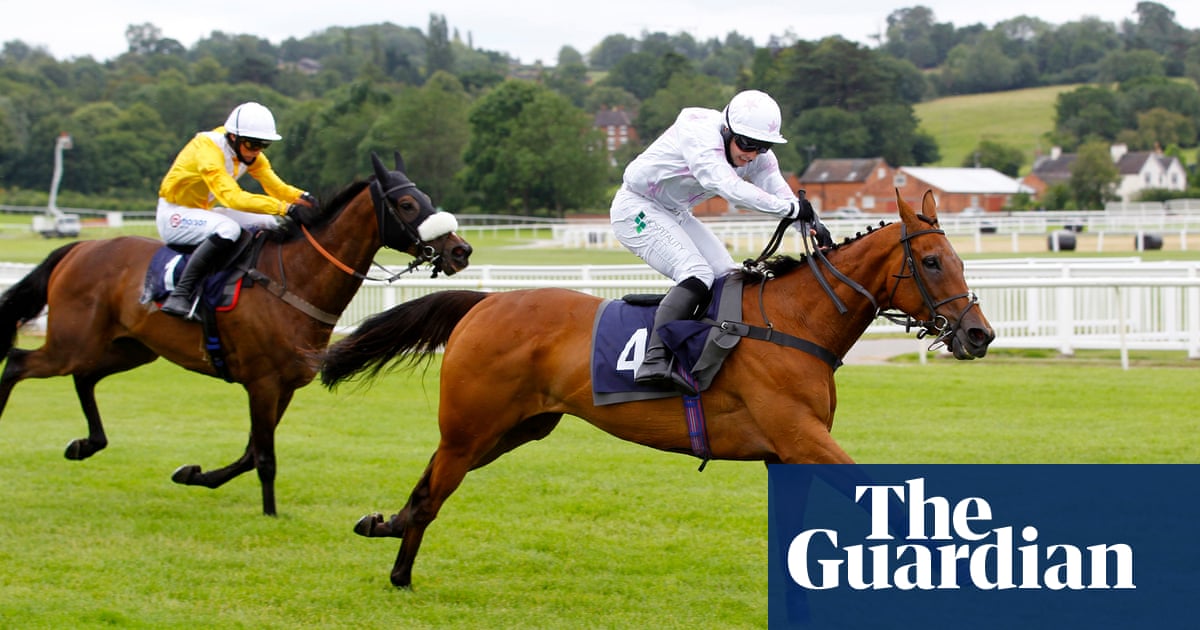 Six days after landing the Betfair Hurdle, the two Jonjos can be handicap kings once more with Young Wolf (3.35) in the Close Brothers, still best known under its long-ago title, the Racing Post Chase. Admittedly, Young Wolf’s chance is less clear than that of Soaring Glory, who won at Newbury, but he looks like being a fair each-way price.

A lot of winter form is going to prove irrelevant on Kempton’s drying surface but it gives Young Wolf a chance, as he has done well on good ground or faster over the last two summers. He should not be judged harshly for his most recent defeats on much deeper going and is now back to his last winning mark. Soupy Soups is another that could run above his odds in these circumstances.

1.50 Kempton Stepping down in distance and onto much softer going did not suit Ga Law in the Henry VIII but he still ran a fine race to be third to Allmankind. Back up in trip, he should be able to lead this small field and Tamaroc Du Mathan might find him hard to reel in on this drying ground.

2.05 Lingfield Just a fortnight after Ed Bethell got his first winner, the North Yorkshire trainer could land a Listed pot here with Moss Gill. One of the classier types which Bethell has inherited from his father, James, this five-year-old was placed in the Nunthorpe last summer and was also a handy winner at Wolverhampton when last tried on the all-weather.

2.25 Kempton Almost a winner at Royal Ascot, Tritonic is a natural choice of favourite but it took him a long time to get on top in his hurdling debut and he might be found wanting for pace here. Honneur D’Ajonc is feared but took a heavy fall when last seen so a chance is taken on the French raider, Margaret’s Legacy, whose form is good enough to demand more respect than double-figure odds suggest.

2.40 Lingfield Felix is worth worrying about, three weeks after his running-on second to Bangkok in the trial. But Father Of Jazz is the big improver in this Winter Derby and the son of Kingman did enough in his imperious dismissal of handicap rivals to suggest he can find the necessary improvement. The runner-up that day hasn’t won for two years, so more is needed.

3.00 Kempton Emmet Mullins, who sent one over to win the Greatwood in November, has a clear chance with Cape Gentleman, who travelled rather too well for a long way at the Dublin Racing Festival. This shorter trip, drying ground and step down in class can make a big difference.

3.15 Newcastle Those who prefer their handicap picks to be unexposed will eschew Crossley Tender, running for the ninth time since mid-October. But the eight-year-old is thriving on work and his third place at Ascot last month was as good as anything he’s done. His previous Exeter success got a boost on Friday when the runner-up won the Devon National and it is worth noting that Tom O’Brien, who rides today, has got the best out of him this winter. The step up in trip looks a good move.

Curtis back from France with Legacy raid

Defying the twin obstacles of Brexit and Covid to make a return to his native country, Ned Curtis hopes he can take a trophy back to France after riding Margaret’s Legacy in Saturday’s Adonis Hurdle at Kempton. The 25-year-old jockey started out with Nicky Henderson but is an ex-pat these days, based in Chantilly at the stable of Hugo Merienne.

“I’m loving being in France,” Curtis said on Friday. He moved in the autumn, following a chance introduction to Merienne through the amateur jockey Freddy Tett. “Two weeks later, I was stable jockey for him. I took a bit of a leap of faith but so far it’s worked out very well.”

The highlights have been provided by Margaret’s Legacy, winner of both his hurdles starts at Cagnes Sur Mer, 900 miles from Kempton on the Mediterranean coast. His most recent success was on Christmas Day. “He got it off to a good start,” Curtis recalls. “Then I think I fell off the next two rides, so … happy Christmas to me!

“It’s great to be back here with a good horse. He was very impressive first time out, quickened up really well on good to soft ground. Then he did the job on bad ground but beat good horses that have finished first, second and third in a Listed race since then.

“From what he’s showing at home, he’s definitely improved, so I’d be hopeful. Quite honestly, I would be disappointed if he didn’t win or at least show up very close.”

Kempton on mostly good ground will be a very different test but Curtis does not expect the going to be a factor. “He’s a very good mover. I don’t think it would be an issue for him.”

Margaret’s Legacy holds an entry for the Cheltenham Festival, in the Triumph Hurdle, but Curtis’s instinct is that, if the horse returns at all, it will be for Aintree in April. “We’re coming over for this race, just because the race suits the horse and it’s only six hours away, it’s not for the money. He could wait for Auteuil in the autumn but he’s ready now.”

As for himself, he has no thought of catching the eye of any English employer on this opportunistic raid. “I’m comfortable where I am. I’d happily stay in France if everything works out.

“I’m doing my best to learn the language. I don’t do too badly when we’re talking about horses or racing. When they move on to current affairs, I’m totally lost.”