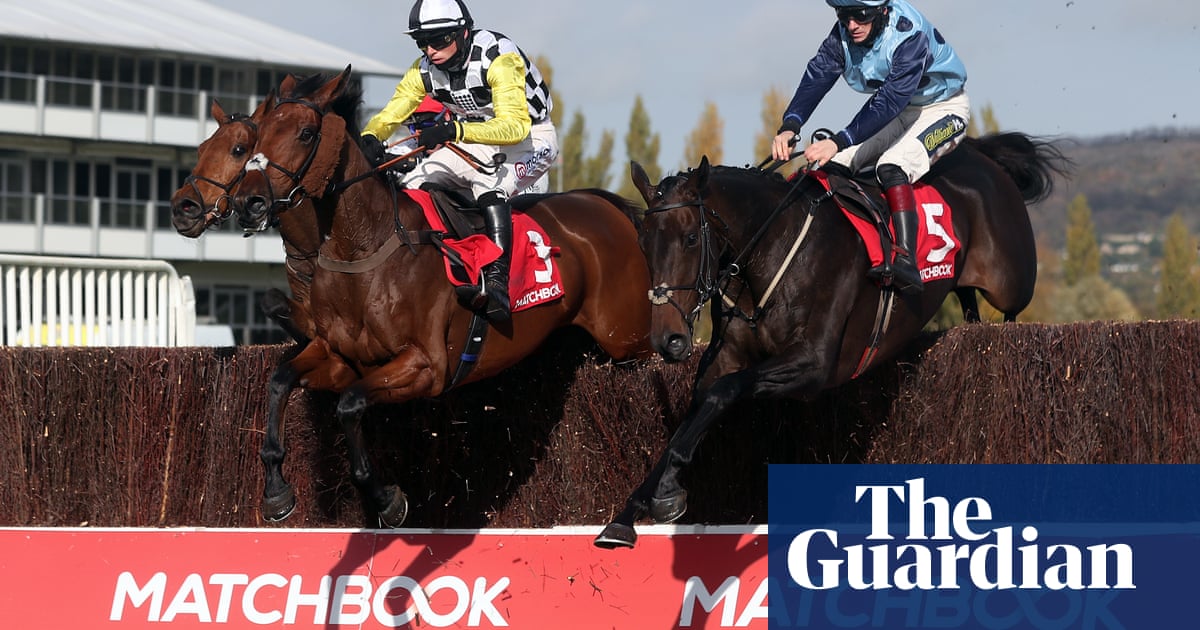 Paul Nicholls will be confirmed as Britain’s champion trainer over jumps for the 12th time at Sandown next weekend and he can secure another big prize with Soldier Of Love (3.35) in the Scottish Grand National at Ayr on Sunday.

Like Vincente, who gave Nicholls his first win in this race in 2016, the eight-year-old is still a novice and while he was pulled up on heavy going at Cheltenham in November, he was highly progressive on better ground earlier in the campaign.

Newbury 1.00 Snow Lantern, a daughter of 1,000 Guineas winner Sky Lantern, showed plenty when second on debut at Ascot in July and will be a strong fancy to get off the mark here.

Ayr 1.15 Harry Skelton is closing in on the jump jockeys’ championship and King D’Argent can make another contribution to cause with a fifth win of the campaign.

Newbury 1.35 Al Aasy was below form behind Mogul in the Gordon Stakes when last seen in August 2020 but looked progressive to that point and has a lot more scope than most of his rivals.

Ayr 1.50 A third win in a row for Five Star Getaway has led to a further 15lb hike in his handicap mark, but Christian Williams’s chaser has been progressing at a rate of knots this spring and still had plenty in hand when winning at Haydock last time.

Newbury 2.10 A fascinating renewal of the Fred Darling Stakes with four of the first five in last year’s Cheveley Park up against the Rockfel winner and several fillies with much less exposure as juveniles. Happy Romance, fourth in the Cheveley Park, could be better suited to this test than the winner, Alcohol Free, but Isabella Giles, an excellent winner of the Rockfel last September, could be a better bet still at around 6-1 if forgiven her below-par run on soft ground in the Fillies’ Mile in October.

Ayr 2.25 Thyme White could find this is more his level after a solid run in County Hurdle – behind subsequent Grade One winner Belfast Banter – last time.

Newbury 2.45 Chindit sets a high standard on his win in the Champagne Stakes at Doncaster and did not have much luck in running when down the field in the Dewhurst last time.

Ayr 3.00 Allmankind had a hard time chasing Shishkin in the Arkle in March but is in calmer waters here if over those exertions.

Newbury 3.20 Nugget had little luck in running at Nottingham last time, has a decent draw and starts out on a fair mark on the balance of his form