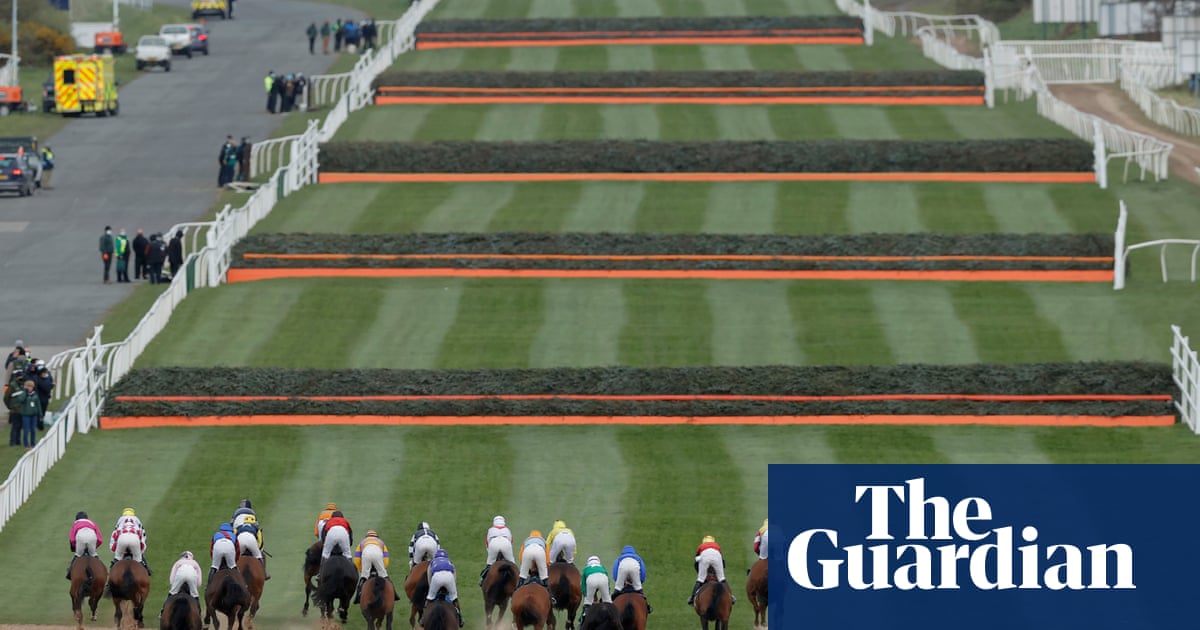 There are so few races over the Grand National fences that it feels almost obligatory to have an interest when the opportunity arises, and a typically competitive Topham Handicap Chase at Aintree on Friday afternoon is no exception.

Livelovelaugh looked like an obvious candidate for this – well, last year’s Topham, to be precise, when he skipped around the fences in the Grand National two years ago before his stamina ran dry from three out.

He will be difficult to keep out of the frame but alternatives abound and Senior Citizen (4.05) appeals as the type that could go well. He has had just four outings this season, ran well over these fences in the Grand Sefton in December and backed that up on decent ground at Newbury in early March, in a race run in a strong time.

Aintree 2.20 All seven of the Aintree winners on Thursday did not line up at the Cheltenham Festival three weeks ago, which may add to the confidence behind Nicky Henderson’s Dusart in the first of the card’s Grade One events. The six-year-old has not been seen on a track since a smooth defeat of Soaring Glory – who went on to land the Betfair Hurdle in February – at Newbury in November, having had a setback at the turn of the year. His debut form still gives him something to find on Friday, though, and Third Time Lucki – who did go to Cheltenham, for the County Handicap Hurdle – could give him plenty to think about. Dan Skelton’s gelding had little luck in running and was in the thick of the action from a long way out, so the smaller field on Friday could be to his advantage.

Aintree 2.50 Chantry House was an impressive winner at Cheltenham after the early departure of Envoi Allen, but takes a fair step up in trip here which is not certain to suit. Espoir De Romay could be a decent alternative at around 8-1, having posted a very strong time when successful in a handicap at Leicester last month despite not being asked for a significant effort.

Aintree 3.25 Another race that tests Cheltenham Festival form against runners who bypassed the meeting. Fakir D’Oudairies was no match for Allaho in the Ryanair but stayed on well to finish second all the same, looking ideally suited to a trip around two and a half miles in the process. That was just his fourth start of the campaign and he has an obvious chance if he is over his exertions. Politologue, first and second in the last two runnings of this, is an obvious danger though his withdrawal because of a bleed shortly before the Champion Chase last month was not ideal.

Aintree 4.40 Bravemansgame did not have the speed to match Bob Olinger in the Ballymore at Cheltenham but he ran well to finish third while looking as though this step up to three miles could be just what he needs. Cape Gentlemen, with Rachael Blackmore riding for Emmet Mullins, could give him most to do.