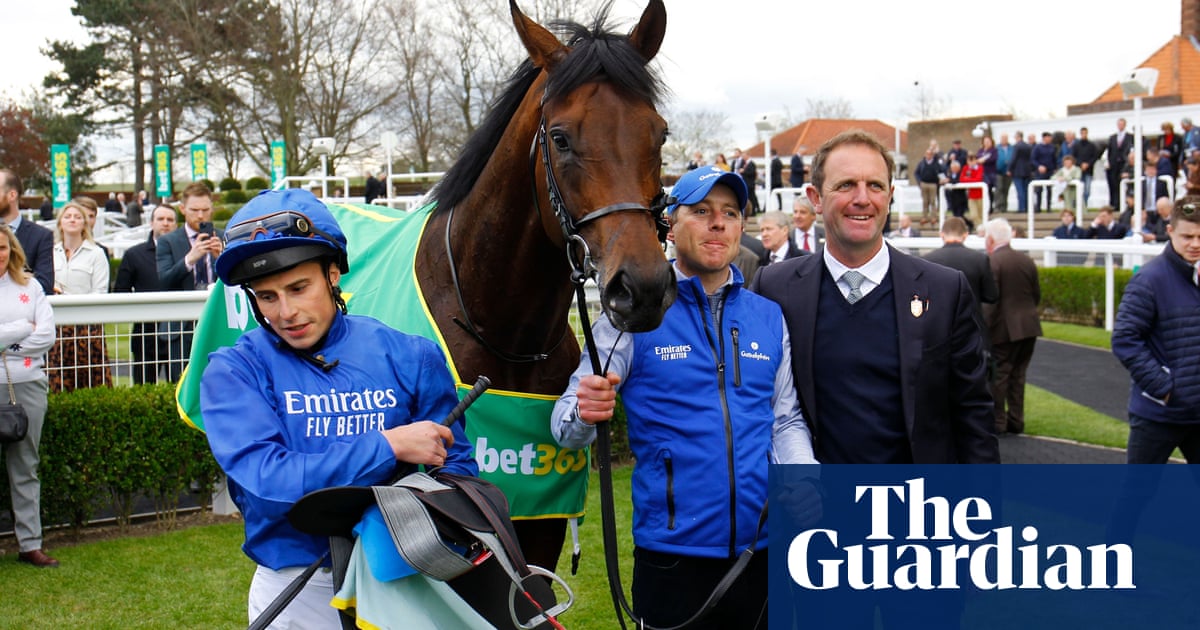 The 2,000 Guineas at Newmarket on Saturday revolves around Charlie Appleby’s Native Trail, last year’s champion juvenile colt, who will be one of the shortest-priced favourites this century when 15 runners go to post for the first Classic of the 2021 season.

Like the same stable’s Pinatubo, who was odds-on for the Guineas two years ago, Native Trail arrives at Newmarket unbeaten and with juvenile Group One victories in the National Stakes and Dewhurst Stakes already in the book. Unlike Pinatubo, who finished third, he has already notched a win as a three-year-old, outclassing five rivals when 1-4 favourite for the Craven Stakes earlier this month.

The question for punters, though, must be whether Native Trail’s price of around 11-10 is a fair reflection of his chance. Appleby himself seems uncertain whether the favourite or Coroebus, his stable companion, will prove to be the better colt this season, while other live contenders include the unbeaten Luxembourg, last season’s Vertem Futurity winner, and Perfect Power, a dual Group One winner as a juvenile.

Thursday’s draw for stall positions could also make life difficult for William Buick. Stall 15, on the wide outside, is tricky enough, but his main rivals are all drawn from one to four, close to with Royal Patronage, the most likely pace-setter, in six.

It is possible that the race will develop on the opposite side of the track to the favourite, and Perfect Power (3.40), at around 14-1, is a big price to make the most of his draw in stall three.

Those odds reflect the facts that Richard Fahey’s colt is unraced beyond seven furlongs, can be a handful in the preliminaries and is a son of a five-furlong specialist. There is middle-distance stamina on the other side of his pedigree, though, and more importantly, he shaped as though he is likely to stay a mile in the Greenham earlier this month.

That trial was run in a strong time and Christophe Soumillon did only what was required to secure the win. Normal improvement will make Perfect Power a live contender, so at a double-figure price, he is an excellent each-way bet against the hot favourite.

Newmarket 1.50: Blackrod starts the season on a fair mark and 10-1 is a decent price for Michael Dods’s colt to extend last year’s progressive form.

Thirsk 2.05: Empirestateofmind improved from race to race last season and looked better than ever when winning in a useful time at Ripon earlier this month.

Newmarket 2.25: The bare form of Fast Medicine’s six-length win at Nottingham earlier this month was backed up by the clock and a 5lb penalty is unlikely to make much difference here.

Goodwood 2.40: Primo Bacio’s form tailed off at the end of last year but she was a regular in Group One company and a return to early-season form would make her hard to beat.

Newmarket 3.00: Arecibo, proven over track and trip, would have gone close in this last year with a clear run and catches the eye at around 10-1.