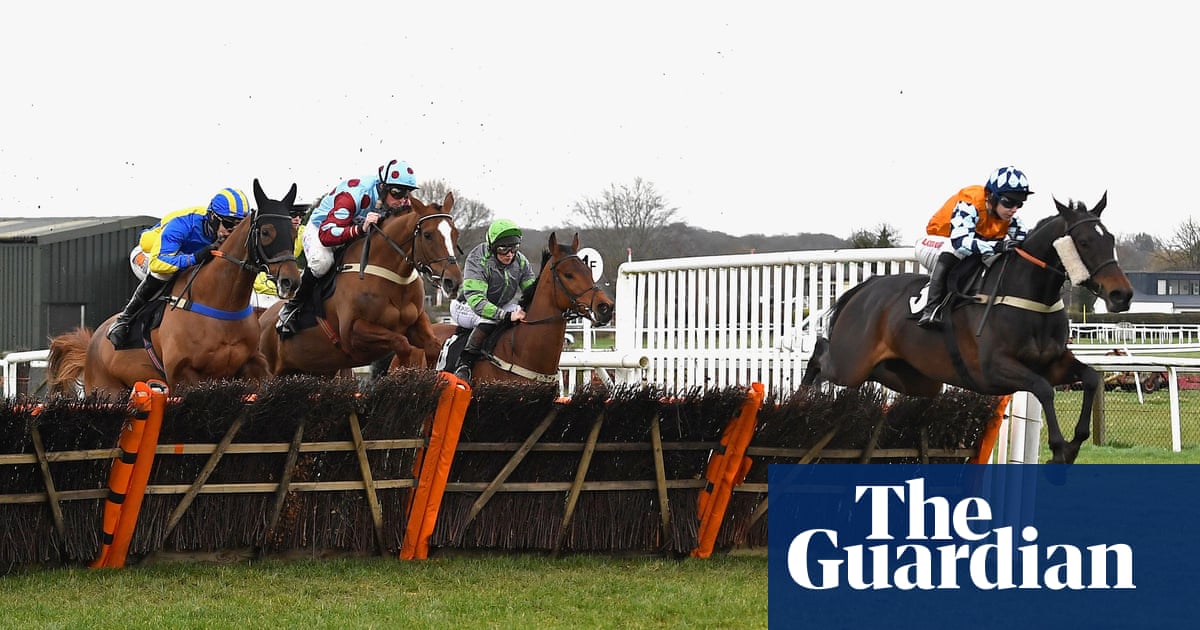 Racing’s rulers are to take a fresh look at what can be done to ensure jockeys weigh in when required, following yet another case this week of a placed jockey failing to do so. Lucy Barry finished second on Hawthorn Cottage at Doncaster on Monday but her mount was disqualified because Barry did not immediately return to the weighing room, which is now in a separate part of the grandstand building from the jockeys’ changing rooms, to allow for social distancing.

In normal times, failing to weigh in would be a rare occurrence, as jockeys have to walk past the scales to get to their changing room. But changing rooms have been scattered throughout empty grandstands since racing resumed from its Covid-enforced shutdown and there have now been 11 such cases since June.

“It’s heart-wrenching for everybody, my yard, the owners, the jockey,” said Amy Murphy, trainer of Hawthorn Cottage. “It’s simply avoided by putting members of staff on the doors and escorting jockeys where they should be going.

“We’ve all been saying it ever since lockdown. Obviously, jockeys are using unfamiliar weighing rooms and there’s not always a straightforward route to them. As soon as you set foot through the wrong door, that’s a breach of the weighing-in procedure.

“Sometimes in the heat of the moment, after just finishing a race, you’re thinking about what you might have done differently. Lucy’s finished second, she’s probably going through in her head what she could have done to win. She was gutted.”

Barry was having just her fifth ride since March. It was her first visit to Doncaster this season.

“That’s my horse’s best run yet this year,” Murphy concluded, “and her owners are having to pay the penalty for something that could be simply solved.”

Murphy’s point chimed with the views of Paul Struthers, chief executive of the Professional Jockeys Association, who said: “It’s not rocket science. We’ve asked on various occasions for someone to be at the door of changing rooms away from the scales.

“I believe racecourses have been advised to risk-assess and put someone there if they want but it’s not mandatory. It will keep happening unless this is mandated.”

A spokesman for the British Horseracing Authority pointed out that responsibility for weighing in lies solely with jockeys and added that staffing levels were having to be kept at a minimum during Covid times. But he added: “Discussions are ongoing with racecourses and the PJA to explore options which may assist in minimizing the chances of incidents like this happening again.”

The Skelton team ended Wetherby’s card on Tuesday with a winner but they’ve had a handful of disappointments in recent days and I’m not convinced by their favourite in the last at Plumpton. Embole is a short price for a horse with a 1/13 record over hurdles.

Lady Chuffnell (4.00) makes more appeal at 13-2, given the promise she showed on her handicap debut at Exeter. She tired in the straight but was a game second and is entitled to be straighter, with her stable going well. The third horse won next time.

Cyclop (2.30) is a convincing 6-4 shot to get back to winning ways against a weak field. One For Dunstan (3.00) is a lot more speculative, with bits of 33-1 around, but he’s not exposed and three miles, soft ground and a return to hurdles is an interesting combination of factors for a horse whose small yard is going strongly.