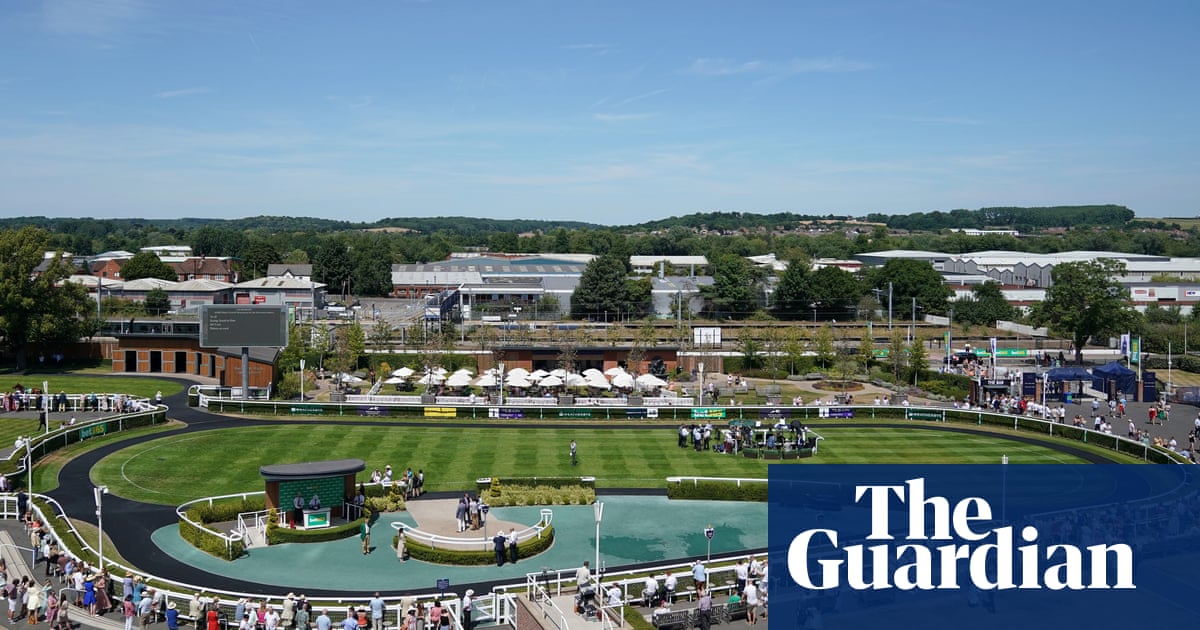 The embarrassment of a horse race sans horses at Newbury on Saturday, apparently the result of a trainers’ boycott in protest at the prize money on offer, is already receding in the rearview mirror and, since this is the wacky world of racing, the next unseemly internal squabble will doubtless be along soon enough.

But one line that emerged amid the claims and counter-claims over the £6,500 race that didn’t happen bears further examination. While doing what it could to defend its overall prize money offering in the immediate aftermath of the pandemic, Newbury pointed out that it plans to boost prize funds significantly from 2023 “when our new media contract comes into effect”.

The media contract in question is a five-year deal, signed just over a year ago, which will see Newbury’s media rights switch from Racecourse Media Group (RMG), its home since 2004, to its major rival, The Racing Partnership (TRP), which is tied to Sky Sports Racing. The major tracks owned and operated by the Jockey Club – including Cheltenham, Aintree, Epsom Downs and Newmarket – are the bedrock of the RMG portfolio, while Arena Racing Company (ARC), with 16 courses, is the key player in TRP.

The only significant difference that most punters are likely to notice once the new contract kicks in will be that Newbury’s racing programme – including the Group One Lockinge Stakes in May and the Ladbrokes Trophy Handicap Chase in November – will switch from the subscription-based Racing TV to Sky Sports Racing from 1 January 2024.

But there is a good deal more to it than that, as the move also includes picture rights for betting purposes, both in retail – ie, betting shops – and the increasingly dominant online sector, which surged further ahead when betting shops were closed during lockdown and now accounts for around 70% of turnover on British racing.

Over the past couple of years, meanwhile, there has been a move towards a turnover-based model to pay for online streaming rights, with betting firms agreeing to pay a fixed percentage of their racing turnover to show live racing on their sites. In theory at least, this safeguards tracks against the possibility that their racing will be used as a loss leader, to attract accounts that can then be steered towards other betting and gaming products.

The exact terms of these deals are a closely guarded secret. But with overall betting turnover on racing standing at around £11bn annually – and the online sector accounting for at least two-thirds of the total – the difference between, say, a deal for 1% of turnover and a deal for 2% could run to many tens of millions of pounds each year. Tens of millions, in other words, that would otherwise be pumping through the racing economy, boosting prize money, paying wages and incentivising owners to buy horses.

The claimed reach of Sky Sports Racing, which goes to 14 million homes in the UK, is unchanged since 2018, which suggests that Newbury’s expectation of what its chairman, Dominic Burke, describes as “a significant increase in prize money” from next year depends on another aspect of their new contract. With retail betting in steady decline, the slice from online turnover is, by some distance, the most obvious candidate.

Newbury is an independent PLC and the full scale of the boost to its media and betting rights revenues as a result of the switch to TRP should eventually become apparent in around three years’ time, when the track publishes its results for 2024. The most recent figure, covering 2021, was £4.38m.

Until then, we can only speculate as to whether RMG – which owns the betting rights to the majority of the country’s most famous, and therefore high-turnover, races – has settled for a smaller slice of the pie than its main rival. And if so, how and why, and how much may have been lost to the sport?

When asked if RMG believed it had achieved the best possible value for stakeholders in its media rights deals for online streaming Seb Vance, RMG’s director of communications and international TV distribution, said: “Absolutely. It is also worth noting that there is minimal leakage [outside the sport] as we do not have external shareholders. Our business is 100% owned by racecourses, with 100% of profits going back to racecourses via licence fees and dividends paid at the end of each year.

“Thirty four racecourses have signed long-term deals until 2029 and we will always look to derive the maximum value for our shareholder racecourses, while invigorating betting turnover via first-rate, innovative production and presentation of core, quality horse-racing content for the bookmakers and their audiences.”