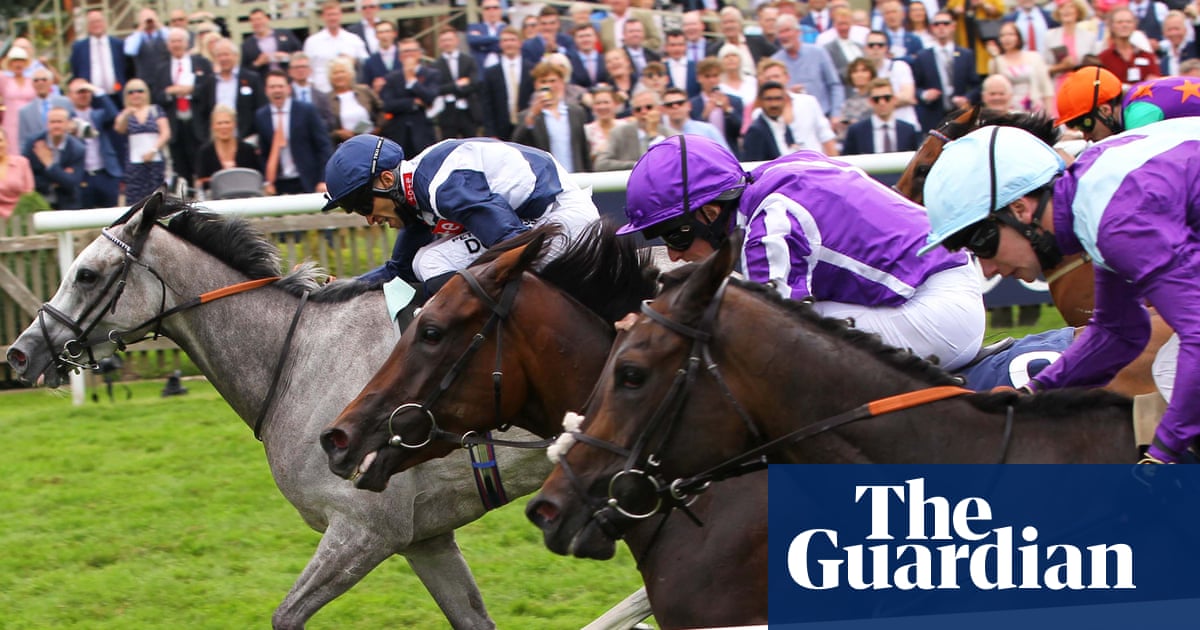 The most significant action this weekend may be in Paris but the Group One Sun Chariot Stakes at Newmarket is a competitive appetiser with three of the season’s earlier Group One winners among the 11-strong field.

Of those, Snow Lantern is the early favourite as she attempts to emulate her dam, Sky Lantern, who won the same race in 2013. Her latest run behind Baaeed was a little underwhelming, however, and while No Speak Alexander got off the mark at the highest level in the Matron Stakes last month, Mother Earth (2.55), in third, had no luck at all in running.

Aidan O’Brien’s filly may not the best of his seven 1,000 Guineas winners but she is certainly one of the most consistent, with form reading 2-3-2-1-3 at Group One level since her Classic win over course and distance in May. A run to the same level could well be enough on Saturday if Snow Lantern is not at her peak.

Newmarket 1.45 Testing ground would be a concern for State Occasion but she looked a little unlucky when second at Ascot last time and should appreciate this step up in trip.

Ascot 2.05 Hurricane Ivor’s form has taken off on his last two starts with wins in the Portland Handicap and then a Group Three at Newbury two weeks ago. In theory, a 2lb swing gives third-home Tis Marvellous a decent chance to reverse that form, but Hurricane Ivor had something in hand and possibly more improvement to come.

Newmarket 2.20 A huge field of very mixed ability for this valuable auction race. Bond Power, who was gelded before getting off the mark last time, could be one to reward each-way interest at around 16-1.

Ascot 2.40 Quickthorn has something to find with Hukum, the likely favourite, on their York form in July but he improved to finish second to a subsequent Group One winner in the Ebor a month later and has winning form over track and trip on soft ground.

Ascot 3.15 Great Ambassador travelled like a Group horse in a handicap in the Ayr Gold Cup but still finished behind Bielsa, who raced alone on a favoured strip on the opposite side. Ed Walker’s improving gelding can set the record straight here.

Redcar 3.35 Vintage Clarets has run consistently in stronger races than this so far this year and the weight he gets from Chipotle, his main market rival, could tip the balance.

Ascot 3.50 River Nymph put up a career-best to win the Victoria Cup over this course and distance off a 4lb lower mark in the spring and a recent run at Listed level after a four-month break should have him spot on for this.