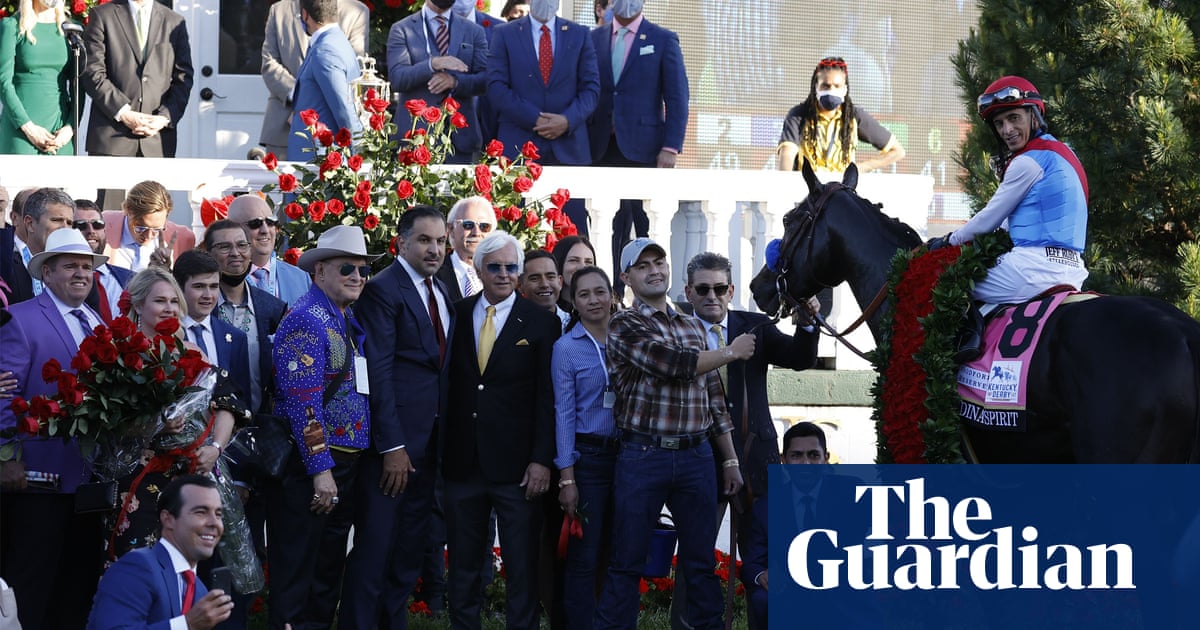 Shortly before the Breeders’ Cup at Keeneland last November, Bob Baffert issued a statement addressing a recent spate of drug positives for horses in his barn, and promising to improve his record.

“I want to have a positive influence on the sport of horse racing,” Baffert said. “Horses have been my life and I owe everything to them and the tremendous sport in which I have been so fortunate to be involved. We can always do better, and that is my goal. Given what has transpired this year, I intend to do everything possible to ensure I receive no further medication complaints.”

Six months later, it seems fair to say that Baffert’s statement has not aged well. American racing’s administration and regulation is so fractured that it is not entirely clear whether the positive returned by Medina Spirit after his all-the-way win in the Kentucky Derby on 1 May is the 31st of Baffert’s career, or merely “at least” the 31st. What is beyond doubt, though, is that it is by far the most significant, both in terms of its potential impact on Baffert’s standing and career, and the possible damage for American racing as a whole.

The result of Medina Spirit’s “B” sample test has yet to be confirmed, but if it is also positive for betamethasone, a cortico-steroid which is injected into a horse’s joints to reduce inflammation, Medina Spirit will gain the unwanted status of being the first Kentucky Derby winner to be disqualified for a positive dope test since Dancer’s Image in 1968. Mandaloun, trained by Brad Cox, will instead be installed as the 2021 Kentucky Derby winner.

But that seems unlikely to be even the end of the beginning in a process that could convulse American racing, during its annual five weeks in the national spotlight as the Triple Crown races unfold.

Churchill Downs, the home of the Derby, immediately suspended Baffert from making entries at the track when news of Medina Spirit’s positive emerged. As its owners pointed out in, “failure to comply with the rules and medication protocols jeopardizes the safety of the horses and jockeys, the integrity of the sport and the reputation of the Kentucky Derby and all who participate”.

Substitute “the Preakness” or “the Belmont” for the Kentucky Derby and the statement remains valid. However, Pimlico, in Maryland, and Belmont Park, in New York, seem reluctant to follow Churchill’s lead ahead of the next two legs of the Triple Crown. The Preakness is this Saturday, and Medina Spirit is the obvious favourite.

Even after the 2021 Triple Crown series is done and dusted, the regulatory and legal processes following Medina Spirit’s positive could go on for months, perhaps even years. Dancer’s Image’s disqualification in 1968 was only finally confirmed nearly five years later, when the stewards’ decision was upheld by Kentucky’s Supreme Court.

Baffert said that he will “fight it tooth and nail” at a press conference at his barn on Sunday, “because I owe it to the horse, I owe it to the owner and I owe it to our industry”. The Hall of Famer described the news of Medina Spirit’s positive as “the biggest gut punch I’ve had in racing”, insisted that his colt has never been treated with the drug and pointed out that betamethasone is not a “banned” substance, in the sense that it has no place in a racing stable. It is therapeutic, not a stimulant consciously administered to enhance performance.

But it must not be given to a horse within 14 days of a race in Kentucky, and assuming that the “B” test is also positive, it was in Medina Spirit’s system at more than twice the permitted threshold level on a race day. On that basis, disqualification from first place in the Derby is – or should be – automatic.

But things rarely seem that simple in American racing, not least when the lawyers get involved. Justify, another Baffert-trained Derby winner, failed a dope test after winning the Santa Anita Derby in April 2018 – the race which qualified him to run at Churchill Downs before going on to complete the Triple Crown. As the New York Times revealed more than a year later, however, the “B” sample result did not come back until after the Derby, and a closed session of the California Horse Racing Board in August 2018 – whose chair, Chuck Winner, had shares in horses in Baffert’s yard – effectively decided to forget that the test ever happened.

Positives for Baffert-trained horses in 2020, meanwhile, included two returned by the top-class filly Gamine, first for lidocaine after a race in Arkansas in May and then for betamethasone after she was third past the post in the Kentucky Oaks. Gamine was subsequently disqualified, while Baffert was fined $1,500.

If that penalty sounds a little on the low side to British racing fans, not least for a trainer with more than two dozen previous violations, it was due in part to the fragmented structure of American racing. For various legal reasons, Baffert’s breaches of the doping protocols in other jurisdictions were not be taken into account.

That should no longer be the case this time next year, by which time a new Horseracing Integrity & Safety Act – signed into law by Donald Trump in December in one of his final acts in office – should be in effect. The same Donald Trump, incidentally, who felt moved to make a statement on the Medina Spirit case on Sunday, saying: “So now even our Kentucky Derby winner is a junky. This is emblematic of what is happening to our Country.”

The Act will impose uniform national standards for anti-doping and medication rules, and bring the procedures under the control of the US Anti-Doping Agency. This will replace localised regimes in the country’s 38 jurisdictions, which often seemed to be devised and regulated with at least half an eye on keeping trainers and owners happy, in order to maintain field sizes and the all-important betting handle.

The National Horsemen Benevolent and Protective Association, the rough equivalent of the Horsemen’s Group in British racing, was strongly opposed to the Act, and its position statement remains sceptical about the need for national-level oversight. In the case of Medina Spirit’s positive test, the damage to the sport’s image has already been done but if some of its hold-outs are finally persuaded of the urgent need for change, the latest doping disaster to hit American racing may have at least one positive result.