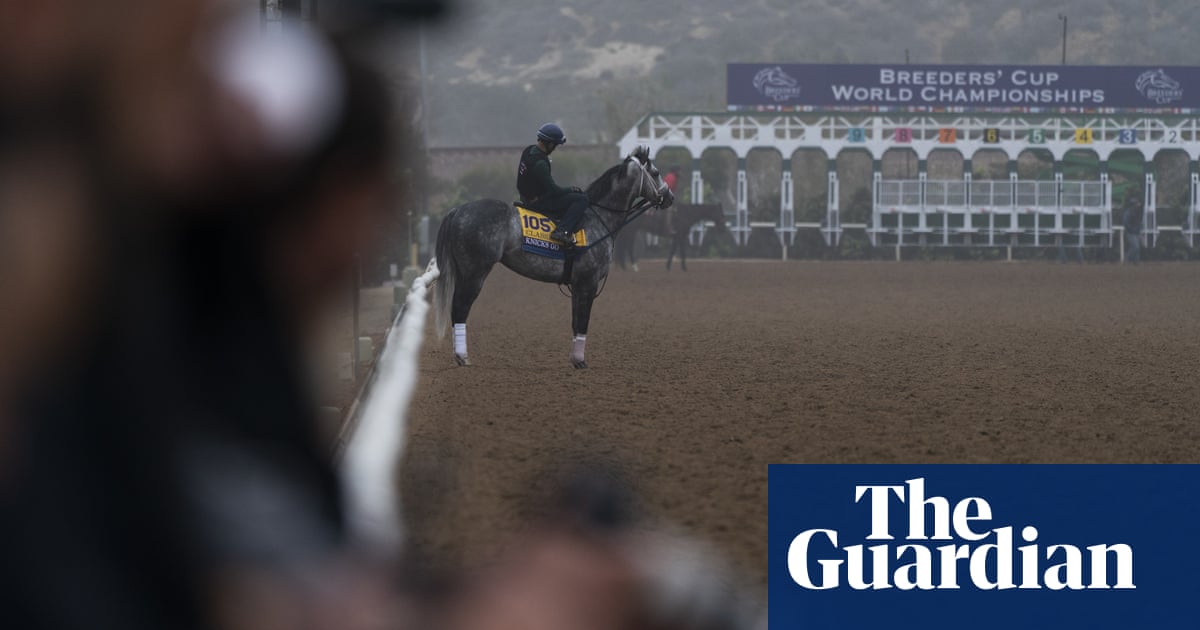 The football super-agent Kia Joorabchian has built a three-figure string on the Flat in the last couple of seasons and will have hopes of seeing his purple colours record their biggest success to date on Friday, when his runners on day one of the 2021 Breeders’ Cup meeting at Del Mark include Go Bears Go and Hello You in the Juvenile Turf Sprint and Juvenile Fillies’ Turf respectively.

Joorabchian’s list of clients includes Philippe Coutinho, whose €142m transfer fee to join Barcelona from Liverpool in January 2018 was the second-highest in history at the time, and his Amo Racing Club operation has been investing heavily in bloodstock ever since. His three-year-old colt Mojo Star finished second behind Adayar in the Derby at Epsom in June when still a maiden, while both Go Bears Go and Hello You have registered Group Two wins this season, in the Railway Stakes and Rockfel Stakes respectively.

A $1.54m (£1.14m) spend on eight lots at the recent Keeneland September Yearling Sale, meanwhile, heralded a new front for Amo Racing in the US, where Joorabchian is “spending more and more time” according to his main bloodstock agent, Alex Elliott.

A win for one of his runners on Friday’s card would recoup a decent slice of that outlay and the experienced Hello You (23.10 GMT) has a solid chance at around 9-1 in what looks a very open race. David Loughnane’s filly is a strong traveller and John Velasquez should be able to get a decent pitch from stall six, while she stayed on well over seven furlongs at Newmarket last time and the step up to a mile should suit.

Del Mar 21.50 (GMT) A strong European challenge for the Juvenile Turf Sprint is headed by Michael O’Callaghan’s Cornwallis Stakes winner, Twilight Jet, while Armor (Richard Hannon) and Go Bears Go (David Loughnane) also have chances on their best form. Wesley Ward has saddled the winning favourite for the last two seasons, however, and Averly Jane will take plenty of stopping in her bid to become a third. She is unbeaten in four starts and has enough early pace to grab the lead even from a slightly wide draw in stall eight.

Del Mar 22.30 (GMT) A disappointing turnout of just six runners for the Juvenile Fillies’, though the three principals according to the betting – Echo Zulu, Jujus Map and Hidden Connection – have seven wins from eight starts between them. Echo Zulu is the clear pick on form after storming seven lengths clear of her field in the Grade One Frizette Stakes at Belmont last time.

Del Mar 23.50 (GMT) Unbeaten Jack Christopher is the likely favourite for Chad Brown but this step up to an extended mile is not certain to suit and Pinehurst, the Del Mar Futurity winner, is an interesting alternative at around 8-1. He was an easy four-and-a-half length winner last time and Friday’s trip could see further improvement.

Del Mar 00.30 (GMT) A big target for the Europeans and Charlie Appleby in particular has a strong hand with Modern Games and Albahr. William Buick has opted for Modern Games, a Group Three winners at Newmarket last time, but Frankie Dettori is an eye-catching booking for the experienced Albahr, whose record includes a Grade One win on turf at Woodbine in Toronto.