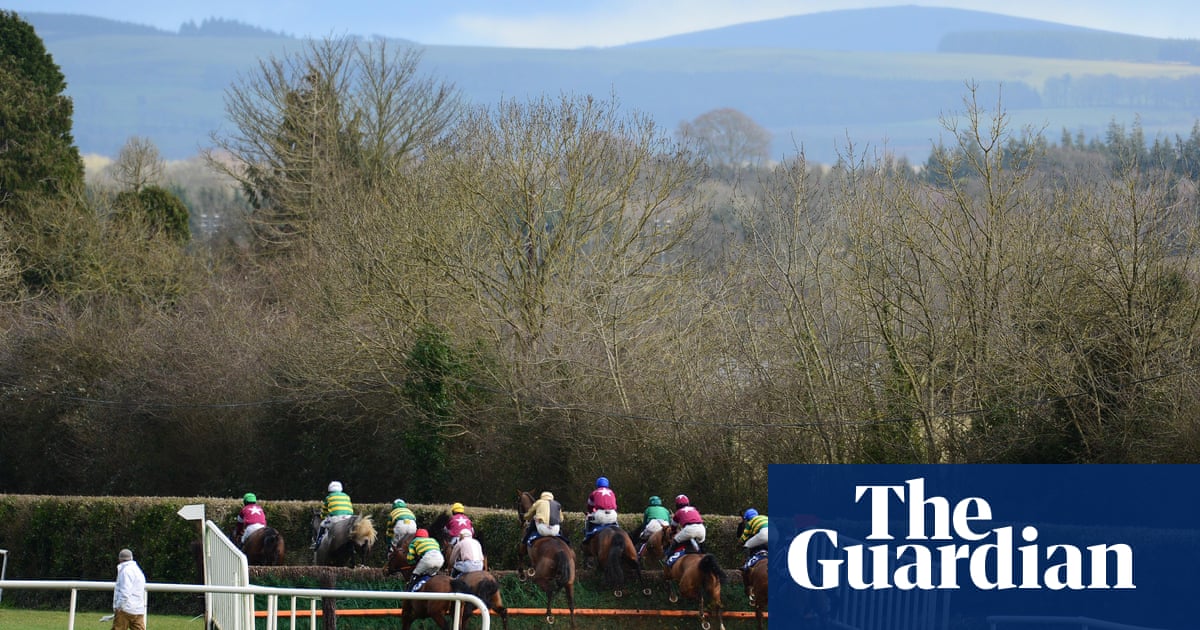 It may not be the Saturday’s action we were hoping for but Naas and Lingfield will provide plenty of intriguing puzzles, so long as both tracks pass early inspections. ITV4’s pundits will be hard at work to familiarise themselves with the sprint handicappers entered for the show’s closing contest but hopefully they will have a good look at Garth Rockett (3.45).

After 27 races, this veteran has a 33% strike-rate on all-weather surfaces and found only a rapid improver too good for him last time. That was his first run after a mini break and he can do better again, his small stable having scored with six of its last eight runners.

1.40 Naas This is our last chance to see Elimay before she lines up at the Cheltenham Festival as the likely favourite for the new Mares Chase. Given the way that Willie Mullins’ runners have been cleaning up in the quality races recently, it is not especially tempting to oppose her and she has been beaten only by stablemates since the 2019 Festival. Shattered Love ought to be a threat, getting 5lb, but this step down to two miles could be challenging for her and Gordon Elliott is 1/58 with runners at evens or bigger in the past fortnight.

2.00 Lingfield Three of these four have shown highly progressive form at other tracks. Charlie Fellowes looks the most plausible, on the basis of a couple of easy wins in novice races at Wolverhampton and Southwell. The improvement shown by Secret Handsheikh has been in three runs at Southwell and there must be some risk he may not sustain it here.

2.15 Naas Twice a point-to-point winner last year, Sovereign Gold found two miles on the sharp side last time but finished to good effect under a confidence-building ride. Her rating might prove on the lenient side as she steps into handicaps, with the extra half-mile to help. Fiveaftermidnight must leave some disappointing runs behind but her last win came at this track and her yard recently had its first winner since September, so she could run into a place at big odds.

2.35 Lingfield It’s three years since Accomplice last reached the giddy heights of Class 4 company but the strong-finishing mare has a fair chance of getting her seventh course and distance success. Crackling got his novice win here but that was ages ago and this will be the first time the five-year-old has ever had two races in the space of month.

2.50 Naas The last two winners of this went on to Festival glory in the Fred Winter. This small field could be a good opportunity for Druid’s Altar to dictate a steady pace and get first run, especially if Autumn Evening and Zoffanien over-race in the early stages on what is sure to be a testing surface.

3.25 Naas Having been given plenty to do, Djasek flew home to be second at Fairyhouse a month ago, the best effort yet by this young hurdler since he left France. He has one of the more experienced jockeys in this line-up and looks the right favourite.

3.10 Lingfield Capla Crusader made all here a fortnight ago but that will be a harder trick to turn in this better race from a wider draw. Avorisk Et Perils appeals more, having dropped to the mark from which she won here last summer. Her close fifth last time was her best effort since then. CC

A long-running dispute between racecourses and drone operators streaming live action from tracks appeared to escalate on Friday as David Armstrong, the chief executive of the Racecourse Association, warned that a new streaming service advertised on Twitter on Thursday is “breaking the law”, and that the RCA “will not allow that to carry on”.

FoxFly, a company based in the east Midlands, is believed to be responsible for many of the drones which have become a familiar sight around British racecourses in recent years. The drones send streams with little or no delay – known as latency – to punters betting in-running on the Betfair betting exchange, giving them an important edge over backers watching coverage on Racing TV or Sky Sports Racing.

A tweet from FoxFly’s account on Thursday afternoon announced a “live aerial streaming service from all racecourses from Monday 15th February”, with “the quickest and best pictures guaranteed”. A subsequent tweet said that the service “will only be available to 10 people who are willing to travel to our offices”.

The Guardian understands that anyone responding to the tweet was quoted a price of between £100 and £200 per day to use the service, depending on how many race meetings are taking place, suggesting potential revenue of between £7,000 and £14,000 per week.

The use of drones to broadcast live streams has been an ongoing irritation for racecourses for several years. With certain limitations -for instance, due to proximity to an airport or where a large crowd is present – the law currently allows their operation by people standing on public land, including drones mounted with cameras. However, advertising a paid-for service for in-running punters on social media could prompt more concerted action by the tracks.

“It’s interesting when somebody advertises that they’re going to be breaking the law,” Armstrong said on Friday, “and obviously we’ve seen that and referred it to our own legal advisors and to the police.

“The most important thing is that it’s a breach of IP [intellectual property] and our media rights, and we won’t sit back and allow that to carry on.

“We work very closely with the police who help us to enforce the rules at any individual raceday, we get great support from them and we appreciate that, but to the extent that there is piracy of our media feeds, that is more of a civil offence so we have to follow all the options open to us.

“We’ve been trying to cut it out and there has been some success. Some arrests have been made and we work jointly with the Irish on this matter as well, but it feels like you’re pushing water uphill at some times. But when they start advertising via Twitter or whatever, that they’re offering this service, that’s a step too far.”

FoxFly is run by Michael McCool, who is listed as its sole director by Companies House, from an office in Melton Mowbray, and has previously claimed to be responsible for half of the drones being flown at British tracks.

McCool insisted on Friday that his operation is legitimate.

“We have obviously looked into this quite extensively, and it’s my image [from the drone] if I wish to sell that,” McCool said.

“If I went beside a racecourse and I filmed the picture off their screen, then I would be filming their production and that would be illegal because I would be stealing their image.

“But whenever I record an image with my drone from a public space, then that image is mine, and mine alone. So the legality of it and the facts of the matter are that I can use that picture for whatever purpose I want.”

Low-latency feeds offer in-running punters a big edge over fellow users of exchanges with less immediate access to events such as horses falling during a race. While Racing TV’s latency is around one second on its feeds to desktop and mobile devices, the lag on pictures broadcast by Sky Sports Racing can be several seconds, depending on the device that a viewer is using to watch their programming.