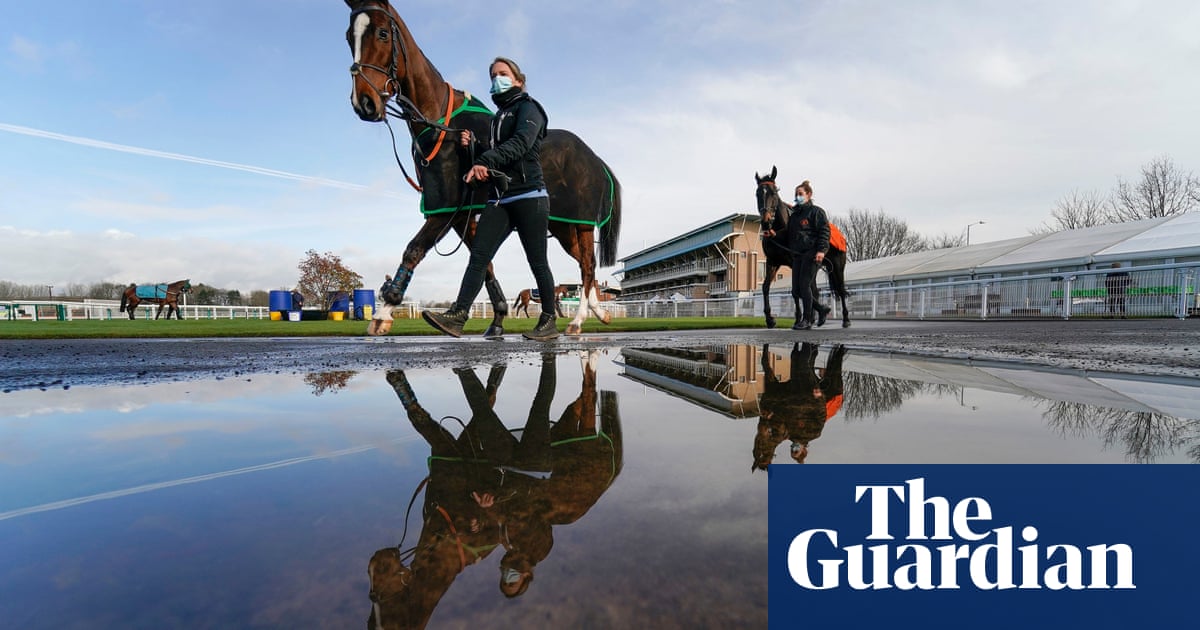 Warwick will be graced by French jump-racing royalty on Saturday, so long as the card does not fall victim to the weather. The presence of Paul’s Saga in the field for the Close Brothers Mares Hurdle is one more reason to hope the frost covers currently in place can keep the turf raceable – she is the second-highest rated hurdler in France and her connections are hoping she can justify a tilt at the Cheltenham Festival.

“She’s very, very good,” says Jason Kiely, who has travelled over with her, as the best English-speaker working at the stable of David Cottin. Dedicated fans of the winter game might remember Kiely riding for Tim Vaughan a few years back. He is hoping this will not prove a fruitless mission as he serves his five days in quarantine.

“I think they’re nicely optimistic,” he said on Wednesday, having spoken to Warwick officials. “They’re raceable this afternoon, anyway. She needs a run, first and foremost. She hasn’t run since the end of the season at Auteuil, at the end of November. She always takes a lot of racing to be at her top. She thrives off racing, so it’s to get a race into her, we don’t really have the option of a race in France.

“And of course it’s a chance for her to get to see the UK hurdles. She’s never raced here, so it may be useful for her to get used to the kind of rhythm they’re going to go over here, just to see if it’s worthwhile going to Cheltenham.”

Kiely clarifies that Cheltenham is very much the plan unless something goes awry over the next five weeks. Paul’s Saga is being aimed at the Stayers Hurdle, a race which Kiely says still prompts happy memories for the French jump-racing community, following the two wins achieved by Baracouda in 2002 and 2003.

British punters are waking up to the existence of Paul’s Saga, a 16-1 shot for the Stayers, having been 25-1 at the end of January. A winning prep-run is clearly expected, as she’s just 1-2 for Saturday’s contest.

At Cottin’s yard, Kiely’s main job is to ride Easysland every morning and he reports the Cross-Country favourite is thriving. “He’s great. He’s going to the Festival fresh, which is perfect, especially as he’s got the National to take on afterwards.”

Kiely does not accept that Easysland’s autumn defeat at Cheltenham was disappointing, given the unhelpfully dry surface and having to concede lumps of weight. “He had a very, very long summer holiday, which he wouldn’t have had the year before. He came back looking excellent but heavy.

“And he was giving away a lot of weight and the ground was faster than ideal. The ground would have been a huge factor. He’s very active in the mornings, he likes a buck, he likes a play. He goes in front of the string every morning. He’s pretty sure of himself.”

Kempton hosts another card of jumpers’ bumpers and Nicky Henderson has another stack of runners. By the end of today, he’ll have had more Flat runners races this week than he had over fences in the whole of last month.

His Top Notch is the biggest name in one of the later races and was initially put in as favourite on that basis but the 10-year-old is surely going to be short of pace for this first attempt at an obstacle-free contest. Son Of Camas (3.40), an impressive bumper winner just 15 months ago, would not be in Top Notch’s league over fences but still has plenty of potential and this is a good opportunity. He’s taken over as favourite at 2-1.

At Newcastle, Dramatista (7.30) is fairly priced at 9-2 with an 8lb pull to turn the form around with Broctune Red from last week.