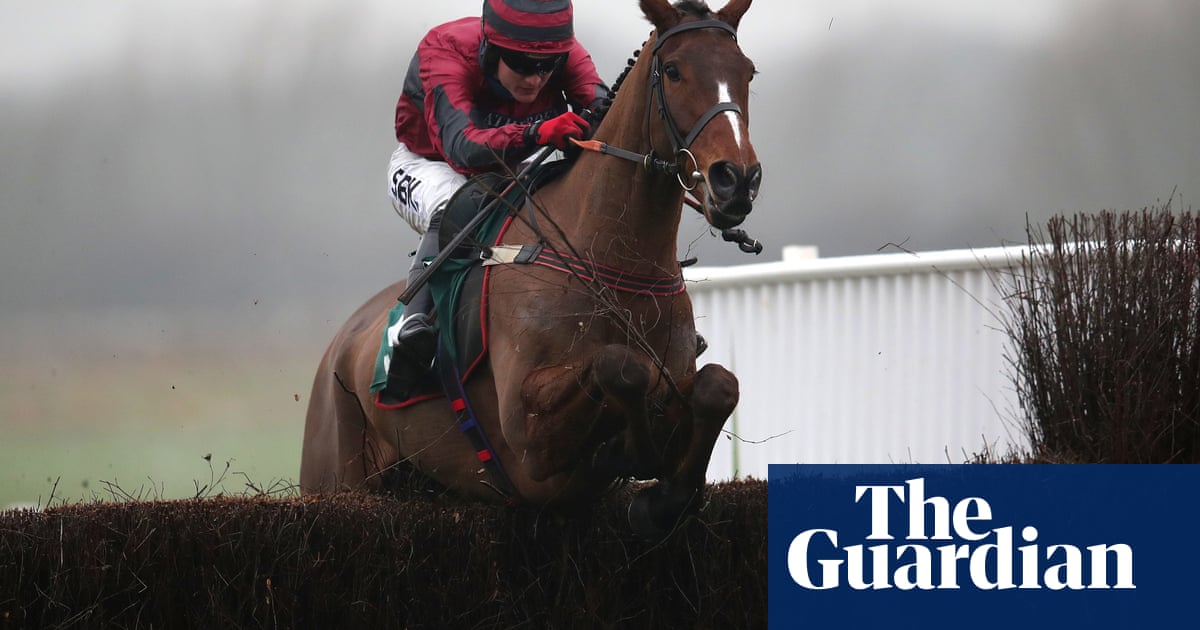 History of Fashion, the only Irish-trained runner in a field of 17 for the Eider Chase at Newcastle on Saturday, is the favourite in the early betting and Ireland’s strength in depth over jumps at present means that many punters will find Pat Fahy’s gelding irresistible.

The bare form of his winning handicap debut at Down Royal in January gives him plenty to find in such a competitive race, however, and while he scored with something to spare, the step up to a marathon trip is another unknown.

Eclair Surf (3.15), on the other hand, is similarly unexposed but certain to appreciate this test, following a clear-cut win over three miles and five furlongs at Warwick last month. At around 7-1, he looks a better bet than the favourite to extend his winning run.

Kempton 1.15 Patroclus was pulled up on his chasing debut in December but improved significantly on his second try over fences, battling on from the last to edge out a more experienced opponent in the final strides. That form gives him an obvious chance at around 4-1 and there should be better still to come.

Lingfield 1.30 Tone The Barone beat Exalted Angel by nearly two lengths in a useful Wolverhampton handicap in December, but this Listed event is at level weights and an 8lb swing should be enough for Karl Burke’s gelding to turn the tables.

Kempton 1.50 Knight Salute has done little wrong in his four starts to date and beat Porticello, twice a winner since including a Grade One, at Doncaster in December.

Lingfield 2.05 Lord North, last year’s Dubai Turf winner at Meydan, is unraced since being found to have blood in a nostril post-race. He has plenty in hand of this field on the ratings, though, and has gone well fresh in the past.

Kempton 2.25 Pic D’Orhy was well below form in a Grade One last time while Millers Bank has failed to complete on his last two outings, so the consistent Minella Drama looks like the best option here at around 5-2.

Kempton 3.00 Aucunrisque has made rapid strides in his three starts over hurdles this season and made short work of five rivals in a handicap at Wincanton last time. This track and trip should suit as he attempts to progress again in Graded company.

Kempton 3.37 Our Power has yet to run over this trip but stands every chance of getting it and he has beaten a next-time winner on two of his last three starts. The form of both victories was backed up by the clock and he looks much too big at around 16-1 to take the step up to three miles in his stride.