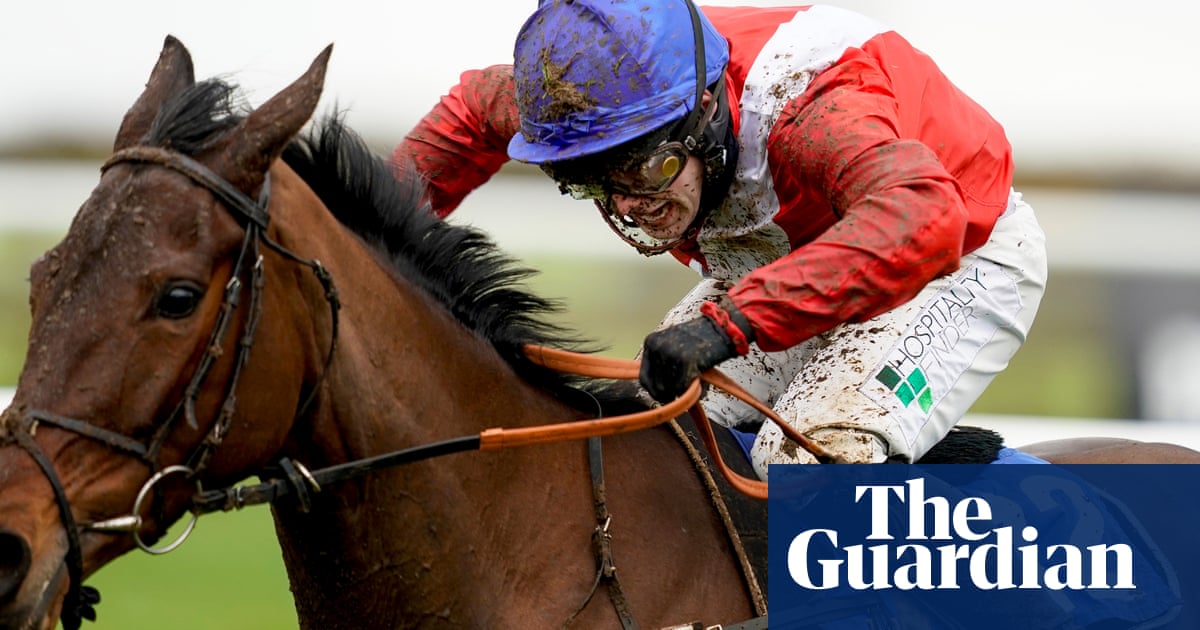 For the first time since mid-December, a runner from the Colin Tizzard stable was led into the winners’ enclosure on Thursday and appropriately enough, the horse that snapped a 47-runner losing streak for the yard was Rose Of Arcadia – the same horse that started the six-week barren spell when she was beaten at Wincanton on Boxing Day.

When January drew to a close with the Tizzards winnerless from 35 runners, it was the first time the yard had drawn a blank during a calendar month between October and March since 2005. So the timing of Rose Of Arcadia’s hard-fought win in a novice hurdle at Wincanton could not have been better, with an intense schedule of trials for the Cheltenham Festival about to begin.

“It’s been a while,” Joe Tizzard, his father’s assistant, said on Thursday, “but we’ve felt for the last couple of weeks that the horses were back in form and we’ve just hit the crossbar a couple of times. Then you just need a bit of luck.

“It’s lovely that it’s come right, and now that we feel that they’re right, I hope we can have a strong finish to the season and forget about the tough time in the middle.

“We’ve pinpointed a couple of problems and changed a couple of little things, and after that, it’s just the natural health of the horses. We had a few with a slight bug on them and hopefully they’ve all come through that now. It’s hard to have them all on their A-game all year round and every year, people get quiet spells. Ours has just been a bit worse than other years, perhaps.”

Two of the stable’s major players, Native River and The Big Breakaway, are declared to run on Saturday, although the chases on Wetherby’s card are in doubt, which could force The Big Breakaway to wait for an alternative engagement.

“Native River seems a million dollars at the moment and we’re looking forward to running him [in the rescheduled Cotswold Chase at Sandown],” Tizzard said. “He was pretty faultless last year, two from two and then he jarred himself up a bit [and didn’t run again], and he did nothing wrong in the Many Clouds [Chase] at Aintree in December.

“The Big Breakaway ran a blinder [in the Grade One Kauto Star Novice Chase] at Kempton on Boxing Day, he probably learned more that day than he has throughout his career and that also bodes well going forward. If Wetherby’s off, we’ve got the Reynoldstown [at Ascot] a couple of a week later or we can go straight to Cheltenham. It’s not as if we’re desperate to get a run into him.”

Lostintranslation, who was found to have bled slightly when running below form in the King George on Boxing Day for the second year running, is also being prepared for a Gold Cup trial in either the Denman Chase at Newbury on 13 February or the Ascot Chase a week later.

“It’s lovely timing,” Tizzard said. “Last year we were a bit under the weather at Cheltenham, so if we’ve turned the corner now, it would be nice to have our horses really flying going into it.”