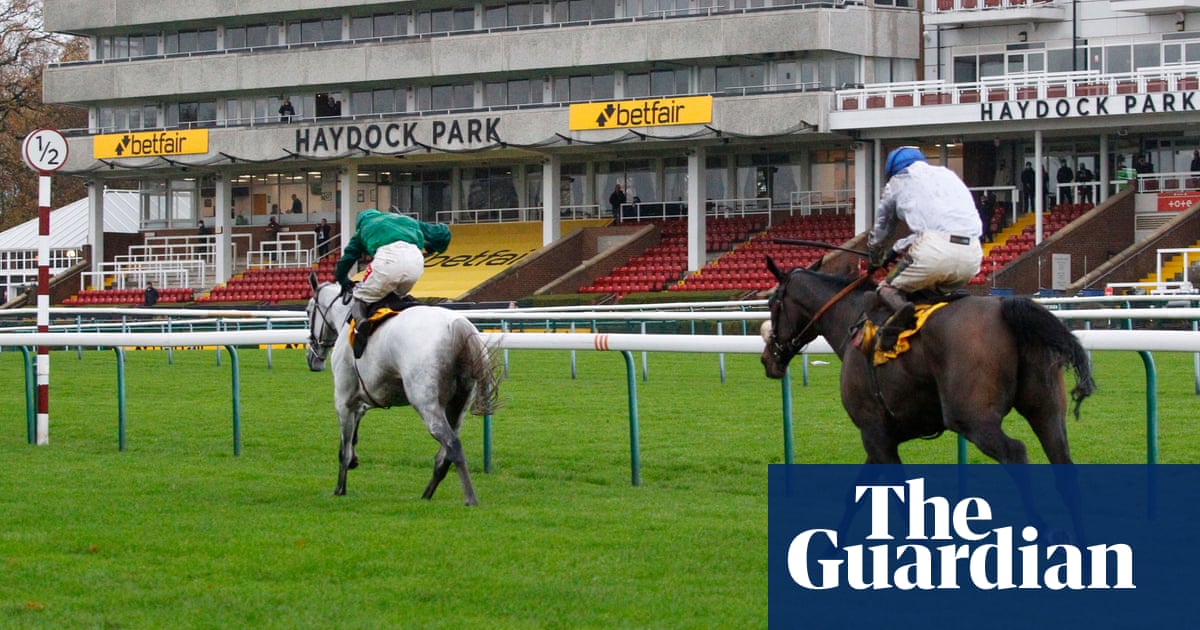 Haydock’s valuable card on Saturday is subject to an 8am inspection but the track was raceable on Friday after a milder night than expected with Kirkland Tellwright, the clerk of the course, reporting that the course is “forecast temperatures of between just below zero and minus 2C, which is the difference between success and failure”.

Just half a dozen runners, the smallest field for 17 years, will go to post for the featured Peter Marsh Chase if the meeting gets the all-clear, including the hugely popular course specialist, Bristol De Mai (2.40).

Nigel Twiston-Davies’s grey is now a 12-year-old and his Grade One-winning days are surely behind him, but he comes alive at Haydock and ran a fine race – off a 5lb higher mark than Saturday’s – in its Grand National Trial last February.

He finished 21 lengths behind Protektorat in the Grade One Betfair Chase in November, his first run for eight months, and would not need to find much improvement for the run to record his seventh win at his favourite track.

Haydock 1.30 Several very promising novice hurdlers line up for this Grade Two, won 12 months ago by the top-class Jonbon. Chasing Fire, unbeaten in three starts since his Irish point-to-point success, may have a little more scope for improvement than Pembroke and Toothless after just two runs over timber, finishing 16 lengths clear of his field in both.

Lingfield 1.37 Dream Harder is unbeaten in three starts since joining the Ian Williams stable in the autumn and had a little more to spare at Newcastle last time than the three-quarter length margin might suggest.

Haydock 2.05 I Like To Move It needs to be forgiven for a below-par run at Cheltenham on New Year’s Day, but he was stepping up in distance and ridden more patiently as a result. He is back at the minimum trip here and may find it easier to adopt the front-running tactics which saw him run out an impressive winner of the Greatwood Hurdle in November.

Lingfield 2.12 Tom Marquand is an interesting booking for 16-1 shot Shoot To Kill, who probably needed his run a fortnight ago after 245 days off and is back to his last winning mark.

Lingfield 2.47 Morgan Fairy can build on her career-best win at this track last time off a 2lb higher mark.

Haydock 3.10 The form of Broadway Boy’s win at Aintree in December has been franked by the runner-up, Brandy McQueen, and a follow-up beckons.

Lingfield 3.22 The drop back to the minimum trip should make the difference for Silky Wilkie after two good runs over six furlongs.