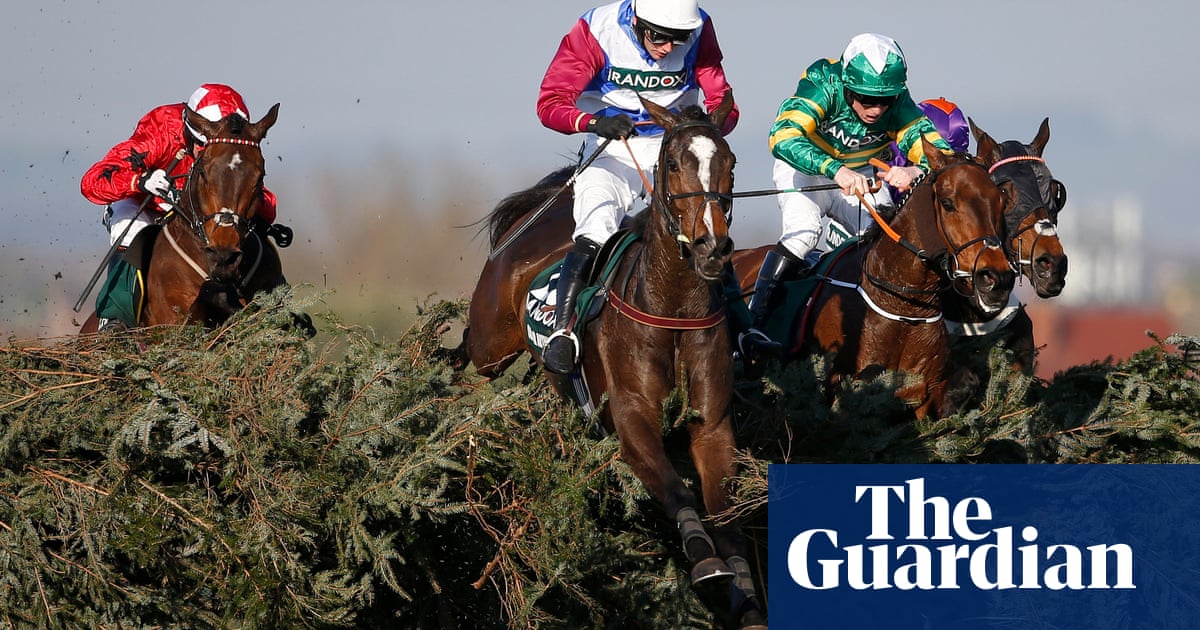 Blaklion faces a race against time to be fit for one last tilt at the Grand National, the race for which he seemed made but which now seems destined to elude him. The 12-year-old was listed among the 106 entrants for this year’s race, published on Wednesday, but it then emerged he has had a setback since he was last seen, at Ascot in October.

“We’re trying our best to have him ready in time,” said Dan Skelton, who trains the veteran at a stable in Warwickshire. “I wouldn’t put a percentage on it but if we can, we will. When he ran at Ascot, I thought there was loads of enthusiasm. Obviously he was a bit rusty, he got a bit cut off at the first fence. It was a nice run, we were happy with it.

“Three weeks later, he had a little setback. It was nothing, just a little ligament pull that meant he had to have a bit of time off rather than stop altogether. He definitely needs a run. And I think we will get a run in, but there’s no point in me promising to Darren [Yates, his owner] that it’ll happen. We know everything needs to go perfectly now.”

Blaklion was sent off favourite for the 2017 National and had the nation’s punters rubbing their hands as he shot clear of his rivals at the third-last fence, but he tired into fourth place, having seemingly made his move too early. He was an easy winner of the Becher Chase over the famous green fences later that year but had no luck in the 2018 National, being brought down by a faller at the first obstacle.

Seeking a National contender, Yates paid £300,000 for Blaklion in early 2019 but a series of minor injuries have prevented the horse from giving his new owner much of a return. Having spent most of his career with Nigel Twiston-Davies, he has since been moved twice but Skelton hopes the fire still burns.

“I didn’t know him when he was an eight-year-old at the peak of his powers, so it’s hard for me to say he’s as good as ever. He’s an older horse for us. But given his record in the race, we thought we’d give him an entry and do our best to get there.”

A handful of well-known staying chasers were surprisingly missing from the National entries, including Native River, Slate House and Elegant Escape, all of whom are trained by Colin Tizzard, who confined himself to entering Mister Malarky. Aye Right has been left out at the request of his owners, whose Rambling Jack was an early faller in the 1982 National.

Nicky Henderson, who first saddled a National runner 41 years ago but has never won the race, has more entries than any British rival, with six. Is it a statement of intent? “It just means I haven’t got a flaming clue,” the Lambourn man retorted.

Santini is one of his entrants but the Gold Cup is his target this season and next year’s National might be more likely. Pym and Valtor need some mercy from the handicapper, Henderson reckons, while Gold Present wouldn’t want much juice in the ground.

That leaves Beware The Bear and OK Corral, for both of whom the National has been a long-term plan. Henderson aims to get a prep run into both of them, with Doncaster’s Grimthorpe mentioned for Beware The Bear.