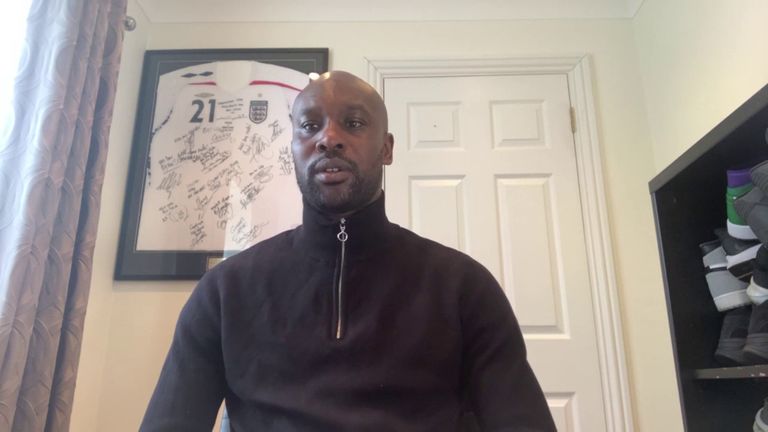 Birmingham City have joined Swansea City players and staff in boycotting social media for one week following a spate of “abhorrent” racial abuse on platforms.

The latest incident occurred after the Swans’ defeat at Birmingham on Friday night, when Jamal Lowe was racially abused on Instagram the following day.

The forward reposted the offensive message on a subsequent Instagram story, writing “some serious idiots out there” alongside it.

Although the account which posted the message was removed, it is the third incident where a Swansea player has been subjected to racist abuse on social media since February.

Yan Dhanda was abused after the FA Cup loss to Manchester City and Ben Cabango was targeted while on international duty with Wales.

Although the Championship club has previously urged social media companies to do more to prevent online abuse, they are now taking it one step further with a collective social media blackout.

“As a football club, we have seen several of our players subjected to abhorrent abuse in the past seven weeks alone, and we feel it is right to take a stand against behaviour that is a blight on our sport, and society at large.

“We will always be unwavering in our support of our players, staff, supporters and the community that we proudly represent, and we are united as a club on this issue.

“We also want to stand with players from other clubs who have had to endure vile discrimination on social media platforms.

“As a club we are also acutely aware of how social media can impact on the mental health of players and staff, and we hope our strong stance will highlight the wider effects of abuse.”

Swansea, who say the EFL supports their decision, added: “Enough is enough.”

The social media boycott will cover Swansea’s Championship games against Millwall and Sheffield Wednesday, although club news will continue to be posted on the official website during this period.

Birmingham: We stand in solidarity with Swansea

Birmingham announced on Thursday evening the club “stands in solidarity” with Swansea and will not publish any content across their men’s and women’s channels for a period of seven days.

A Birmingham statement read: “The club stands in solidarity with Swansea City Football Club who first announced their intention to operate a social media blackout earlier today, with this fight going beyond sporting rivalries and one that must be tackled in unison.

The Club stands in solidarity with Swansea City in the fight against abuse and discrimination of all forms across social media.

As of 6pm tonight, we will not be posting across official channels for a period of seven days. #EnoughIsEnough

“Regardless of who such abhorrent abuse on social media is directed towards, Blues do not believe this should determine who speaks out against it and that making this stance together is paramount to ridding the game and society of this evil.

“This goes far beyond pulling together as Blues, but as football and society.

“By removing our content from these platforms, we intend to starve the perpetrators of such abusive and discriminatory behaviour of a space in which they can carry out offences that are not only criminal but deeply harmful to the wellbeing of groups and individuals.

“The time for talk is over and we strongly hope that this action will be recognised by every social media company with whom we invite open dialogue.

Facebook, which owns Instagram, has repeatedly said it does not allow attacks on people based on protected characteristics such as race, religion, nationality, or sexual orientation.

“We share the goal of tackling it and want to hold people who share it accountable. We do this by taking action on content and accounts that break our rules and cooperating with law enforcement when we receive a valid legal request.

“We also recently announced that we’ll take tougher action when we become aware of people breaking our rules in DMs and we have built tools to help protect people, including the ability to never receive a DM from someone you don’t follow.

“This work is ongoing and we are committed to doing more. We also know these problems are bigger than us, so are working with the industry, government and others to collectively drive societal change through action and education.”

Arsenal’s former forward Thierry Henry has also described racism on social media as “too toxic to ignore” and disabled all of his accounts following the recent instances on the platform.

Lowe: Everyone has to pull together

“All clubs are probably trying to do something, it’s not just Swansea that are receiving this abuse,” he said. “I saw a case at Brentford the other night, there are cases in the Premier League and at Rangers not so long ago.

“It’s everywhere, so I think everyone in general has got to pull together and try to eradicate this problem.

“I just hope [the boycott] creates enough noise to reach the platforms, the people in charge so they can do something.

“Some of the abuse we are getting is from 12-year-old kids, so for that knowledge and information to drip down into them, their parents, and maybe they can pass on the education side of it just to show them right from wrong.”

Swansea boss Steve Cooper has welcomed the idea of Premier League clubs following Swansea in boycotting social media for a period of time.

“That would be great if that happens,” he said. “Three players in our first-team squad in the last seven weeks have been discriminated on.

“If it can have an impact on others then that can only be a good thing. We are proud of what we are doing and of our football club.”

On the announcement, Swansea captain Matt Grimes added: “As a close and diverse group of players, this is something we all feel extremely passionate about.

“Three of our squad have been racially abused in recent weeks and, as a squad and club, we wanted to take this stance as we again call on those at the forefront of social media companies to implement the change that is needed now and in the future.

“I find it staggering that we are still talking about racism and abuse of this kind. We are acutely aware of the pressures within football at this level, but it shouldn’t be underestimated as to how such levels of abuse can affect someone.

“Social media has provided so many positives over the last decade, however the sickening and vile abuse that we are seeing on a daily and weekly basis is wholly unacceptable, and we hope that this stance across the club will be supported by everyone.”

‘Brave Swansea decision is the start, not the end’

Kick It Out chief executive Tony Burnett has praised Swansea’s ‘brave’ decision to boycott social media for a week in protest over racist abuse – and he’s called on other clubs and individuals to follow suit.

Speaking to Sky Sports’ News, Burnett said: “Every movement starts with one individual or one organisation, who is willing to take the lead.

“I think Thierry Henry did it, and that was a really positive move, and now Swansea are doing it as a club – it’s a positive move. It’s a start.

“This isn’t the end, we’re not suggesting that Swansea alone can change the whole landscape around social media, but it’s got to start with one brave club, one brave individual or a number of brave individuals that are willing to take a stand. It’s started, the campaign has started now.

“My suggestion strongly to social media organisations now would be to get on board, because this isn’t going away until you take the action that is appropriate.”

Patrick van Aanholt has come out in support of Swansea’s decision to temporarily boycott social media but remains sceptical at the apparent lack of activity from platforms to deal with the situation of online abuse.

Speaking exclusively to Sky Sports News, the Crystal Palace full-back, who also revealed he had suffered racist abuse via social media as the result of a lost bet, said: “It’s a way forward, but are they (social media companies) going to wake up? Is social media going to do something about it? I don’t know.

“If I post something on my Instagram with music, it can be taken down after two seconds because the music is not right.

“But we still have the emojis, like the monkey emojis, the banana emojis. But if they’re going to come off social media I think it’s a good thing, and maybe this time they’ll wake up. Maybe more clubs and more players will do it.”

If you see a reply to Sky Sports posts and/or content with an expression of hate on the basis of race, colour, gender, nationality, ethnicity, disability, religion, sexuality, age or class, please copy the URL to the hateful post or screengrab it and email us here.