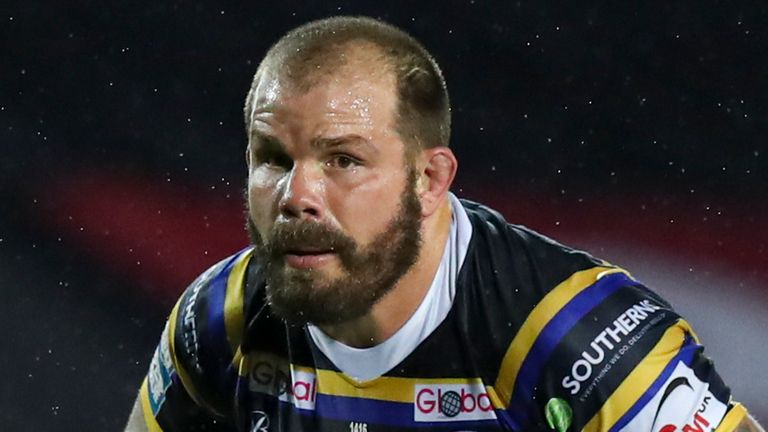 Ambitious Championship side York have brought in several players from Super League to help bring top-flight experience as they push for promotion in 2021. “There’s a fair amount of ability in that side,” head coach James Ford said

When James Ford sits down to decide his final matchday 17 for York City Knights’ season-opening Challenge Cup tie against Sheffield Eagles next month, he will be potentially picking a team containing around 900 games of Super League experience.

Although their application to join Super League for 2021 was overlooked in favour of Leigh Centurions, the ambitious Championship club are well placed to challenge on the field this year thanks to everything which has been put in place on and off the field.

A new home of the LNER Community Stadium, shared with York City FC, and upgraded facilities at their York St John University training base have given the City Knights a perfect platform to build on, while their recruitment has matched those promotion ambitions.

Among the star names who have made the switch to York is former Leeds Rhinos forward Adam Cuthbertson, who was quick to join pre-season training for his new team despite still nursing the effects of the shoulder injury sustained in the Rhinos’ Challenge Cup final win last October.

“I had an opportunity to get away from the game and have a bit of a break, but I chose to throw myself in the deep end and jump straight into training, even though I was still coming back from the shoulder injury pre-Christmas, because of the hunger of wanting to get involved as soon as possible,” Cuthbertson said.

“We’re shaping up so well and it was evident from the day I walked through the doors the attitude of the players and the general morale is brilliant.

“It’s as professional as any club I’ve been at, from the facilities to the stadium and the way we train – the only difference is we do it three times a week. It’s been a real eye-opener for me to see how things are done at this level.”

Winger Jones-Bishop’s switch was confirmed in January after he turned down an offer to stay at Wakefield and is raring to go in his new surroundings after missing part of the 2020 season due to illness.

“The first few sessions took some catching up to the speed we train at, but it’s been good,” Jones-Bishop said. “The facilities are first class, and for me it’s just well organised and the standards are high.

“I could have stayed at Wakefield and that would have been the easiest thing to do but, given my time off I recently, I felt a new challenge was needed and this seems the perfect challenge. 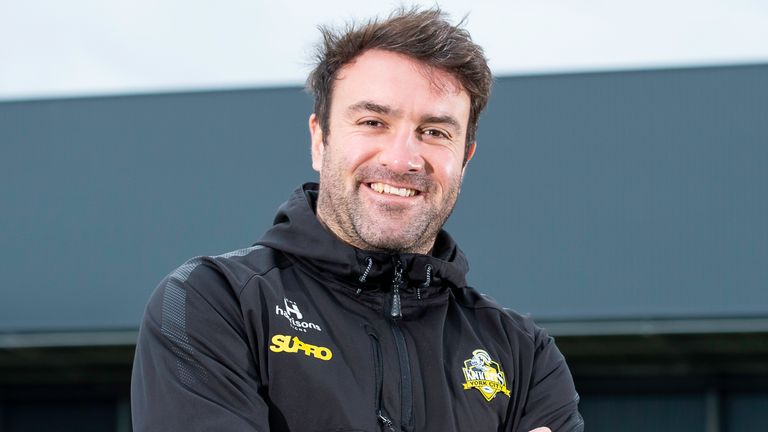 We’ve recruited some great players, we’ve got some really good facilities and that therefore brings expectation for us – but I’d rather be in that position than in 2015 when I didn’t know if I had enough balls for a session.

“They’re an ambitious club with great facilities, and it looks like everything is in place with a great squad. It’s a challenge for me and I’m looking forward to it.”

Another former Super League player will be captain of the City Knights this year too, with ex-Leeds, Castleford Tigers and Hull KR back row Chris Clarkson – another player who joined for the aborted 2020 campaign – being named skipper after Tim Spears stepped down from the role.

“It’s been a long year out and the lads have kept each other motivated to train throughout that year and the past 12 months,” Clarkson said.

“We’ve started that pre-season and now we’re towards the back end of it, and it will be great to see how far we’ve come from last year with the new signings in there and the different make-up of the squad.”

It is not just a case of York simply signing up big-name Super League players though and their experience will be vital in the development of younger members of the squad such as homegrown talents AJ Towse, Myles Harrison and Toby Warren.

Head coach Ford is well aware there is much more outside interest and expectation on the Knights 2021 than before, although he would not have it any other way – particularly as he remembers the days when the team sometimes had nowhere to train and the club’s very existence was in doubt.

“There’s a fair amount of ability in that side, I really appreciate and I’m enjoying it,” Ford said. “It’s a challenge working with players of that level because they expect a certain standard and we want to deliver beyond that.

“We’ve recruited some great players, we’ve got some really good facilities and that therefore brings expectation for us – but I’d rather be in that position than in 2015 when I didn’t know if I had enough balls for a session.”