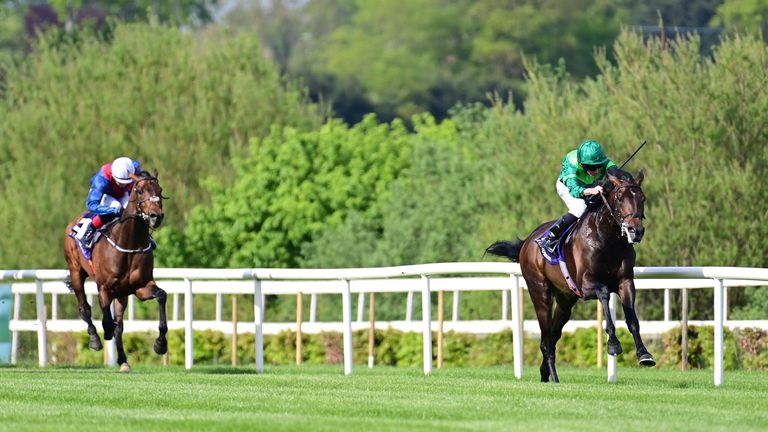 Stone Age rocketed to the head of ante-post lists for the Cazoo Derby following a scintillating display in the Derby Trial Stakes at Leopardstown.

It has been quite a week for trainer Aidan O’Brien, who saw Changingoftheguard, Star Of India and United Nations enter the reckoning for Epsom with victories at Chester and Lingfield respectively, but had to rule out previous Derby favourite Luxembourg on Sunday afternoon following a setback.

Less than an hour later, however, he retightened his grip on the Epsom Classic as Stone Age pummelled his rivals.

Runner-up in the Criterium de Saint-Cloud in the autumn, the Galileo colt won by nine lengths on his return at Navan to earn himself a place in Ireland’s key Epsom trial.

Sent straight to the lead by Ryan Moore, the 10/11 favourite steadily raised the tempo before stamping his class on the Group Three contest early in the home straight.

The further Stone Age went, the better he looked and the winning margin of five-and-a-half lengths emphasises his superiority.

O’Brien was winning the race for the 15th time, with subsequent Epsom heroes Galileo (2001) and High Chaparral (2002) both claiming this prize on their way to Epsom glory.

O’Brien said: “He’s lovely, he’s a high cruiser, he’s tactical and he keeps going – he keeps pushing it out. He came forward lovely and we thought he’d come forward a bit more from today. The plan was to give him two runs and because he was a maiden, he started in Navan and then came here.

“We always felt he was very good and we weren’t really worrying about winning a maiden (last year).

“He ran over seven furlongs in a Group One – he’s a high-tempo horse.” 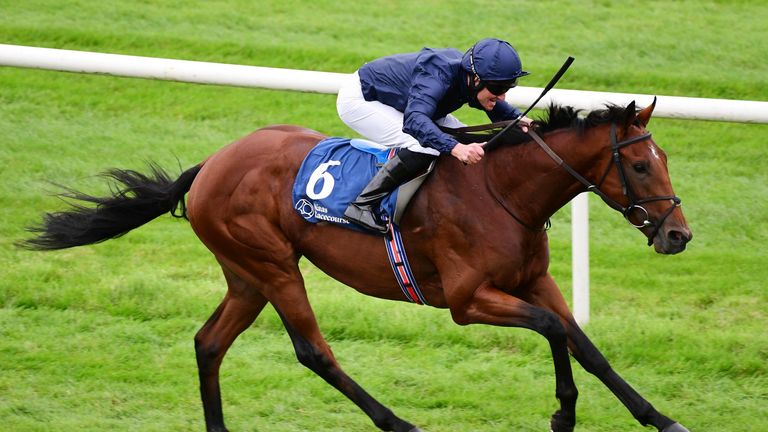 United Nations emerged as a genuine Derby contender after victory in the Lingfield Trial on Saturday, according to Coolmore representative Kevin Buckley

The Ballydoyle handler does not expect the demands of Epsom or the step up to a mile and a half to trouble Stone Age.

He added: “We didn’t think it (Epsom) would be a problem. His two runs this year were left-handed. He usually steps quick out of the gate, he’s a high cruiser and he’s very happy to get a lead, which he was going to do today if someone was going to take him.

“He has that class, he’s able to pick up and then he pushes it out all the way to the line. He never looks, in any of his races, to be getting weak at the line. He’s a big hardy horse, he’s not a wimp now.”

When asked about assessing the pecking order of his Derby trial winners, he said: “It’s impossible really. They were running in their trials individually to see what was going to happen. Because all the races were at different times they were all on different work schedules.

“Ryan will talk to the lads (owners) and hopefully they’ll come up with a solution to the whole thing. That’s usually what happens.

“You’d have to be very happy, any of the ones that had two runs they came forward from their first to their second. We thought this fella would come forward again.

“This horse has plenty of pace. Every day he has run he’s always going to the line. He never seems to be stopping, he keeps pushing it out to the line.”