Shark bites back as Hewick lands Sandown feature for Ireland 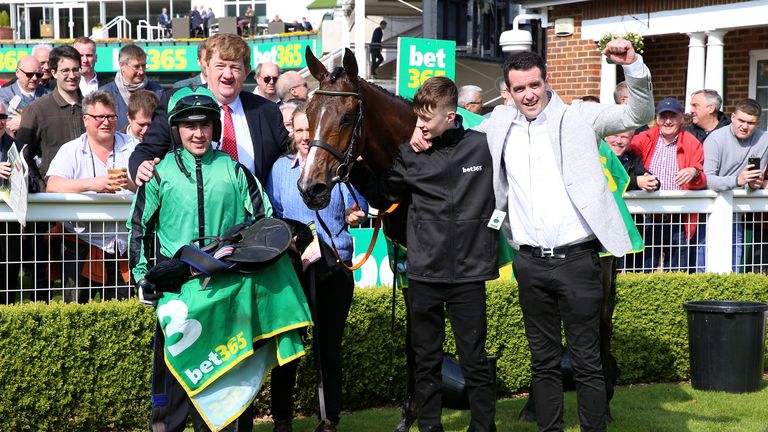 Hewick provided Ireland with another big-race success on British soil when running out an impressive winner of the bet365 Gold Cup at Sandown.

Winner of the Durham National at Sedgefield in the autumn, Shark Hanlon’s charge was pulled up on his return from a break in last month’s Midlands National at Uttoxeter.

But back on a sounder surface for the traditional seasonal finale, the seven-year-old proved a different proposition in the hands of leading Irish conditional Jordan Gainford.

Step Back, winner of the race four years ago, gave a bold sight in front for much of the three-mile-five-furlong journey under amateur rider Lily Bradstock, but was a tired horse turning for home.

As he faltered, Hewick swept to the lead and never really looked in danger of being caught as he galloped all the way up the hill to score comfortably by eight lengths.

Hanlon said: “He is a lovely horse. He was very unfortunate at Uttoxeter and but for the loose horse there, I think he would have won.

“He was hitting the front and that is his strong point at home.

“He is a summer horse and he is only starting now. We will see a lot of him over the year in England, though there are no immediate targets.”