Serena and Murray headline Arthur Ashe on Wednesday at US Open 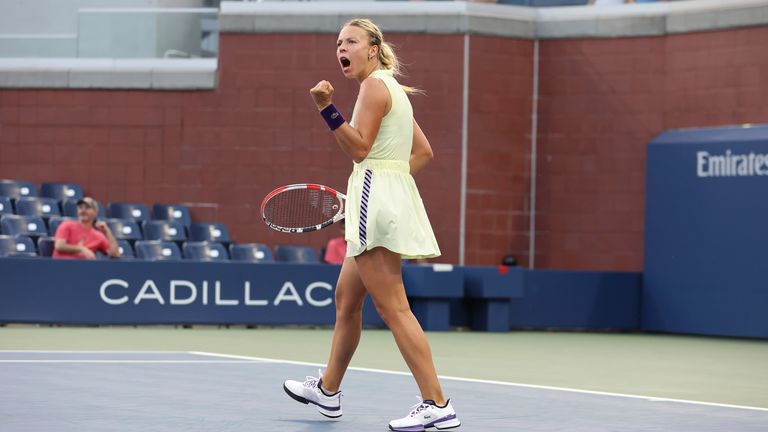 Serena Williams and Andy Murray both passed their opening test at the US Open, but now they’re eyeing deep runs in New York with very different second-round obstacles ahead of them.

Williams ensured that the celebrations will continue at least for a few more days as the Grand Slam set an all-time night-session attendance record on Monday with 29,402 flocking to the sprawling site to see the 23-time major winner scrap her way past Montenegro’s Danka Kovinic.

Waiting in the wings is Estonian second seed Anett Kontaveit, who breezed past Jaqueline Cristian 6-3 6-0.

Kontaveit is guaranteed a frenzied atmosphere in her next outing at Flushing Meadows but rather than being nervous about it, she cannot wait for the “unique experience”.

“I’m really excited. I was really rooting for her to win today,” Kontaveit said. “I’ve never played against her. I mean, this is the last chance. Better late than never.

“I think the atmosphere is going to be amazing. I’m really looking forward to it. I think it’s going to be one of those matches this year that I just have no pressure on me. I’ll just get to enjoy and play as good as I can on the day.”

Will Serena go out swinging?

When Serena Williams won her 23rd Grand Slam singles title at the Australian Open in 2017, it seemed inevitable she would break Margaret Court’s all-time record of 24. But she was hiding a secret, playing in the early stages of pregnancy, and, a month short of her 41st birthday, Williams has decided now is the time to step away. She could still engineer a remarkable ending, bowing out having finally made it to 24. Whenever her tournament ends, one of the all-time great competitors will certainly want to go out swinging.

The match could be the final singles outing for American Williams and Kontaveit promised to give her best against the “greatest player of all time”.

“I’m just going to take it as a real unique experience. I’m not sure if I’ll ever experience something like this again.”

Williams reflected on facing Kontaveit by saying “everything is a bonus” with the 40-year-old now fully focused on her game.

“I think every opponent is very difficult. I’ve seen that over the summer. The next one is even more difficult,” she said.

“It’s good that I was able to get this under my belt. I don’t know, I’m just not even thinking about that. I’m just thinking about just this moment. I think it’s good for me just to live in the moment now.”

The winner of the Kontaveit-Williams clash will face either Ajla Tomljanovic from Australia or Russian Evgeniya Rodina in the third round.

Kontaveit has failed to reach the second week of three Grand Slams so far this year as she exited the Australian Open and Wimbledon in the second round and fell in the first round at Roland Garros.

She has yet to make it past the fourth round at Flushing Meadows.

Murray has not been beyond the second round in New York since 2016 but he appears to have a good chance here with American wild card Emilio Nava – who needed five sets to defeat John Millman – next up. Join us for live game-by-game commentary in our dedicated blog from 4pm.

“I actually hit with him a couple of days ago, so it was good to get on the court with him,” said Murray.

“I saw a little bit of his match today but actually being on the court with someone and feeling their shots is helpful when you don’t know loads about them.”

World No 1 Daniil Medvedev, Nick Kyrgios, Maria Sakkari and Coco Gauff all take to the court on Wednesday.