Selby crashes out to Iranian world No 63 in York 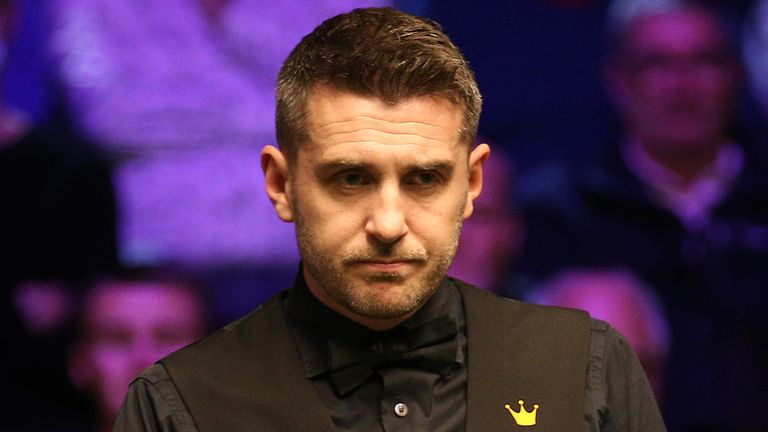 World No 1 Mark Selby suffers a shock defeat to Iran’s Hossein Vafaei at the York Barbican; Judd Trump and Stephen Maguire progress but Ding Junhui and Mark Williams are beaten

World No 1 Mark Selby crashed out of the UK Championship after suffering
a shock 6-2 defeat to Iran’s Hossein Vafaei in York.

Vafaei raced into a 5-0 lead with breaks of 105, 69, 55 and 56 before an out-of-sorts Selby won the next two frames to threaten a comeback in the second-round clash.

However, the world champion went in-off when potting the black in frame eight to leave the scores tied at 54-54 and force a re-spotted black which Vafaei eventually fluked after a high-quality safety exchange.

“I think today I was a little bit lucky,” Vafaei told Eurosport. “At the end I’m sorry to Mark. He’s one of our legends, total respect to him.

“I used to buy their CD’s just to watch the game to learn and now I’m playing in front of them. For me it’s a big achievement. I was up for it because I said to myself ‘how long am I gonna wait?’

“If I’m going to do something this is the age.”

“I probably should have won the third frame, missed an easy black off the spot and had half a chance in the next frame so could have easily been 2-2 at the interval, but after the interval he kicked off great again and thoroughly deserved to win the match.

“I wasn’t really at the races and Hossein played well.”

World No 2 Judd Trump had earlier booked his place in the third round with a hard-fought victory over Chris Wakelin.

Trump recovered from 3-2 down to win 6-3 despite being far from his best, the left-hander managing a highest break of 84 and three other half-centuries.

“When you get in a game like that, it goes a bit scrappy and not how I want the game played, you’ve just got to dig in,” Trump told BBC Sport.

“A lot of things didn’t go my way but you’ve just got to try your absolute hardest and never give up.

“It’s good to have the crowds back but there are a lot more distractions.”

I would like to apologise to anyone watching tonight , in 30 years as a pro I have never ever fella asleep in my chair before , it’s was nothing to do with Anthony btw, I just don’t feel well from covid. Bit embarrassing amd not professional. #camtleepmywyesopenatnigjtimafrowd

The most exciting match of the day saw China’s Zhao Xintong defeat Thailand’s Thepchaiya Un-Nooh 6-5 in a high-scoring contest.

Ricky Walden completed a 6-3 win over Li Hang with a break of 129, while there were also wins for Cao Yupeng, Xiao Guodong and Zhou Yuelong over Martin Gould, Robert Milkins and Ashley Hugill respectively.

For those on the move, we will have the Snooker & Pool season covered via our website skysports.com/more-sports, our app for mobile devices, or our Twitter account @skysportspool for latest news and reports.