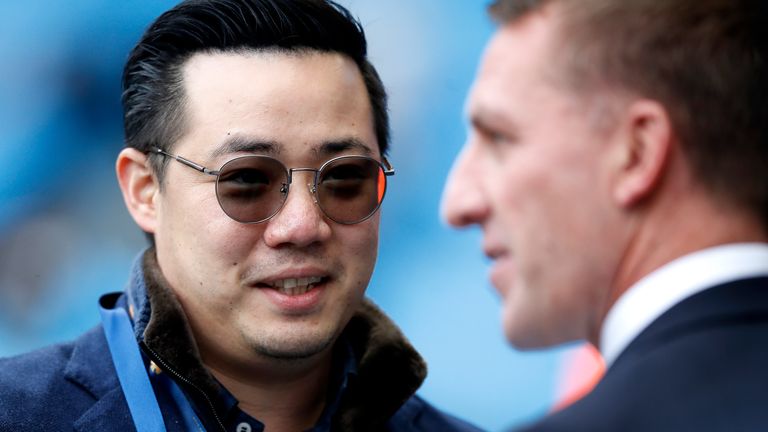 As Leicester seek their first-ever FA Cup trophy on Saturday, Kasper Schmeichel believes the club are in a much stronger place now than when they caught lightning in a bottle to claim the Premier League title in 2016.

The Foxes will face Chelsea at Wembley looking for their first silverware since that day this weekend and will resume hostilities with the Blues three days later in their bid for Champions League football.

It may not have the drama of that 5000-1 shot title under Claudio Ranieri, but Schmeichel believes games like these reflect the solid foundations put in place to allow Leicester to regularly compete for honours.

“Undoubtedly the club is in a fantastic position,” the 34-year-old said from the club’s £100m Seagrave training facility which opened in December. “The infrastructure is now in place to go and kick on and really begin to build.

“It’s always going to be difficult for a club like Leicester to break into the so-called ‘Big Six’ but here we are again trying, working really, really hard and doing everything we can.”

Schmeichel said the Foxes had been on “a journey of self-discovery” since that 2016 title.

Ranieri was sacked the following season as results dipped dramatically, Craig Shakespeare came and went and then Claude Puel tried and failed to turn things around at a time when the club was reeling from the death of chairman Khun Vichai in a 2018 helicopter crash outside the stadium.

But since the arrival of Brendan Rodgers in early 2019 the Foxes have become a force again, narrowly missing the Champions League places while reaching the Carabao Cup semi-finals last season.

“I think one of the massive turning points has been Brendan coming in and giving us that clear identity, that focus and direction and leadership that really sets the club up for future success,” Schmeichel said.

“Maybe before we were still trying to find out if we were a counter-attacking side, a possession side, or something in between and we didn’t know if we were coming or going at times.

“That led to inconsistencies but now we see two seasons in a row competing near the top of the league and trying to get into finals.”

‘Vichai instilled belief into everyone at Leicester’

If Leicester have come a long way in the last five years, the transformation from the day Schmeichel signed for the then Championship club from Leeds in 2011 is even more extreme.

But a man who grew up watching his dad play in and win FA Cup finals was adamant he always believed the Foxes would offer him a shot at glory.

“That was the plan,” he said. “When I signed for the club, Khun Vichai said to me we would be challenging, and we would be in the Champions League in five years, and he didn’t strike me as the type of person who was messing around when he said things like that.

“That gave me belief. That was what instilled the belief into everybody in the club. They’re serious about investing into the club and making it what it is today.”

After the collapse of the European Super League and attempts to set up a closed shop in football, Leicester are determined to keep kicking the door in.

“Whether it can be in my playing time that we’ll be considered in those conversations or if it will be 10-15 years down the line, what I do know is the commitment to progression and the commitment to excellence is there,” Schmeichel said.

“I don’t have any doubt with the leadership we have that Leicester will be considered one of the top clubs in the country.”