Saka: Arsenal was always the club I wanted 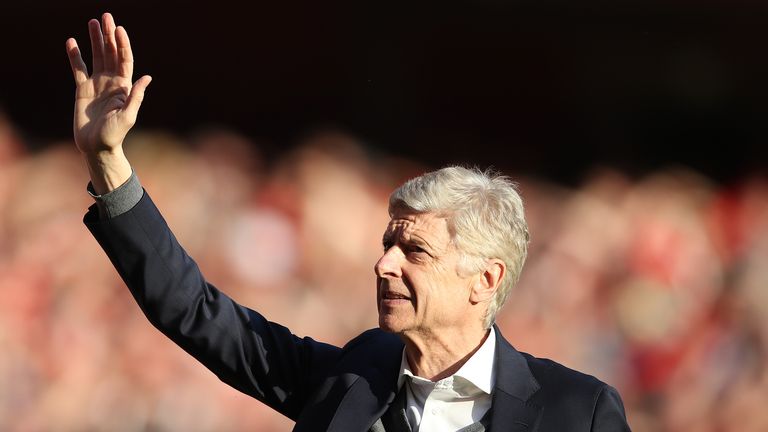 Bukayo Saka has told Sky Sports Arsenal were always the club he wanted to join despite having a trial with fierce rivals Tottenham as a youngster.

Saka joined the Gunners at the age of eight after earning recognition from scouts while playing for local side Greenford Celtic. Although other clubs were interested in signing him, including Chelsea, Watford and Tottenham, Arsenal remained at the forefront of his mind.

“I think Arsenal was always the one I wanted to go to,” he exclusively told Sky Sports.

“It seemed like they had a lot of faith in their youth and there was a clear pathway when you could see the players coming up from Hale End to London Colney and my dad also really believed in the project and he loved Arsene Wenger. I think Arsenal was the club in the hearts of my family, so we chose them.”

Saka acknowledges the importance of the club’s academy system at Hale End, currently overseen by former captain Per Mertesacker, in expanding his understanding of Arsenal as a youth player.

He said: “I think from the moment you sign, the education at Hale End, you start to know the history of Arsenal. You know which games are the most important.

“We obviously knew the derby and the rivalry with Tottenham. So I’d say from the point I signed, the coaches made it known before every game against Tottenham how much it means and there was always extra excitement around that game.”

FREE TO WATCH: Highlights from Arsenal’s win over Spurs in the Premier League

Saka has fond memories of playing in north London derbies at youth level, recalling that the Gunners would frequently come out on top against their rivals due to the strength of their academy.

Now an established player in the club’s first team, he scored against Tottenham and provided an assist in Arsenal’s 3-1 victory at the Emirates in September. Prior to that fixture, Arsenal had lost three of their opening five Premier League games, and Saka believes his goal was significant not only for himself, but for the team’s season.

He said: “That goal was another important goal because before that game, the team wasn’t in the best of moments and going into that game, we knew how much it could turn around our season and it would be for the fans as well.

“I think maybe since that game, we’ve only lost one game at the Emirates, which was Man City. I think from that game, we really set the tone at home.”

FREE TO WATCH: Highlights from Manchester City’s win against Arsenal in the Premier League

The club’s upturn in home form has coincided with Saka’s own progression as a player, and he has added five further goals and three assists in the Premier League since the Spurs game, although he is quick to emphasise the importance of the team in his performances.

He said: “I think I’ve taken a step forward, but I think, also, the team has taken a step forward. Football’s a team sport and as long as everyone is doing well, I think it makes things easier individually. I’d say we’re on good form and it really helps me – the team is so fluid, we’re building a lot of chemistry.”

Saka feels his end product has improved from last season and regards it as “the next step” for him to improve his all-round game, telling Sky Sports: “It’s just about understanding the situation you’re in and where the space is, where your team-mates are and how you can score. That’s always on my mind when I get the ball in the final third – ‘how am I going to create a chance?’, or ‘how am I going to get a shot?’.”

Arsenal are not competing in European competition this season, the first time this has happened since the 1995-96 season. The club are currently sixth in the Premier League table, four points behind fourth-placed West Ham, but have three games in hand to bridge their points difference to the Champions League spots. Playing in the continent’s top-tier tournament next season would be a “dream” for Saka, but he admits he will have to work hard to make this happen.

He said: “I think the Champions League creates so many special nights and it’s a dream for me still to experience one of them and hopefully many more of them,”

Although he has not won a north London derby at the Tottenham Hotspur Stadium yet, Saka feels the team’s victory against their rivals earlier in the season instilled a sense of confidence and belief within the squad and the team’s fans.

He said: “I’d say that game really lifted us – not just us, it lifted everyone around the club, from us all the way to the fans. It made us and them believe that we can do some special things this season and it gave everyone the confidence again in us that I think some people lost.”

Follow every Arsenal game in the Premier League this season with our live blogs on the Sky Sports website and app, and watch match highlights for free shortly after full-time.

Get all this and more – including notifications sent straight to your phone – by downloading the Sky Sports Scores app and setting Arsenal as your favourite team.