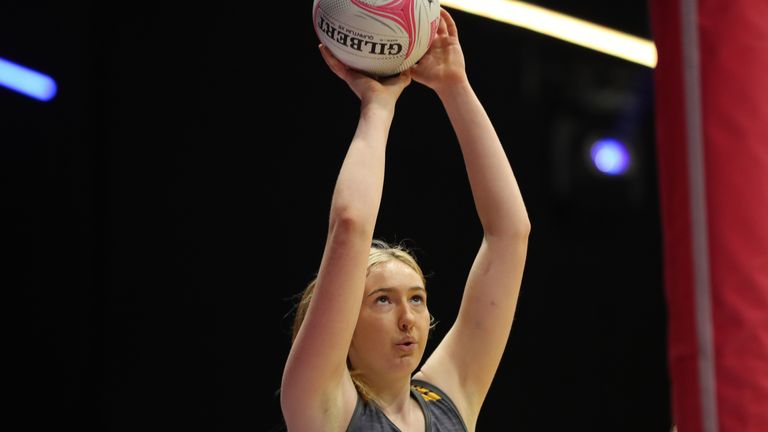 Coverage of the Vitality Netball Superleague continues on Friday, May 28 with two Round 17 matches live on Sky Sports Mix from 5pm, the contests mark the start of a 10-match weekend

This season, Rushton has stepped into a new environment and it’s one that’s taken everything up a level.

From day one Dan Ryan, Leeds Rhinos’ high-performance director and head coach, has made it clear that his programme is one that’s designed to challenge his players and see them grow. It’s a full-time programme and one that Rushton has embraced from the very first moment she arrived.

When the teenager signed on the dotted line, she did so with a clear understanding of the role that she’d be taking within the squad. Clarity of purpose for athletes is always vital and it’s something that leading (and successful) directors of sport recognise and manage well.

Looking across sports, Exeter Chiefs’ domestic and European double-winner Rob Baxter doesn’t sign players willy-nilly, instead he signs athletes for a reason, whether that’s to be a starter, impact player or a squad member. Tamsin Greenway was the same when she developed her Wasps Netball side from scratch, and took them to victory in their first Superleague season.

In speaking to Rushton and reading the words that Ryan said about every one of his signings when they were announced, it was clear that the Leeds Rhinos’ high-performance director also follows Baxter’s and Greenway’s route of signing athletes with a purpose in mind.

“In pre-season, we did a lot of work on what each player needed to do, our roles within the team and being open [about that],” Rushton said to Sky Sports.

“I was going to soak up as much knowledge as possible from the environment and be ready to make an impact if that change was needed on court.

“It did all turn on its head and I have learnt so much because of that,” she said, about having to take to court as a starter following Donnell Wallam’s broken arm on the opening weekend.

Rushton was quick to share that she doesn’t ever want to see a teammate become injured, however when it happened, she reacted in a way that Wallam would have wanted her to; the shooter up and delivered for her team.

During the ensuing rounds, Rushton made a Superleague court look like her home. Yes, she had some trickier patches and challenging moments in some games, but for someone who is 19 years old, with little previous Superleague game time, and who had to adapt on the spot, she excelled.

The shooter is no stranger to making a big stage her own though, as a 15-year-old she won gold at Netball Europe at U17 level and then she jumped to the U19 side during the same year for a tour to New Zealand.

Incredibly PROUD to have 5 of our inaugural Rhinos selected into the England Roses program!

What a great reward for their hard work & efforts! Brilliant talents, special humans ?

“Sienna is one of those players that’s old before her time almost, and I mean that in a good way,” Greenway said.

“She’s a really confident character and I think she’s shown that at Rhinos, one thing I’ve been really impressed with is how vocal she’s been. She’s really embraced her role.

“Mel Mansfield was the one who introduced me to her and brought her into Wasps. At the time we had Rachel Dunn, George Fisher and Sienna Rushton, it was like being in heaven… you looked at our squad and thought that it was pretty incredible having three generations of England’s best shooters together.

“She was a star then. I knew that she was going to be big and when she got the opportunity at Rhinos, I thought that it was incredible how she took it. She’s one of those anomalies who has the personality to back up her as a player.”

Personalities and the mental side of sport is something that is being spoken about more and more. Nowadays, high-profile athletes are openly discussing the work they do off the court/pitch, in the same breath as their physical fitness drills.

When 19-year-old Iga Swiatek won the French Open after going into it ranked 54 in the world, she often spoke about the importance of her sports psychologist Daria Abramowicz.

Abramowicz was there every step of the way and continues to be. She watches from Swiatek’s player’s box and is the person with whom Swiatek opens up to and leans on.

Swiatek, like Rushton, is wise beyond her years and knows the value of what she’s doing.

“That’s something I’ve become really aware of this season, before I didn’t quite realise just how important the psychological side of netball is.

“In sport, it’s really easy to say that you should just ‘do and not think’, but there are so many things to think about!

“When I’m out in the court I find it quite easy to play with freedom and let the ball go confidently, but as soon as you catch the ball and turn to shoot, that’s when you really need to control your thoughts.

“A lot of the time before I used to shoot, and still it sometimes now as it’s a process that I’m working on, I’d be thinking, what happens if it doesn’t go in?

“That would be the thought that was running through my head and it’s the most useless comment I could possibly have in my brain!! But, it’s natural.

“So, it’s just finding what works for you. I tried meditation and that didn’t really work for me, but I’ve got into hypnotherapy which has been awesome. It’s not like what you see on the television and someone say you’ll be asleep in 3, 2, 1… it’s more building confidence and taking processes and visualisation into practice and matches.”

Rushton’s work has already been put to the test and the validation that she gained from taking to court and delivering as a starting athlete, has helped her to further develop her thinking.

“It’s changed my mindset because now I’m hungrier for court time than ever. Now, I know that I can do it and deliver, so my brain is saying put me on, I know I can do it.

“When you look at our bench, it’s one of our major strengths. When we go into games, with respect, the other teams don’t always have the same level of depth that we do.

“It’s amazing how Dan has spent so much time investing in us and making every one of us feel so valued. During our win over Wasps [in Round 14] I didn’t get on court and yet, I woke up the next day and felt like I really contributed to the win.

“Dan had sent me a photo of me cheering on the bench and said that he loved it, that it captured our team and that I played such a big role over the course of the weekend.

“It’s things like that which galvanise us as a team and make sure that everyone feels part of it, and no-one feels left out.”

From speaking to Rushton, it’s clear that her move to Rhinos has been the perfect one, and one that has come at exactly the right time in her career.

Alongside Rhinos’ full-time programme, she’s studying for a degree in subjects that she’s “absolutely obsessed with”, namely Spanish and linguists.

Of course, it’s been a funny old year too; university life hasn’t been the norm with lectures happening on ZOOM and none of the social elements that first-year students would normally experience happening.

Then, the cancellation of the Netball World Youth Cup pulled an international rug from under her feet. She’d had being part of the starting seven for England as a long-term goal for four or five years, but now, with an England Futures call and Rhinos remaining in the top-four race, things are positive for Rushton.

“There’s definitely something really special about our group at Leeds Rhinos,” she concluded. “It really doesn’t feel like our first season together.

“I don’t think that there’s anyone else who could have done the job that Dan has done and done it so well. His personality, attitude and ethos are remarkable and so inspiring; it’s really opened my eyes as a young player.

“The group of girls that we have is a very special group. Everyone is so genuine and down to earth; we all just want to work incredibly hard for each other. Our culture, it’s something that you can’t touch but you can definitely feel. It’s incredibly special.”

Sky Sports is your home of netball. The Vitality Netball Superleague continues on Friday, May 28 with Round 17 and the start of a 10-match weekend, live on Sky Sports and streamed on the Sky Sports YouTube channel.