Root not drawn on future as captain after ‘gut-wrenching’ defeat 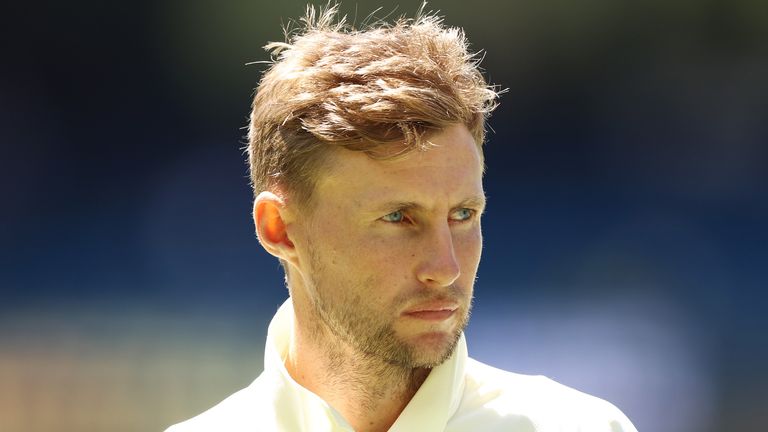 “My energy has to be all about trying to win the next game. I can’t be selfish and start thinking about myself,” says Joe Root after England tumble to defeat in Ashes series; skipper says his team must be “mentally very strong” heading into final two Tests in Sydney and Hobart

Joe Root would not be drawn on his long-term future as England captain following his team’s “gut-wrenching” defeat to Australia in the Ashes series.

England are 3-0 down with just two games to play after folding to 68 all out and an innings-and-14-run defeat to Pat Cummins’ side on day three of the third Test at the Melbourne Cricket Ground.

Root, appointed as Test skipper in February 2017, has seen his side crumble Down Under, with the mauling in Melbourne following a nine-wicket defeat in Brisbane and 275-run loss in Adelaide.

The 30-year-old, who also in charge when England were trounced 4-0 in Australia in 2017-18, is focussed on leading the side in the final two matches in Sydney and Hobart.

“My energy has to be all about trying to win the next game. I can’t be selfish and start thinking about myself,” said Root, who ends 2021 with 1,708Test runs at an average of 61.

“More than anything, we’ve got to keep looking to do everything we can to get the players in the best possible place to go and win Test matches.

“You’ve got to rally the players. That’s a big part of captaincy. You’ve got to try and instil that belief in every single one of your team and your squad. More than ever now.”

Speaking to BT Sport, Root said: “It is bitterly disappointing, gut-wrenching, everything you don’t want at this stage of the tour.

“The reality is that we have been outplayed thoroughly. We have underperformed. We know that and we know the areas we need to keep developing.

“We have two games left in this series and have to make sure we come away from this tour with something to shout about.

“We have to be resilient, mentally very strong and put some pride back into the badge, giving everyone watching us back home something to enjoy and celebrate.

“We all care deeply about playing for England, are proud to do it and need to put that into performances now.”

England’s faint hopes of keeping the series alive were pretty much extinguished late on day two as they tumbled to 31-4 during a ferocious 12 overs from Australia’s seamers, having already surrendered an 82-run deficit on first innings.

The tourists added just 37 runs to their total on day three as they were torpedoed for their lowest score in Australia since 1904.

England’s batting has been woeful all trip, with the visitors slumping to 147 and 297 all out in Brisbane, sinking to scores of 236 and 192 in Adelaide and then making only 185 in their first innings at the MCG before crashing to a series low second time around.

Root said: “We have to do things for longer.

“There have been small pockets but for nowhere near long enough to get yourself in a position to win a Test match.

“We know the areas we need to improve. We have to keep getting better, stay strong and make sure we look at the next two games as an opportunity to take something away from this tour.

“I thought the bowling was as good as it has been on the whole trip. We put Australia under pressure and got ourselves into a position where we were very much in this Test match. We need to be like that more frequently.”

Asked about the impact of Covid-19 – which has seen three family members from England’s touring party plus three coaches enter isolation after testing positive – Root said: “It is what it is.

“We have been playing in these times for a while now and have got used to dealing with this environment.

“All you can do is concentrate on what’s in front of you and front up.”