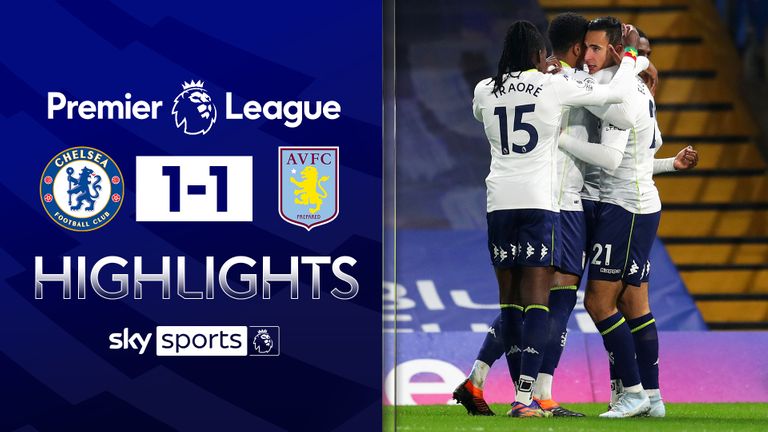 In the latest edition of Ref Watch, former Premier League referee Dermot Gallagher assesses the key incidents in the final round of matches in 2020…

INCIDENT: Anwar El Ghazi’s goal for Aston Villa against Chelsea is allowed to stand despite a coming together between Jack Grealish and Andreas Christensen in the build-up to the equaliser at Stamford Bridge.

DERMOT SAYS: “I think it should have stood as when the clash between Grealish and Christensen initially takes place, you can quite clearly see the referee Stuart Attwell signals to play on. He deems there to have not been a foul and I think both players involved are equally culpable so he’s within his rights to play on.

“Grealish sticks his leg out, and Christensen does the same so it’s hard to side with one player. Play then goes on for a long time. VAR can go back a certain distance to see if a goal is valid, but it’s very difficult to go back that far because the play had reset a few times.”

INCIDENT: Edinson Cavani’s goal for Manchester United against Wolves is ruled out for offside, but did Conor Coady handle the ball in the lead up to the strike?

DERMOT SAYS: “The ball definitely strikes Coady’s hand but you can see it’s into his side, so it’s where you expect it to be. He makes no movement towards the ball either so it’s almost as though he’s trying to take his arm away. Cavani is in an offside position, so I think both incidents are judged correctly. Coady would be very annoyed if that was given.”

INCIDENT: Should Crystal Palace have been awarded a penalty for a handball against Daniel Amartey during an aerial challenge with Christian Benteke?

DERMOT SAYS: “It’s a tough one to see which is why I think when it got looked at by the VAR, it was cleared very quickly because you couldn’t see it. Later on, we had some different footage come down, you see his arm up. It may well have been inspected a lot differently. If seen, it would’ve been a penalty. But at the time, they didn’t have the images we have now.”

INCIDENT: Crystal Palace defender James Tomkins fouls Leicester’s Luke Thomas inside the box to concede a penalty during the 1-1 draw at Selhurst Park.

DERMOT SAYS: “The referee Graham Scott has a good view of the incident. The Leicester player knocks the ball forward and the Palace defender dangles a leg. I think it’s a foul. I don’t think anybody would say that Tomkins didn’t foul him so the referee had no choice but to point to the spot.”

INCIDENT: West Brom feel they ought to have been awarded a penalty during their defeat to Leeds following a challenge by Rodrigo on Callum Robinson but Lee Mason waves play on.

DERMOT SAYS: “This is a difficult call as there’s so much grappling inside the box. Rodrigo has got hold of him, but the West Brom player has also got hold of Rodrigo. Both players are at it, and the referee has decided he doesn’t know which way to jump so he’s left it alone. As a referee, that’s normally a good thing as it’s very difficult to side with a person if you think both players are culpable.”

INCIDENT: Sheffield United appeal for a penalty after Josh Brownhill’s clearance off the line from Rhian Brewster’s header appears to strike his arm but referee Chris Kavanagh waves away the protests.

DERMOT SAYS: “Last year, this would’ve been a penalty. If the penalty was given, it would’ve been a red card. Because of this new cap-sleeves rule, the ball hits Brownhill high up – there’s no doubt about that. So this is permissible this year. But it’s extraordinary to think that last year, if he’s stopped it like that it’s a red card as well. It’s a massive change that creates such a difference.”