Rees-Zammit set to be released from Wales squad 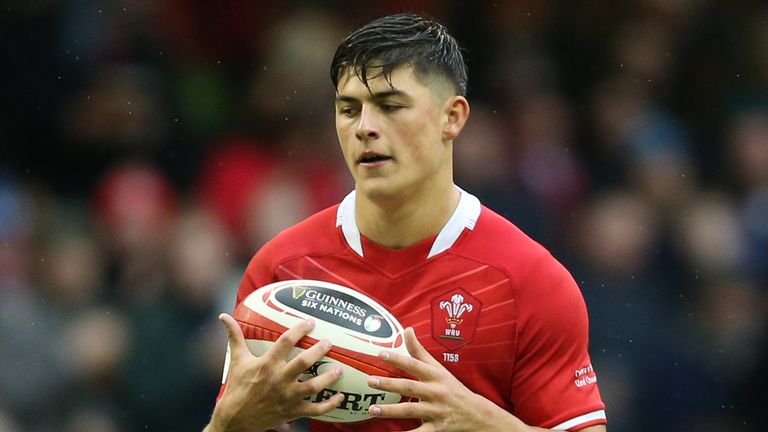 Wales winger Louis Rees-Zammit, who scored four tries in last year’s Six Nations, is set to be released back to club Gloucester; Alex Cuthbert, who will win his 50th cap, and Josh Adams are set to feature on the wings against England at Twickenham

Wayne Pivac is set to make a huge selection call by leaving Louis Rees-Zammit out of Wales’ team for Saturday’s Guinness Six Nations clash against England.

The Gloucester winger is expected to be released back to his club ahead of their Gallagher Premiership clash with Leicester Tigers. Players with English clubs are released back to them if they are not involved in a Wales match-day 23.

Rees-Zammit is one of the most exciting players in European rugby, scoring four tries during last season’s Six Nations and being picked for the British and Irish Lions’ South Africa tour.

The 21-year-old has carved out a reputation for scoring dazzling solo tries, which he underlined with a breath-taking score against Fiji during last year’s Autumn Nations Series.

And although Pivac will not announce his starting line-up for Twickenham until Thursday, Rees-Zammit is understood to have missed out. Sky Sports News have approached the WRU for comment.

Alex Cuthbert is, however, expected to be retained after Wales’ victory over Scotland last time out, with a fit-again Josh Adams returning on the other wing and replacing Rees-Zammit. Cuthbert is poised to win his 50th cap, being rewarded for an impressive showing in the 20-17 success against Scotland. Pivac has also been weighing up whether to recall Bath back-row forward Taulupe Faletau, who has recovered from a long-term ankle injury.

Faletau, capped 86 times, has made two appearances for his club this month, including a full 80 minutes in the 24-20 Premiership defeat against Leicester on Saturday, and he joined the Wales squad earlier this week.

It is thought that Faletau could feature at No 8 in the clash with old rivals England, being joined by Ross Moriarty and Taine Basham in the back row.