PSG hit out at Tebas over criticism of club’s signings 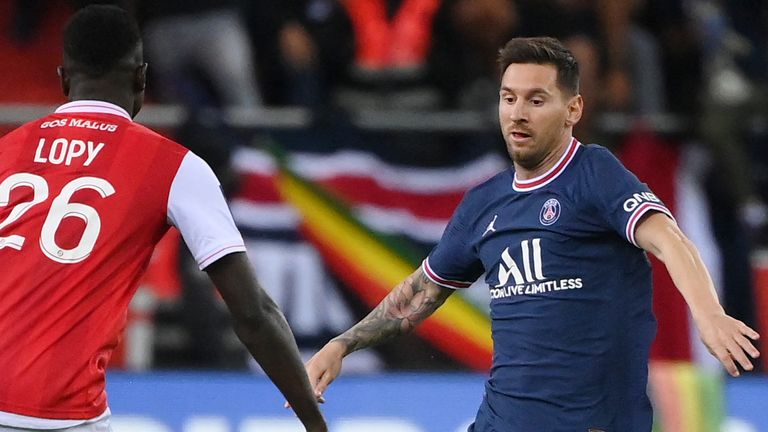 Paris Saint-Germain have hit back strongly at La Liga president Javier Tebas after he mocked the age of their players and the spending of the French club, by saying he should deal with the debt and “mismanagement” in La Liga.

Tebas, a long-standing critic of Qatar-backed PSG’s spending, told a news conference the club’s spending was dangerous for football after they signed 35-year-old Sergio Ramos from Real Madrid and 34-year-old Lionel Messi from Barcelona during the summer transfer window.

“PSG looks like the league of legends given the age of some players. La Liga has young players like Vinicius (Junior). The problem of PSG, we will solve it. What PSG are doing is as dangerous as the Super League,” Tebas said.

“We will continue to grow despite the departure of Messi. We will work against the club states. These clubs are as much enemies as the Super League.”

A letter from PSG general secretary Victoriano Melero said Tebas was engaged in “diversion” from Spanish football’s own problems and he should also deal with rebel clubs Real Madrid and Barcelona who remain committed to a breakaway European Super League project.

“Time after time, you allow yourself to publicly attack the French League, our club, our players together with players of other clubs and the fans of French football; while constantly posting insulting and defamatory statements insinuating that we do not conform to the football financial regulations, amongst other unsubstantiated statements,” Melero wrote in a letter on Wednesday.

“The French League did not, like your league, wait until recent years to take actions and put in place strong financial regulations,” he insisted.

“It is now publicly-known that certain Spanish clubs and your league are facing unsustainable levels of debt after gross mismanagement, not to mention the way Spanish football has been financed over the past decade including by the State.”

Real Madrid and Barcelona are battling huge levels of debt and have struggled to compete in recent transfer windows.

Melero said Tebas was “disrespectfully attacking the players, simply because they decided to leave your competition”, after enjoying the benefits of top players for many years.

“Your remarkable comments on the age of these players not only insults their past and current roles in defining how our great game is played, but also the millions of fans around the world who idolise them,” added the PSG official.

“I am quite surprised you are not focusing more of your attention on the two clubs in your league that remain steadfastly focused on breaking up your league, and European football as a whole,” Melero said.

“We invite you to focus on solving your domestic issues, which you are responsible for, and to stop your transparent and repeated diversion attempts.”

The French League (LFP) also said Tebas should focus on his league’s own problems.

“The LFP asks Mr. Javier Tebas to watch his outrageous statements,” which were “not worthy of the institution he represents,” the LFP said in a statement.

“However, the LFP wishes to point out that the financial largesse from which Spanish clubs have benefited for many seasons and which is at the root of the current problems, is neither its responsibility nor that of Paris St Germain.”