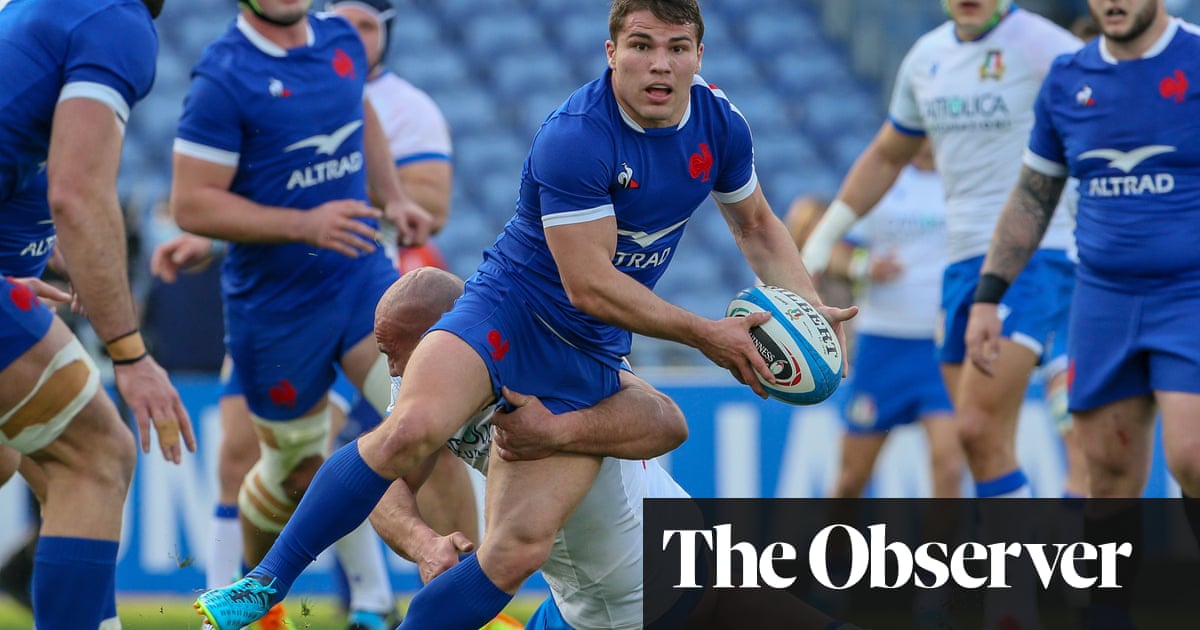 Ireland have never started a Six Nations campaign with back-to-back defeats and if they could choose a side to play after last Sunday’s reverse in Wales and the loss of a core of experienced players, a resurgent France would be last on the list.

Les Bleus are the favourites for the title following England’s defeat to Scotland, but France are still on a voyage of discovery. “You have to be prepared for any challenge, anywhere and against anyone,” says Fabien Galthié, who spoke about Ireland’s settled style of play before noting that the presence of Billy Burns and Jamison Gibson-Park at half-back – the first time one or other of Johnny Sexton and Conor Murray has not started a Six Nations match since Cardiff in 2011 – added a pinch of unpredictability. “You have to prepare to experience chaos. We have to be ready for the unexpected, even if we do not think Ireland will change the way they play too much.”

When Galthié took over as head coach after the 2019 World Cup, he inherited a side that had spent most of the 2010s scratching around in the bottom half of the Six Nations. They lost more matches at home in the decade than England, Wales and Ireland but it was away from Paris where they were lacking, without a win at Twickenham since 2005, Cardiff since 2010 and Dublin the following year.

They won at the Principality Stadium a year ago and a victory at the Aviva Stadium would set them up for the fourth-round trip to face the champions at Twickenham.

There was a time when Ireland were chaotic, usually after their first burst of opening energy exhausted itself and their gameplan unravelled, but under Joe Schmidt they became the most methodical of sides, eschewing risk almost to the point of elimination. Andy Farrell, who was promoted at the same time as Galthié, has given his players more of a licence to thrill, but it was more a case of spill in Cardiff when handling errors in their own half led to Wales’s opening try.

Ireland were within a converted try of winning the game at the end when Burns, who had come on 11 minutes before for the concussed Sexton, missed touch from a penalty just inside Wales’s half in the last play of the match. They had played for all but the first 11 minutes without Peter O’Mahony, who was sent off for a needlessly dangerous challenge at a ruck, the last 55 without the second row James Ryan and the final 10 without their pilot, Sexton.

Did the closeness of the match say more about Ireland or Wales? Sunday will supply a clue. For all their possession in Cardiff, they struggled to break down a defence that was so porous last year that Byron Hayward was sacked as coach.

“We have been here before,” says the Ireland No 8, CJ Stander. “We just need to get away from the wall and keep on pushing. We have lost a few players, but we have a massive squad and we will have opportunities. We may not have won in Cardiff, but we can be proud of what we did.”

Farrell has lost 228 caps in Sexton, Murray, Ryan and O’Mahony, but says the disruption did not amount to much. He would, wouldn’t he, but having come under pressure to look to the future after defeats to England and France he now has the chance, although at 30 the back-rower Rhys Ruddock is making his first Six Nations start at a more advanced age than most.

“There will be no fear in Billy or Jamison,” says Farrell, but unlike Galthié he is not making changes from a position of strength. France feel able to leave out the wing Teddy Thomas, with Damian Penaud considered to be more reliable under the high ball, which may be a touch lower in Murray’s absence, and the flanker Dylan Cretin, try-scorers in Italy last Saturday.

Ireland have developed a squad with the depth of England’s, but France, confident once more, do not play with the same constraint, led by their ebullient scrum-half, Antoine Dupont. With stadiums now full of empty seats rather than fans, travelling raises fewer alarms. Ireland face another afternoon of digging in.