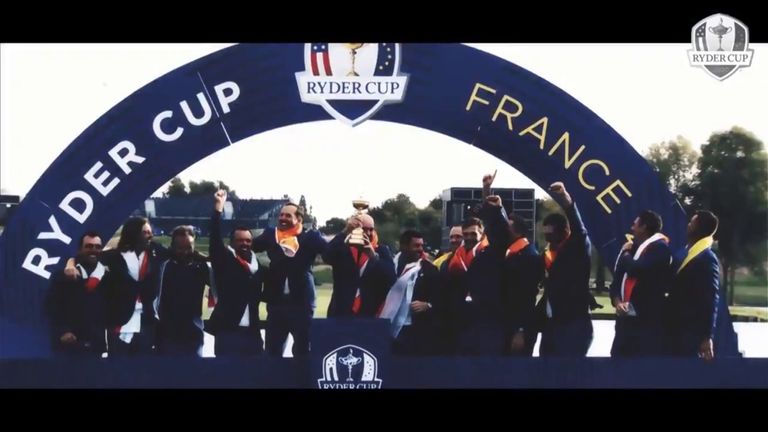 Team Europe captain Padraig Harrington showed his players a video ahead of the Ryder Cup emphasising that they are part of a very small group to have played in the event; watch the Ryder Cup on Sky Sports, with the Day 1 Foursomes beginning at 1pm on Friday

Sergio Garcia and Lee Westwood have revealed how Padraig Harrington has looked to inspire Team Europe ahead of the Ryder Cup with a “powerful” video about them being part of an elite group.

Each player on the team has been allocated a number in their order of appearance, with Westwood, who is competing in a record-equalling 11th Ryder Cup, the lowest at 118, and Garcia at 120.

“It was very powerful,” said Garcia.

“I didn’t know my number. I’ve always known that being a part of the Ryder Cup team is very difficult, but I didn’t know that only that little amount of players have made it. So that showed you how difficult it really is.

“That’s why every time I’m a part of a team or the rest of our team-mates, that’s why we give it the respect that it deserves, because it’s so difficult to be a part of it. It’s an honour, and we treat it like that.”

Westwood added: “It’s something to be very proud of, being able to pull on the clothing with the European team crest on it.”

Rory McIlroy, who is No 144 as he plays in his sixth Ryder Cup, says the fact it is so hard to get on the team brings everyone “closer together”. “It’s a small collection of people that have played for Europe in the Ryder Cup. I think that’s what brings us very close together, and that’s been one of our sort of big focus points this week is just being here is very special and being part of a European team.

Asked what has been the secret to his success, he said: “I’ve obviously had amazing partners, so I’ve obviously done some good things myself. But I’ve just been able to gel nicely with all the partners that I’ve had, and we’ve had an amazing time. I’ve been very thankful for that.

“But I think at the end of the day, like I was saying, the main goal is the team and where the team wants to head to, and that’s what we always try. You kind of put yourself aside for this week and just enjoy it with the rest of your teammates and everyone around.” 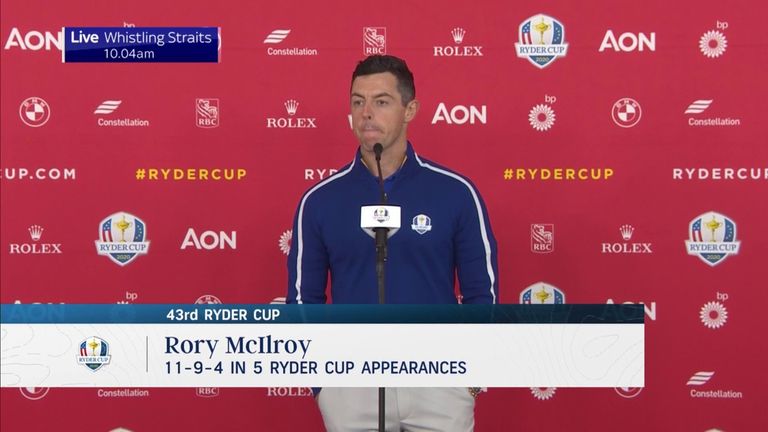 Reflecting on his own Ryder Cup success, Westwood said: “I think I get on pretty well with everybody. If somebody partners me I’m a pretty straight hitter of the ball. I hit a lot of fairways, hit a lot of greens. That’s sort of what my game has been renowned for. I do make putts when I need to, despite what people’s opinions might be.

“I just try and make my playing partners comfortable and let them just do what they’re doing. That’s really what I learnt from playing my first one with Nick Faldo. He was there to back me up, and I knew he was always going to be there, and just let your playing partner get off and express themselves.

“The best player to ever do that was Nicolas Colsaerts in his first-ever match in a Ryder Cup in Chicago. He went out and shot 10-under, which was a phenomenal debut. Only came in once that day, but I’d like to think that he just felt comfortable that I was going to be there if he needed me. That’s just the way I’ve always tried to be out on the golf course.”