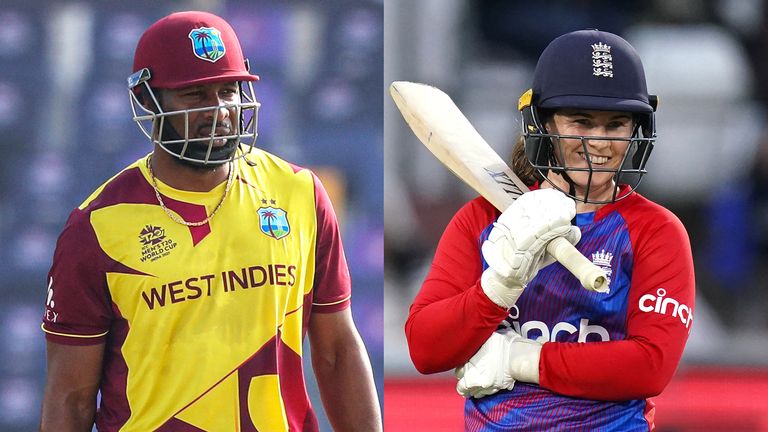 Kieron Pollard was taken with the first pick of The Hundred men’s draft, while England Women’s opener Tammy Beaumont joined Welsh Fire as their new captain as teams boosted their playing squads ahead of the 2022 tournament.

The 2022 men’s draft saw a total of 585 players registered, but there were only 42 remaining spots to fill across the squads for the second season of the 100-ball tournament. This is due to over 150 men’s and women’s players from 2021 having already been retained by their teams on ‘Deadline Day’ in February.

Lanning and King team up again with Trent Rockets along with Du Preez, Haynes joins Beaumont in Wales, while Schutt lands at Lord’s with London Spirit, as does Kerr. Dottin, meanwhile, moves from the Spirit to Manchester Originals for the 2022 tournament.

The Spirit had the coveted first pick of the men’s draft as a result of finishing bottom of the standings last year and selected Pollard at the highest reserve price of £125,000. As the first round continued, fellow Windies stars Andre Russell landed with Manchester Originals, Dwayne Bravo with Northern Superchargers and Sunil Narine re-signed with Oval Invincibles.

Also taken in the first round were Australia’s Matthew Wade and South Africa’s Quinton de Kock, who landed with Birmingham Phoenix and Southern Brave, respectively, while with Australian all-rounder Marcus Stoinis also joins up with the Brave, the defending men’s champions from 2021.

Among the domestic talent snapped up early on, Nottinghamshire batsman Joe Clarke was taken by Welsh Fire with the second overall pick, while England-capped Tom Banton ends up back with the Fire, who he played for in 2021, and Liam Dawson joins the Spirit. Fast bowler Olly Stone, also capped at international level, was picked up by the Phoenix in the second round.

In the women’s competition, joining Beaumont among the biggest-name domestic movers is her oft-international opening partner, Lauren Winfield-Hill, who moves from Northern Superchargers to reigning champions Oval Invincibles. England left-armer Phoebe Graham also leaves the Leeds-based Superchargers, crossing the Pennines to Manchester Originals, while Fran Wilson and Alex Hartley join up with Beaumont in Cardiff.

Beaumont said of her move: “I’m beyond excited to be leading Welsh Fire this summer.

“I loved my time with London Spirit but the opportunity to captain Welsh Fire was something I couldn’t turn down.

“We are building a really talented squad, full of world class players and we can’t wait to get out in front of our amazing fans in Cardiff and put on a show.”

Sanjay Patel, managing director of The Hundred said: “With a host of star players confirmed, The Hundred will have fans on the edge of their seats with world class sport, as well as bringing more family-friendly entertainment off the pitch.”

Elsewhere in the men’s draft, a pair of leg-spinners were snapped up in the second round as the Fire claimed Australian Adam Zampa at £100,000 and the Originals added Sri Lanka’s Wanindu Hasaranga to their overseas contingent.

As the draft continued, with players available to be signed at seven different salary bands down to £30,000, Pakistan veteran left-arm quick Wahab Riaz was snapped up by the Superchargers for £75,000, while fellow countryman, the 19-year-old tearaway Naseem Shah joins the Fire for £60,000. Matthew Fisher – recently capped by England on the Test tour of the West Indies – was taken for £50,000 by Birmingham.

Following the men’s draft, each side is still to make two further picks, which will be confirmed in June. One of which is a further overseas wildcard player, as well as the Vitality wildcard where teams will select an additional player for a £30,000 slot based on the strength of their domestic performances during the early part of the summer.

Here’s how the squads look after draft day…

Sky Sports will show every game of The Hundred live this summer, starting with the opening match on Wednesday August 3 between defending men’s champions Southern Brave and Welsh Fire at The Ageas Bowl.

The women’s competition begins a week later on Thursday August 11 following the conclusion of the 2022 Commonwealth Games in Birmingham where women’s cricket is making its debut.

Reigning champions Oval Invincibles will face Northern Superchargers in the opening women’s game in The Hundred, which will be the first men’s and women’s double-header of the 2022 competition.

Invincibles vs Superchargers will take the evening slot at The Kia Oval, after their respective men’s sides meet earlier in the afternoon in south London.

From then on, every matchday will see men’s and women’s fixtures on the same day, with every game available to watch live on Sky Sports.

Women’s matches to be played first unless otherwise stated