Pep: Chelsea defeats have no bearing on CL final 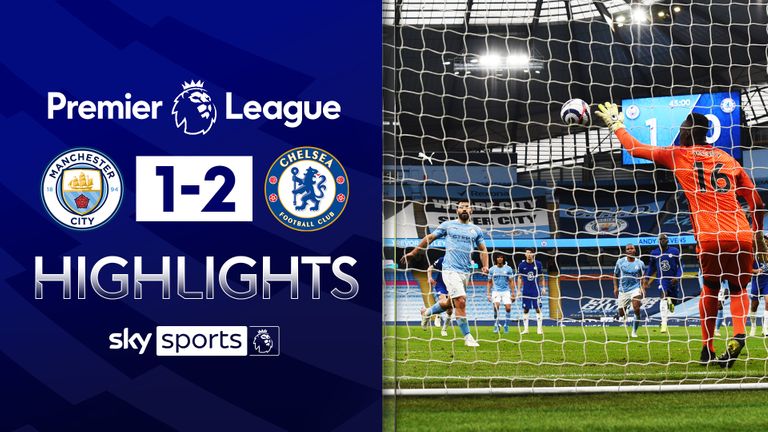 Pep Guardiola is sure Manchester City’s second loss to Chelsea in three weeks will have no bearing when the sides meet in the Champions League final at the end of the month.

City passed up the chance to seal their third Premier League title under Guardiola on Saturday as Sergio Aguero missed a penalty before Chelsea came from behind to win 2-1 at the Etihad Stadium.

Chelsea were also the victors when the teams met at Wembley in the FA Cup semi-final last month, but on both occasions Guardiola made several changes to his side and kept Phil Foden and Ilkay Gundogan out of the starting line-up.

As such, it could hardly be said that either game was a dress rehearsal for the European showpiece on May 29.

“I’m pretty sure for the final of the Champions League we’ll be ready to compete and play the best game we possibly can,” Guardiola said.

“Now the FA Cup and Carabao Cup are over, we have to focus on winning the Premier League. We still have to get the points – when we get the points, we will be champions.

Rivals Manchester United ensured the wait for the title went on with their now customary recovery from conceding away from home, rallying for a 3-1 win at Aston Villa on Sunday afternoon.

Ole Gunnar Solskjaer’s side could move to within four points before City play again as they navigate home games against Champions League-chasing Leicester and Liverpool on Tuesday and Thursday before Guardiola takes his side to Newcastle on Friday.

Asked if pressure could get to his side in such a scenario, Guardiola said: “I don’t know. We’re going [aiming] to win at Newcastle like we have done in all the seasons and all the games.

“It’s still not over, you have to win the games and we’re going to try to do it in the next game against Newcastle. If this is pressure to win the title, this is the pressure I want, and we need this type of pressure to be a top side, a top squad.

“[Against Chelsea] we did our best to win, we had the chances, unfortunately it could not be possible for different reasons, and we’re going to prepare now, mentally, with one or two days off and after we’re going to focus, analyse Newcastle and try to win the game.”

Tuchel: We have true belief for final

Thomas Tuchel claims Chelsea will prepare for the Champions League final in the “true belief” they can beat Manchester City.

The German said: “I said before it would not change too much, no matter what result came out of this game.

“I will stick with that but surely it’s not a disadvantage for us to have this experience, in such a short time, of beating them twice.

“We know very well that if you play a final, it’s very special and you fight for every centimetre and every advantage that you can make to win the game.

“But, yes, it gives us the true belief that we can do it because we’ve already done it. We’ll try to conserve the feeling and this momentum for our arrival in Istanbul, because we’ll arrive with a clear target and a clear objective to win.

“The best way to play a final is to be self-confident and I think we can conserve this feeling from these two matches.”