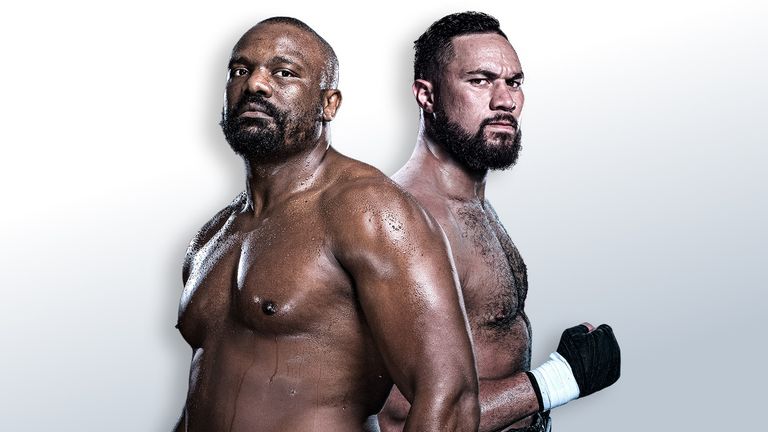 Parker parted ways with Kevin Barry, who previously led him to the WBO heavyweight championship, after a win over Junior Fa last month.

He will now be trained by Lee, who is part of Fury’s inner-circle, ahead of a crunch clash with Derek Chisora on May 1, live on Sky Sports Box Office.

“He said Andy would be perfect. Five days later I was on a plane flying to Ireland.

Former world middleweight champion Lee now trains his own stable of fighters and works in the corner for WBC heavyweight titleholder Fury alongside Sugarhill Steward.

Lee’s peak years were spent training at the Kronk gym in Detroit, under Sugarhill’s legendary uncle Emanuel, and that influence has now been passed to Fury.

Parker, Fury and Lee have spent time training in the same gym this week – Fury is preparing to face Anthony Joshua, with a date and a location still needed to finalise the undisputed title fight.

“A little bit of Kronk would help change things up,” Parker said of his own style.

“It’s exactly what I need for Chisora. It’s probably what I needed for Dillian Whyte, to not be bullied and chased and thrown around the ring.

“I didn’t prepare that way for the Whyte fight. But I should for this fight.”

Parker said about uprooting his training camp: “I was with Kevin for eight years so became used to his way of doing things but Andy has shown me a few other things. We clicked from the beginning.

“I was so used to the training we had, flying to Vegas, the same routine. I’m not getting younger. I want to achieve in boxing. Kevin and I decided it was a time to try something else.

“This is a new excitement, it is new and different. I’m challenging myself.”

Parker’s manager David Higgins said about Lee: “He’s schooled in the Emanuel Steward method at the Kronk gym, having lived with Emanuel. He’s an experienced boxer, who was also a world champion.

“He’ll be young and hungry by trainer standards, but he’s got good credentials, and we’ve heard good things.

“I think at this stage, Joseph is probably at a crossroads in his career and if he wants to seriously become world champion again and unify, which is every heavyweight’s dream, he’s got to be all in. You can’t really do it by halves.”

Both Parker and Chisora will have a new trainer in their corners for the fight.

Buddy McGirt has been appointed to lead Chisora for the first time.